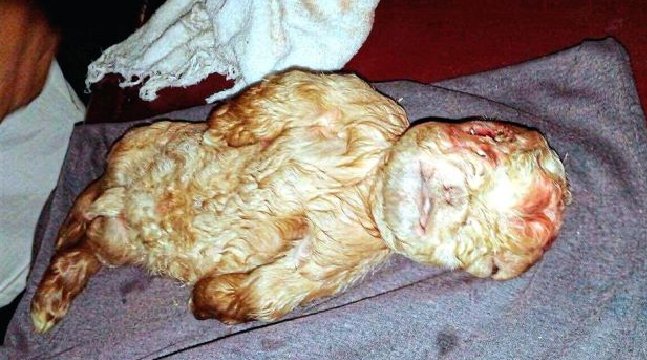 A goat from Felda gave birth but what looked like a human baby. The baby goat who came out from it’s mother’s womb was deformed and did not live to see the world.

Images of the creepy baby goat made its rounds on Facebook, where Malaysians from all over the country expressed how much it looked like an actual human. 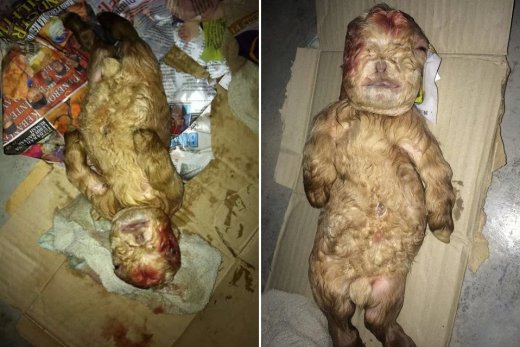 The kid belonged to Felda settler Ibrahim Basir who received offers to buy the carcass, especially as a collector’s item. He refused the money offers from interested parties and the carcass was handed over to the Veterinary Services Department instead.

The 63-year-old owner has decided to hand it over to the department to carry out further investigation on the strange-looking goat.

Ibrahim of Felda Sungai Mas mentioned how surprised he was when he found that his goat had given birth to the kid that had the features of a human baby.

He said he was actually informed about the deformed goat earlier by his business partner Jamaludin Abdul Samad, 50. He was notified around 11am on Friday that some parts of the baby goat looked like a human infant, especially its face. If people didn’t know any better, one would think the round shaped head looked exactly like that of a humans’ except it had a furry body and hooves.

“When I went to check, I was quite shocked but fascinated too as its face, nose, short legs and even the condition of its soft body seemed like a human baby, but the light brown fur covering its whole body resembles that of a goat,” he said yesterday.

He added that despite the features, the kid did not have any umbilical cord.

“We kept the kid’s carcass in a polystyrene box filled with ice cubes before taking it to the district veterinary office at around noon yesterday,” he said.

Ibrahim said the when they found it, the baby goat was already dead. They believed that it had been trampled by its mother or due to other complications.