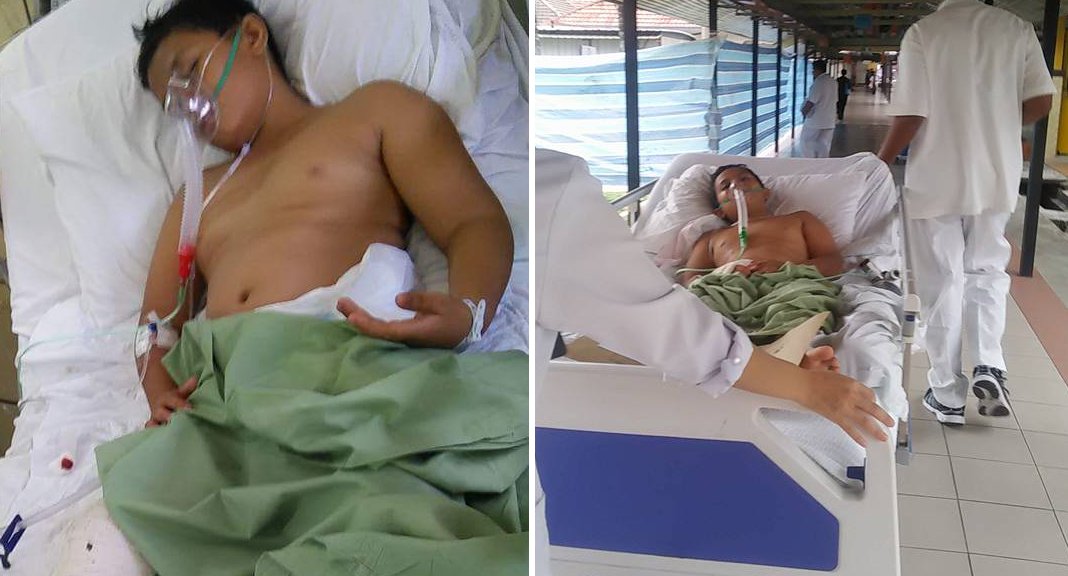 During our school days, we have all either been a bully, bully victim, or witness of bullying cases. Back then, bullying was such a rampant and common problem. However, over the years, this problem died down pretty well. Thank goodness!

Unfortunately though, bullying is still a proceeding issue even though it isn’t an epidemic anymore.

The parent of a bully victim, Liza Yusof shared on a Facebook post about the condition of her son after being bullied. The poor boy sustained a broken leg, injury to his kidney and a bacterial infection. 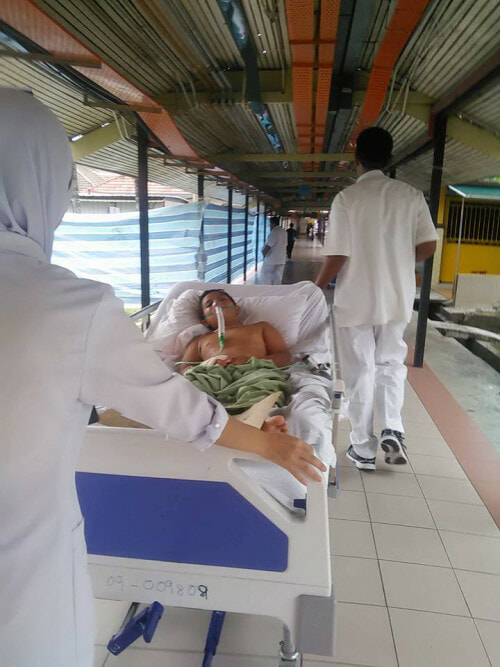 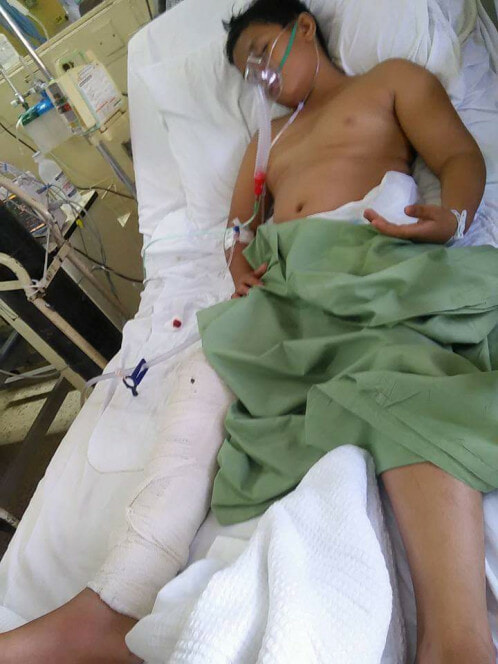 It is unclear as to why he was beaten up so badly, but it was so bad that he was put in the Intensive Care Unit (ICU) of a local hospital. Apparently, a 15-year-old boy had beaten up this 13-year-old boy near a mosque.

EDIT: Many netizens (myself included – sorry about that) mixed up this bullying case with a different case as the two cases appeared at the same time.

Liza, the mother of the first bully victim also tried to correct netizens about the mix up. Both cases are completely unrelated but only took place around the same timing. We apologize for being as confused as the other netizens. 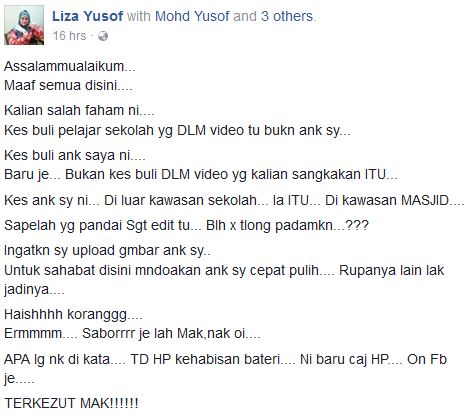 In the other case, a video of a student being bullied by his schoolmate surfaced and it garnered a whole lot of attention due to the lack of restraint in the bullying.

In a classroom of a school in Sabah, a student was bullying his schoolmate by yelling abusive words and beating him severely.

The bully even went to the extent of punching, kicking, and even hitting the other boy with a chair! Worse, he actually took him by the neck, seemingly choking him. 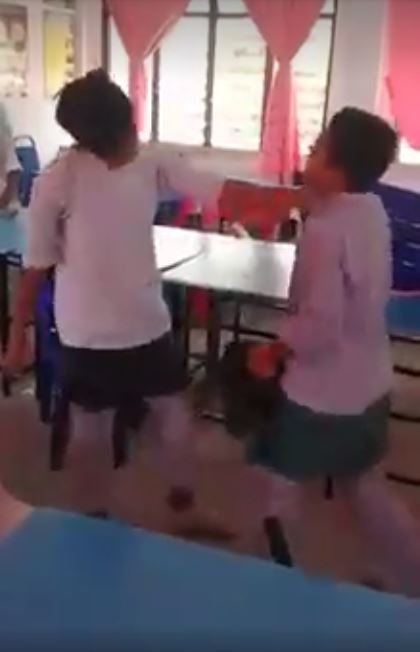 It is incredibly sad how there were people in the classroom during the incident but none of them tried to stop the bully. Some of the students were even laughing at this incident.

When one student tried to subtly disrupt the raging boy, the angry kid threatened the student by trying to throw a chair at him.

Although the victim did not fight back, it still did not calm the angry boy down.

The video which was shared by Putera Izman.com on Facebook has garnered many angry netizens calling for action against the bully. Some netizens slammed the classmates as well for not stepping in to help while some shared their experience of being bullied and how they overcame it.

However, not long after the video went viral, some of the parents of the students who were in the classroom mentioned that the victim had apparently mocked the boy, hence making him lose his temper and beating him up.

According to Jue, whose son was a witness of the incident, apparently the victim was poking fun at the bully about his father’s death. The boy tried to be as patient as possible, but after receiving continuous mockery, he could not take it anymore and lashed out.

Despite the victim’s rude actions, many mentioned that the other boy took it took far – even though the victim touched upon a very sensitive issue.

I suppose it’s better to keep to the saying, “If you have nothing nice to say, don’t say anything at all.”