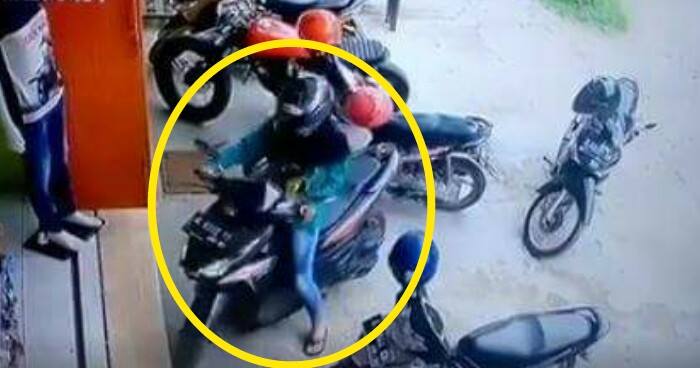 It’s unfortunately common to hear people going, “Eh this person don’t know how to drive is it?? Must be female driver!” We know it’s just stereotype ok!

But recently, a hilarious video from Indonesia went viral, further supporting this perception.

The video depicted a lady on her motorcycle trying to back out of where she is parked.

However, as there were several motorcycles surrounding hers, so she had trouble trying to get it out, Coconuts Jakarta reported.

The video was uploaded by Imam Masrufi and it went viral with over 4.2 million views in just two days!

In his caption, he said,

“Sis, it is better if you take public transportation. I’m tired just from watching.”

The lady had tried to maneuver out of the tight spot by going back and forth 41 times! But to no avail! Kesian!

She even had to move two other motorcycles around her 3 times before successfully leaving the small space.

The identity of the motorcyclist is unknown and it is for the best too. Because netizens pronged into the comments section of the video to share their views.

Some of them were rather nasty. They wrote demeaning messages such as “Why so stupid?”.

Others just found it very funny.

“Success takes hard work, bro. May everyone be successful.”

Watch the lady try her best to get out of the tight spot here: