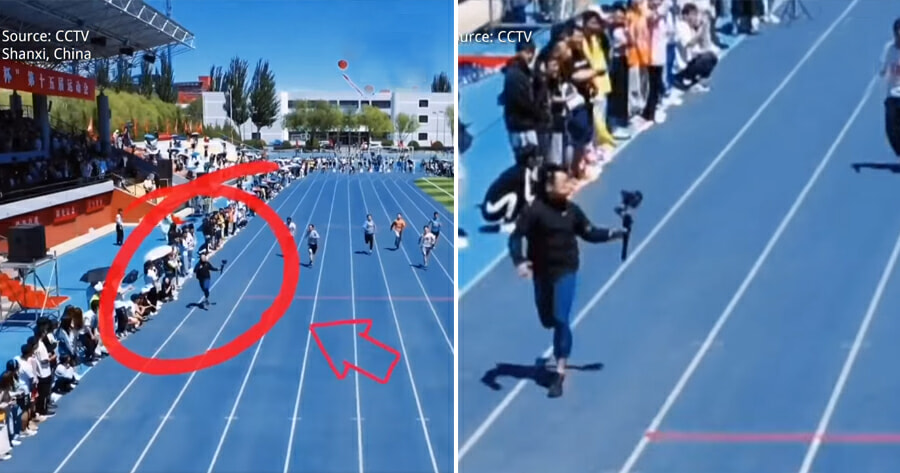 If you’ve watched sports events on TV, especially for sprinting or long jump competitions, you would know that in order to capture every single moment, the camera has to be placed on either a drone or a moving contraption that can keep up with the speed of the athletes.

One cameraman proved himself to be self-sufficient, with no need for any fancy moving machine after he was seen keeping ahead of runners during a 100-metre sprint!

According to SCMP, the man is a college student at Datong University in northern China’s Shanxi province.

A video of him keeping pace with the competitors has since gone viral and he has earned the praise of netizens.

The video shows him waiting slightly ahead of the runners, and once the race starts, he blasts off and manages to keep the same pace while holding the camera.

While some netizens questioned if the footage would be shaky, others responded that he was using a gimbal, which functions as pivoting support that allows the camera to be independent of the movement of the one holding the gimbal.

Others commented that he should be named the winner while others wanted to know where they could find the footage from his camera.

Also read: Fireman In China Runs Out Mid-Shower With Shampoo Still In Hair After Hearing Siren! 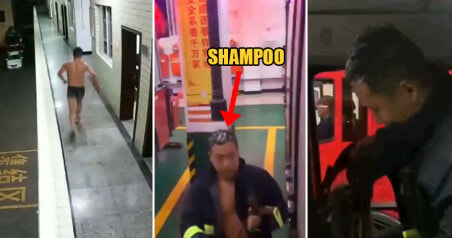