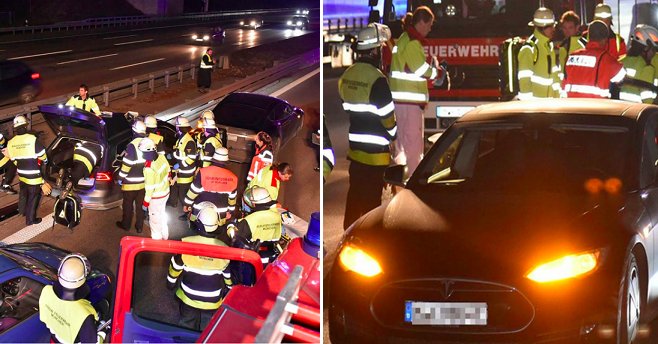 Generally, drivers would steer their car out of the way upon noticing an out-of-control car to avoid damaging their precious vehicle. But this heroic man did the exact opposite.

On February 13, a man driving a Tesla Model S sacrificed his precious vehicle to slowly bring an out-of-control Volkswagen Passat to a halt, thus preventing a catastrophic accident and saving the Passat driver’s life. The incident took place in Munich, Germany.

According to Jalopnik, the Tesla driver was cruising on the highway when he noticed the Passat swerving erratically from left to right lane, slamming the guardrail multiple times in the process. Luckily there wasn’t any car beside the Passat.

Acting on his instinct, the man believed that the Passat driver to be unconscious and quickly called the fire department.

After alerting the authority, the 41-year-old man drove his $100,000 (RM440,000) worth of Tesla Model S in front of the Passat and tapped his break to act as a barricade for the Passat. 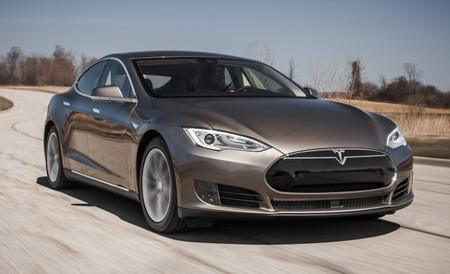 The two cars then slowly came to a dead stop without crashing into other road users. 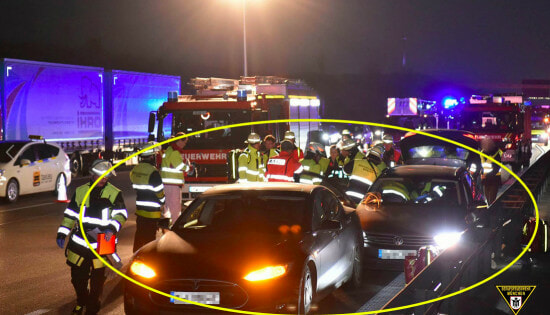 Shortly after, the fire department arrived and provided first aid to the Passat driver. It was reported that the driver most likely suffered from a stroke while driving, thus losing control of his car. 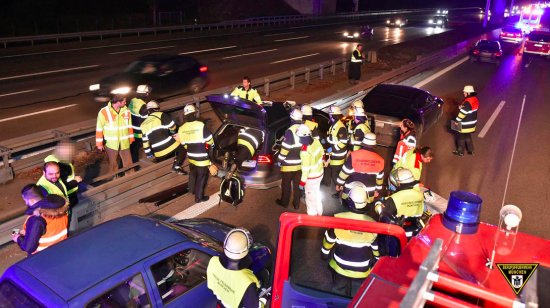 The police on the scene were amazed by the heroic action of the man for sacrificing his Tesla to save the 47-year-old man. The combined damage of both cars was estimated at 10,000 Euros (RM47,189).

When contacted by the media, the Tesla driver said:

“I didn’t think much at that moment. I just wanted to save the driver in front of me.”

After his heroic action went viral on social media, the CEO of Tesla, Elon Musk praised the heroic action and offered to repair the damaged Tesla. 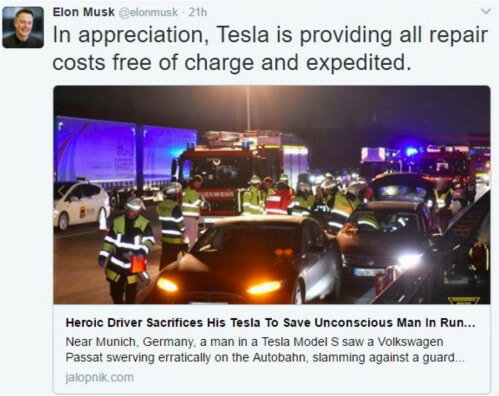 “Congrats to the Tesla owner who sacrificed his own car to bring another car with an unconscious driver safely to a stop! In appreciation, Tesla will repair his car for free,” said Elon.

If anyone should receive a medal, it’s this Tesla driver. He clearly put his life in line and sacrificed his car to save another man’s life. Frankly, not many people would do so.

Before Musk’s offer to compensate the heroic driver, the driver said, “I do not know if the insurance pays. The most important thing is that the man is all right again.”

Kudos to you, sir!