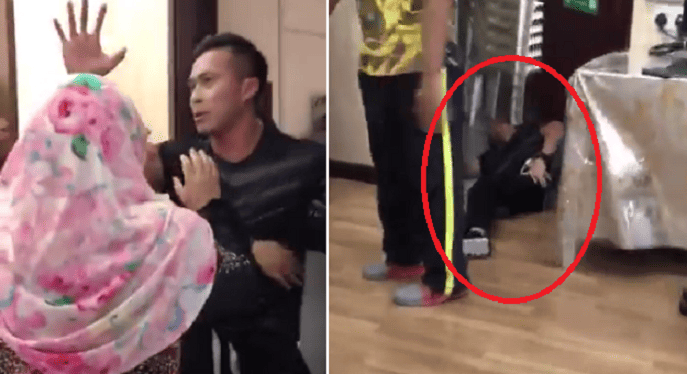 Teachers punishing unruly students to keep them in line have been a norm for as long as we can remember. However, two recent video clips that have been circulating on social media, showing a muscular man acting like the Hulk to his son’s teacher. 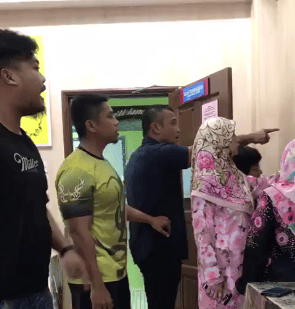 According to Oh! Media, the father was furious when he discovered that his son had been punished by the teacher for some unruly behaviour. The brawny dad who is believed to be from the army confronted the teacher at the school as he was displeased that his son was punished.

In the video, he can be seen shouting and threatening the teacher while several female teachers try to calm both parties down. The furious father isn’t even fazed by a teacher threatening to call the police and even dares her to do so. What is going on lah?

Apparently, the teacher was allegedly beaten up so badly that he had to be admitted into the hospital for internal bleeding at the stomach. 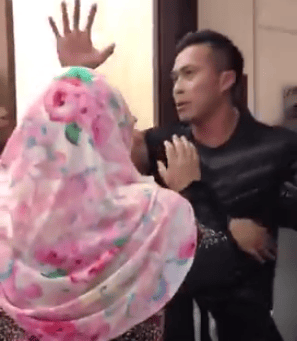 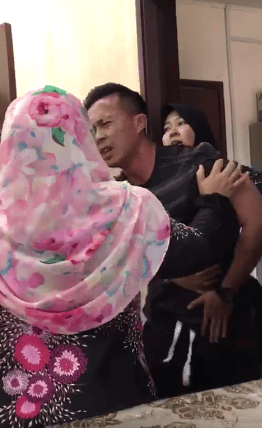 The videos did not provide much information and got netizens wondering what on earth is happening. However, a few days later, more info surfaced and here’s what’s being said about the cause of the ordeal:

Based on the comments on a Facebook page, the alleged cause for the whole scuffle was because the teacher caught the student smoking and had taken disciplinary action against the student. Sarawakiana also reports that the student had been rude to the teacher when he was caught so the teacher had gotten angry. He got provoked into being rough to the student which caused the boy to go home and complain to his father. 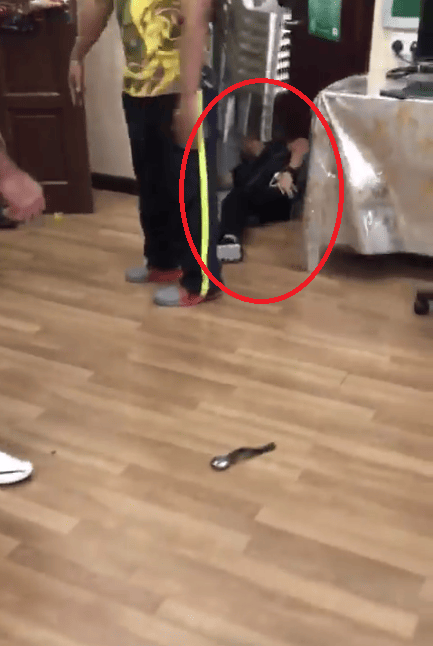 One netizen said, “The father went to school with his brother with the intention of having a civil discussion with the teacher about the incident and asked for proof that his son had been smoking. The teacher told him that his son had committed an offence but would not admit his fault.”

The case has been amicably resolved according to Kepoh Kuat, but the angry father had been fired from his position in the army as a result of the viral videos.

No matter who is wrong or right, violence shouldn’t have been used to settle the issue! 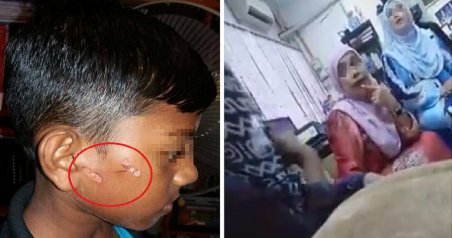