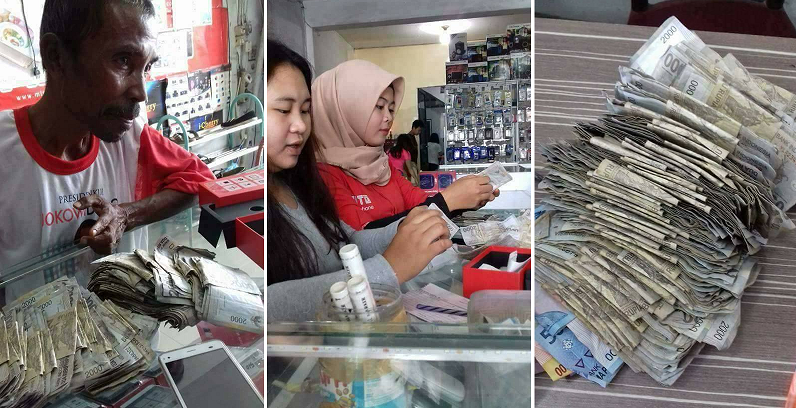 A few images surfaced on Facebook depicting a man with his cash in what appears to be a mobile phone store.

The man is claimed to be from Indonesia and can be seen seated in a store while he waited for the two female personnel infront of him.

He’s quite obviously not living a very comfortable life as the skinny man had brought a bundle of his small cash notes to buy the gadget. 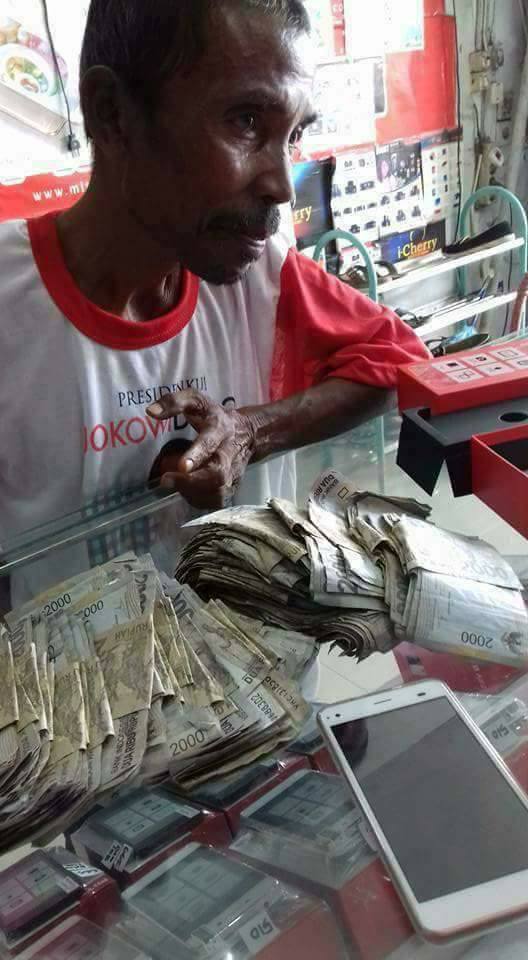 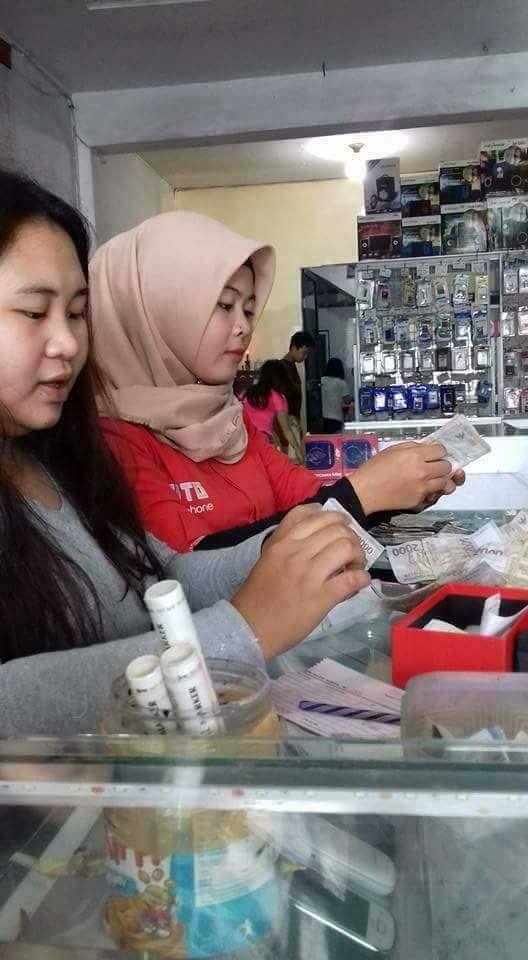 “The story about a father in Indonesia who’s willing to give up his hard earned money he gained from his road side stall that amounts to IDR 6 million (RM2,000). All this just because he wanted to buy his daughter a smartphone.

“His daughter who’s only in her teen years said she did not want to go to school because she’s embarrassed that she didn’t own a smartphone.”

There’s no confirmation of the source of the image or whether the story is true but the heartbreaking post entailed the huge sacrifice of a parent to his child and it summoned a lot of onion-cutting-ninjas, prompting everyone to express their sympathy for the man.

“The father is obviously doing whatever he can to make the daughter happy. This is just heartbreaking.” one user wrote. 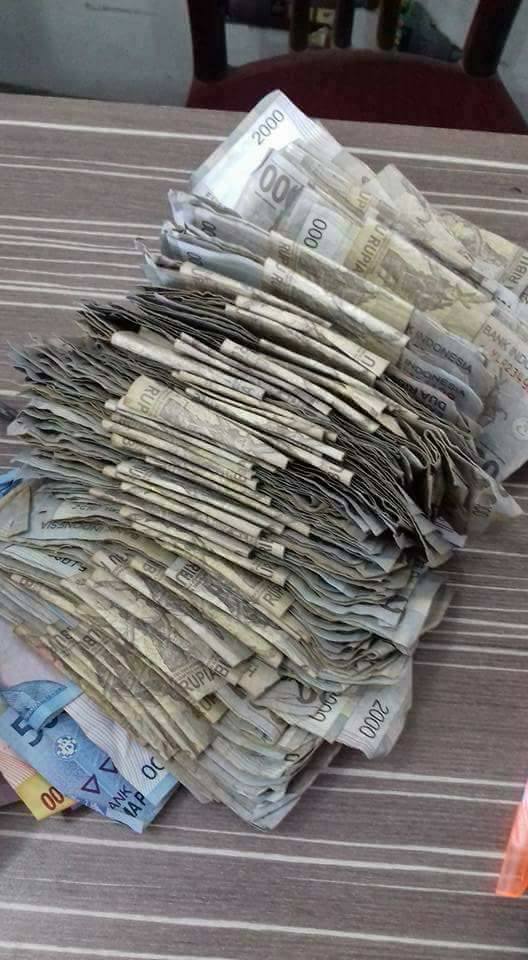 Most netizens were upset how the daughter had felt the way that she did.

“Why embarrassed? It’s much more painful to see your own parent use the money they laboured over on these type of things, when they could probably use it for something more important instead, such as education or rent.” a netizen commented.

“Eventhough RM2,000 may not sound like a lot to some of us, but it was the hard earned income of the father. If she knew how hard it is to earn money then she wouldn’t have felt that way.” another wrote.