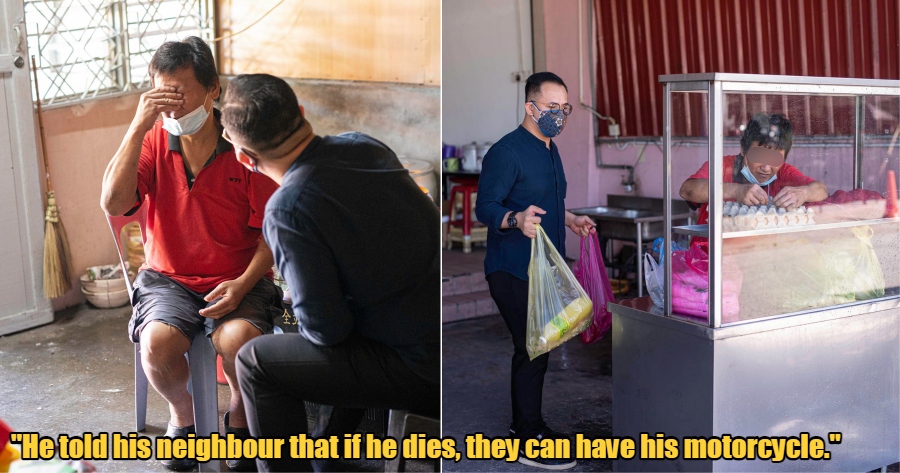 Despite eateries now being able to stay open until 10pm, hawkers and other small business owners are still suffering to make ends meet.

So much so, that one hawker has given up and resorted to raising a white flag outside his house.

Local politician, Steven Sim, took to his Facebook profile to showcase how he managed to convince the hawker to keep fighting for his business. 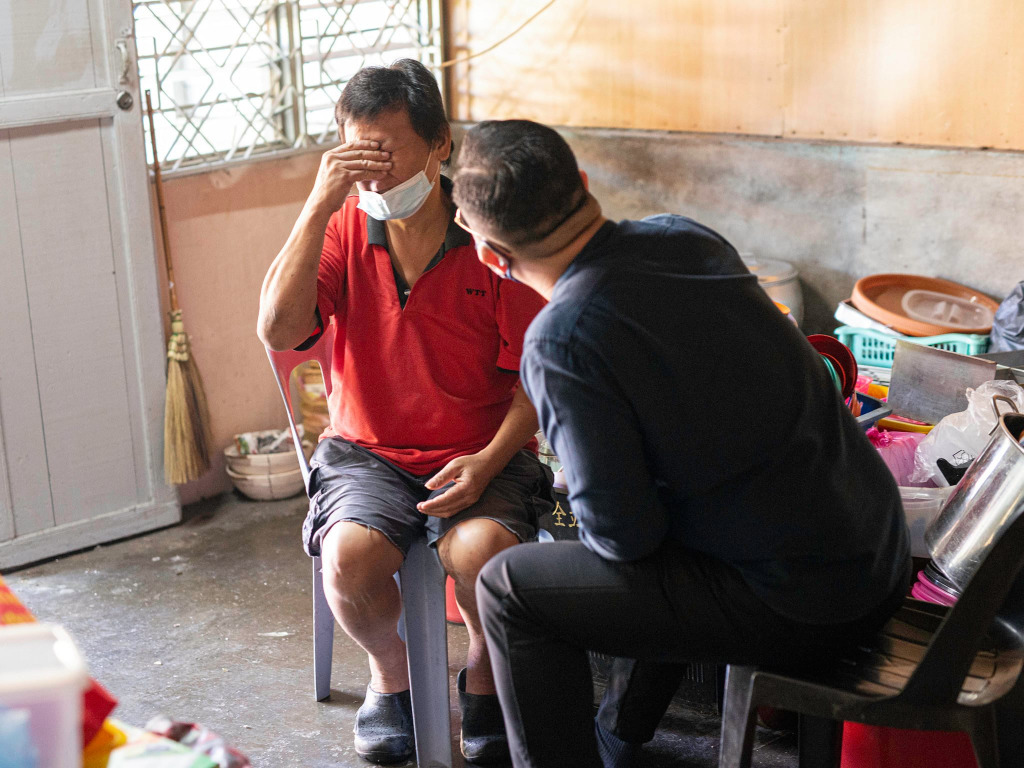 He wrote, “Ah Soon is a hawker. The repeated MCOs has not only caused him to lose out on his business but he is also forced to bear debts – stall rental, motorcycle expenses, house rental, electricity and water bills have not been paid for four to five months. He’s even sold his washing machine and fans from his house for the sake of some rice.”

Enduring such financial difficulty, the man resorted to placing a white flag outside his house. 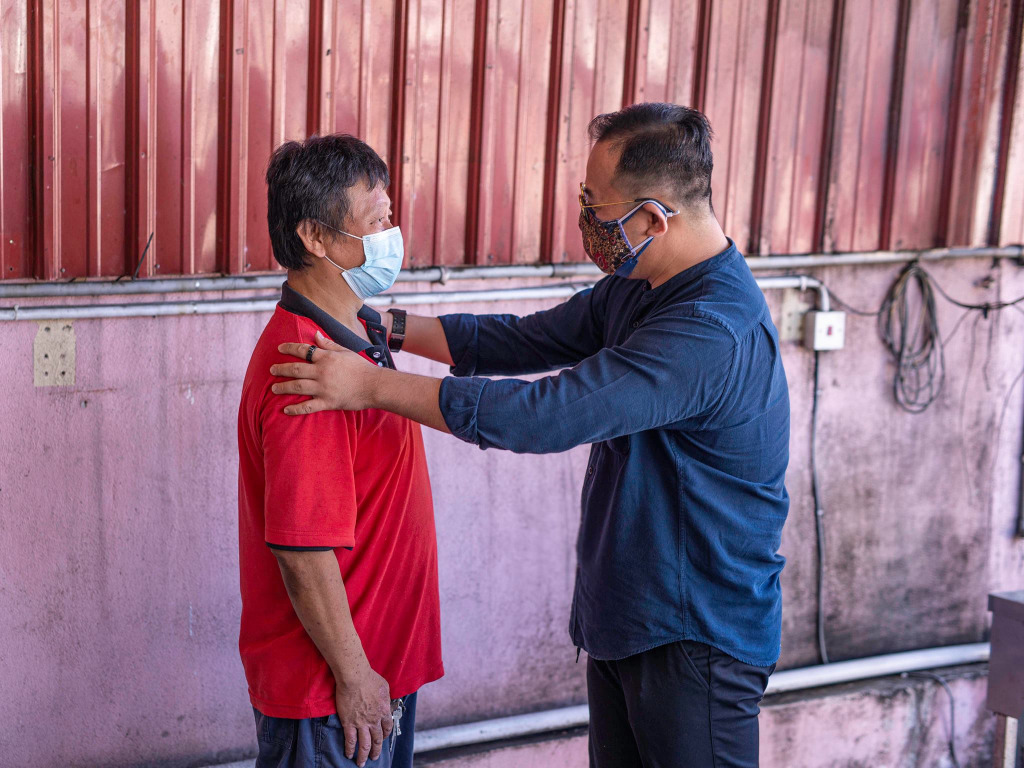 “He has given up. He told his neighbour that if he dies, they can have his motorcycle.”

But, thankfully, Sim urged him not to allow his struggle to win.

“It’s not like he hasn’t tried. He has diligently put in the effort to get back up after falling many times. But the repeated MCOs have left him directionless. All his efforts have been fruitless. He is tired,”

“I told him, don’t give up. Life has its ups and downs, but hope remains. At the very least, someone saw his white flag and here I am. I asked Ah Soon, what does he need? He responded, ‘I just want to survive. I can work, but how can I work in this situation?’,” Sim explained. 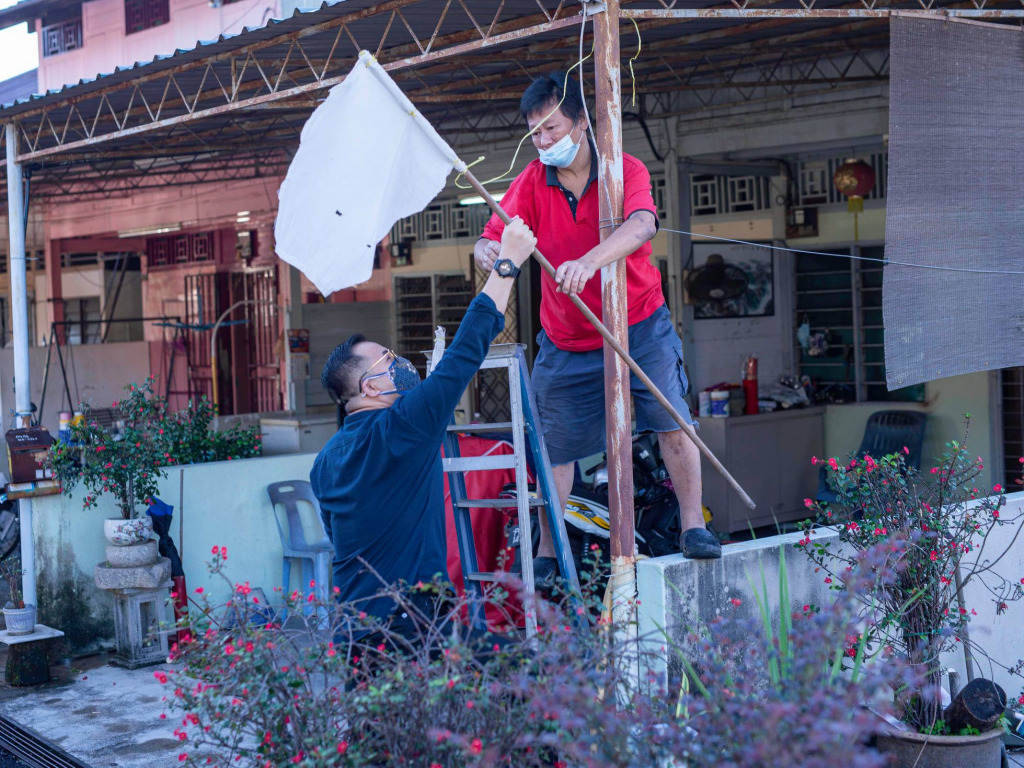 The unfortunate uncle also added that there was a new and improved hawker lot near his house but he no longer had the energy to try.

To help encourage the hawker from his grief, Sim decided to pay off his debts and rented a spot at the new hawker lot so that he can start fresh. He even said he would bear the costs of the stall rental until the end of the year, as long as Ah Soon can promise to start a new life and keep trying.

“When I asked Ah Soon what he would sell in this new stall premises, I noticed that he had got his excitement back. He truly wants to work for himself.” 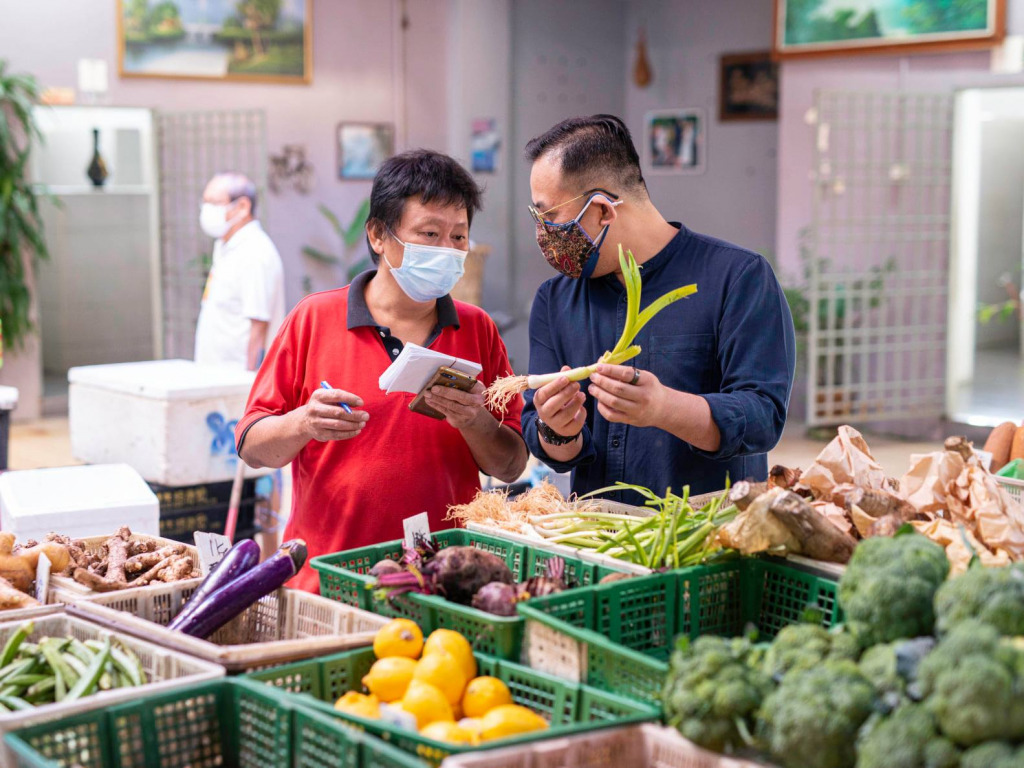 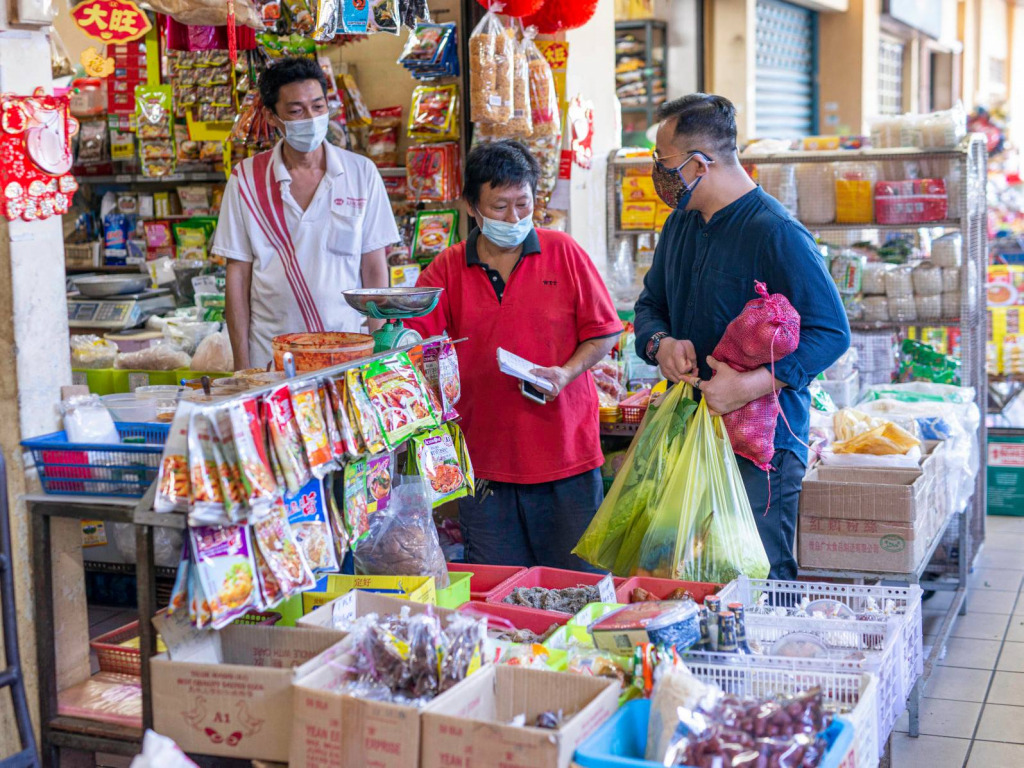 Upon discussing his menu, they went shopping for ingredients to set up the new stall. 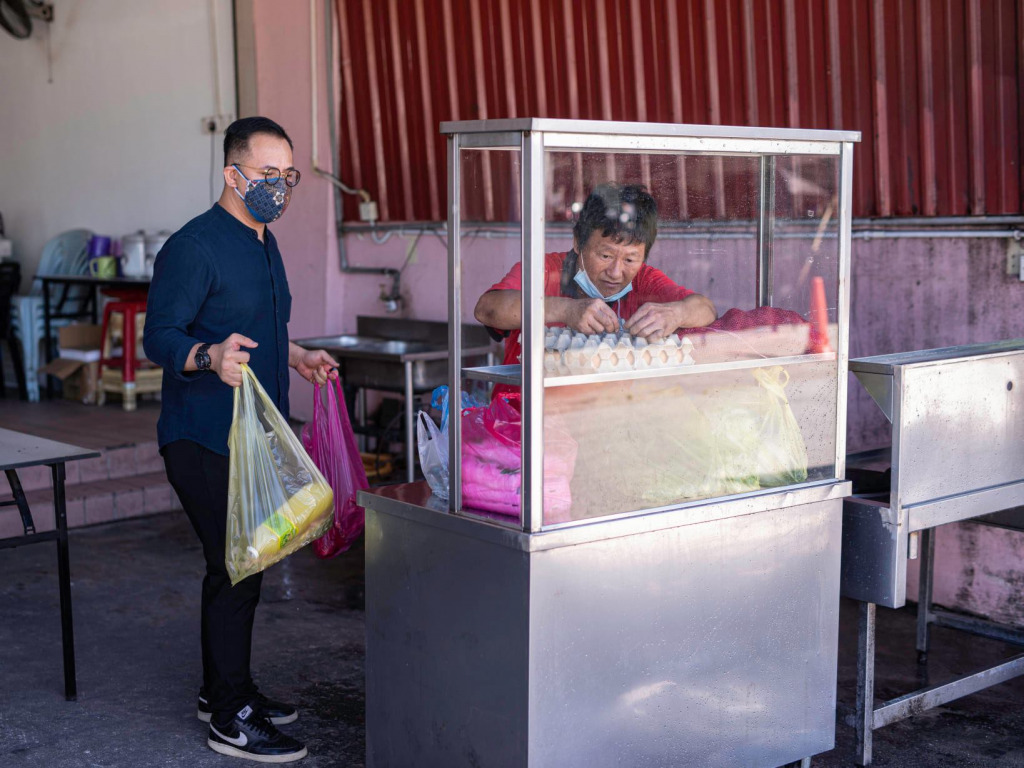 “Ah Soon couldn’t believe it. He kept saying thank you. I told him to promise me three things: the first is to never think of giving up, the second is to help others where he can afford to and the third is that, for dinner tonight, he must cook for me as I’d like to try his menu at his new stall.”

“The #KempenBenderaPutih is no joke. The people are struggling. Use whatever means necessary to contact me, I will come immediately. In just a few hours, Ah Soon came back, and he has removed his white flag from his house,” Sim added.

He also urged the people to avoid giving up. 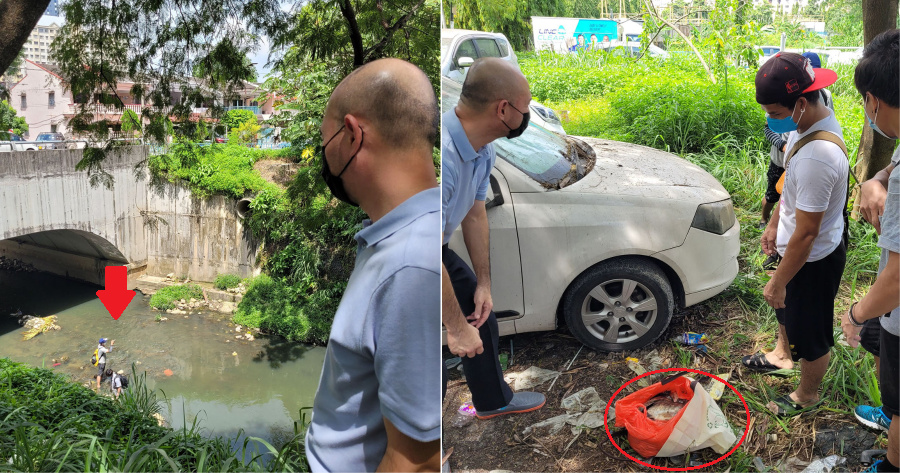