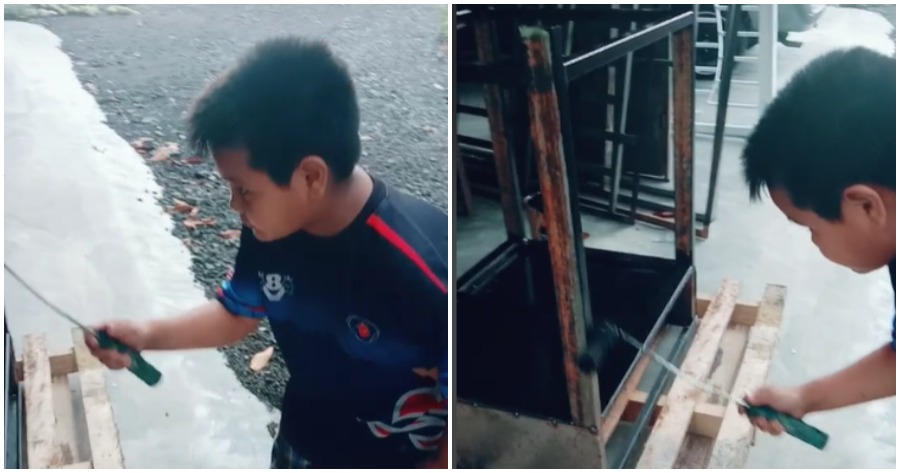 It’s encouraging to see the younger generation being so hardworking in everything that they do.

TikTok user, Faeez Salleh (@mfs_bengkelbesi) recently uploaded a video of an 11-year-old boy named Hanif, who helps residents of his hometown by painting tables for them. The video shows the young boy carefully painting a table at Faeez’s workshop in Penang.

Hanif appeared to be focused on the job at hand, diligently painting the table to ensure the work given to him was executed well. What’s surprising is the fact that when he was given the choice of rice or money for wages, the 11-year-old chose rice!

In the other video, Faeez wrote, “He’s such a good boy. He came to work with us and when we asked him whether he wanted money or rice, he chose to take the rice instead.” 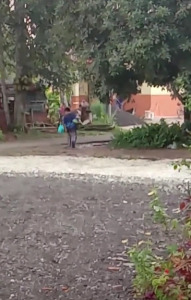 The comment section was flooded with our kind and selfless Malaysians who were wondering if they could lend any help to the young boy and his family. However, in a separate video on his TikTok account, Faeez clarified that the reason why he uploaded the video in the first place was to highlight the child’s diligence at such a young age.

“Hanif got bored during this FMCO period and I asked him to help me at the workshop. He took rice as his wages instead of money because he wanted to share it with his family.”

Faeez also stated that it’s quite rare to see this type of behaviour among our younger generation. Instead of spending his free time playing gadgets or games at home, Hanif is a very kind boy who loves to help people in his hometown.

We applaud Hanif for being such a good boy to his family and we hope to see more of this from our future generation of kids! 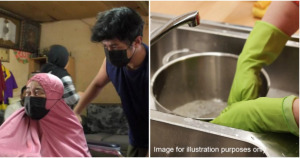