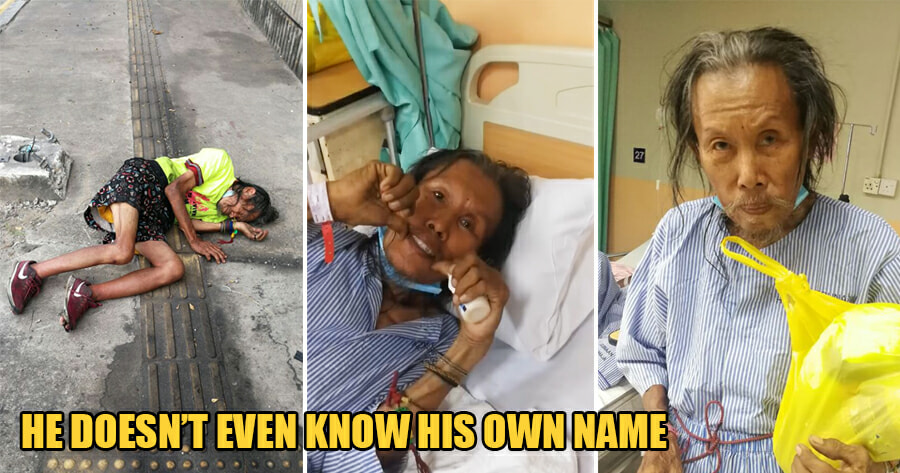 You might have read over the weekend of a Grab driver who rescued a homeless uncle from the streets and brought him to the hospital after learning the elderly man was injured from getting beaten up.

Shanker Vellu had found the uncle lying motionless on the road near the Segambut KTM station and was shocked that no one seemed to care about him. After learning that the man had been beaten up, Shanker took him to Hospital Kuala Lumpur for treatment where he now remains. 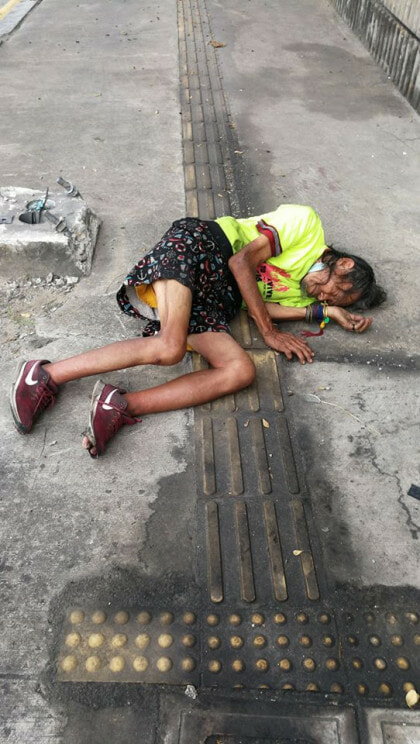 Now that the uncle is undergoing much needed medical care, Shanker wants to find the uncle’s family and has reached out to WORLD OF BUZZ for help.

Shanker shared that the unidentified man could only speak Mandarin although the man didn’t say much. Thankfully, Shanker could understand a bit of Mandarin and learned that the man is living in Desa Jaya.

However, there weren’t any personal documents with the man and was registered as an “unknown” at the hospital. The man did not even know his name or his exact age, but he told Shanker that he was in his 60s. 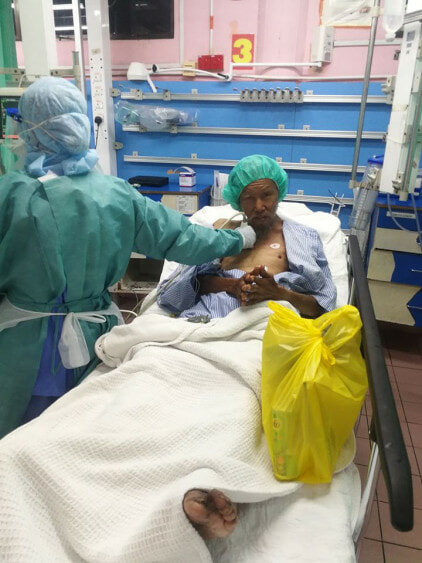 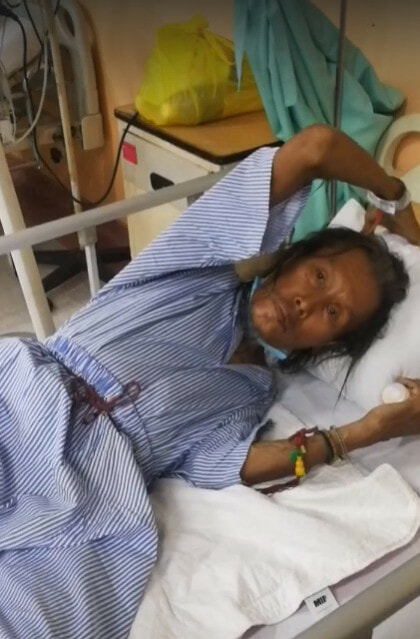 Shanker then shared that the man had a lung condition and is a heart attack patient who was hit in the neck before he fell unconscious on the ground.

“He was lying on the road for almost three hours. I cancelled my (Grab) job and helped him,” Shanker said.

“The public said they don’t know what happened to him. So, I called the ambulance.”

“When the ambulance arrived, the medical worker asked me ‘who is he to you?’ I said, ‘I don’t know, I’m just doing my public social service. He is a human, I am a human’.” 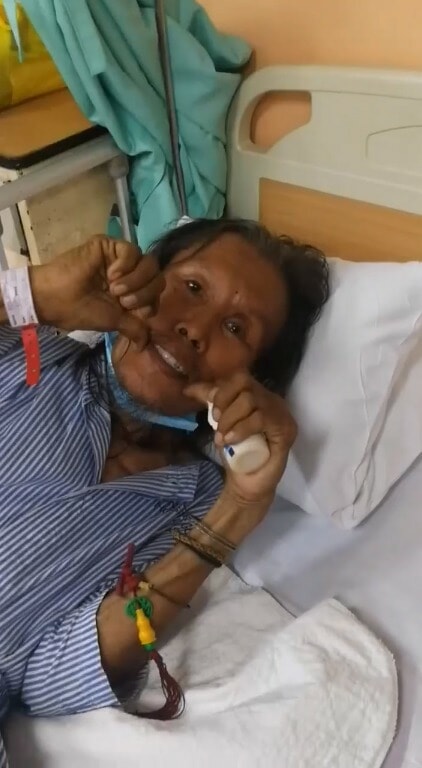 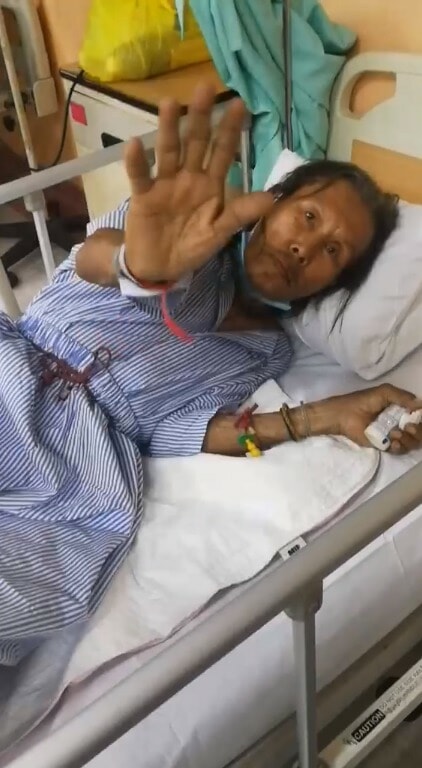 It has been about five days since the uncle was brought to the hospital and Shanker has been visiting him once every now and then.

Shanker hopes that his family can be found and shared with WORLD OF BUZZ several photos of the man in hopes that the public will be able to identify him and help him get home.

“There are still a lot of people outside just like him. All of us are heroes, we should be kind to other people and help out.”

“I hope these photos will help me find out who this man is. I really want to know about his family. He needs to get back to his family.” 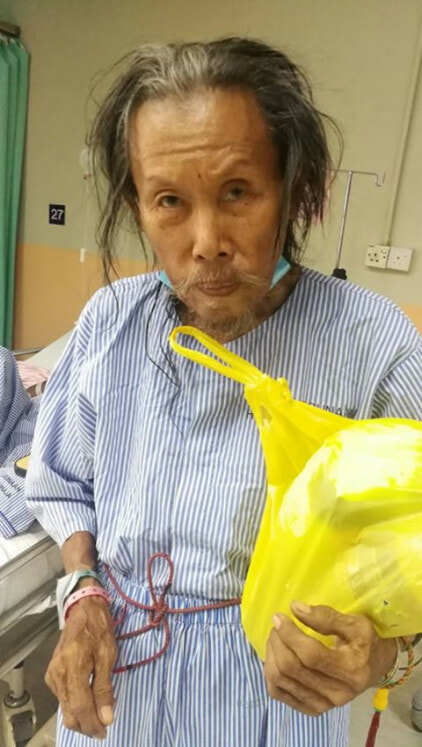 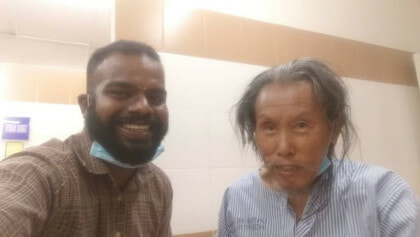 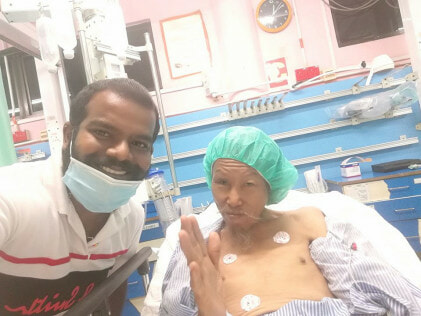 Here’s a short video of the uncle:

Shanker urges the public to help find this man’s family, so if you think you can help in anyway, feel free to contact Shanker at 016-688 6488. Also, share this article so that more people can be reached and this uncle will be able to reunite with his family again

Also read: I am a grab driver making my rounds in the area. As I arrived at the LRT station, I saw a man just lying there