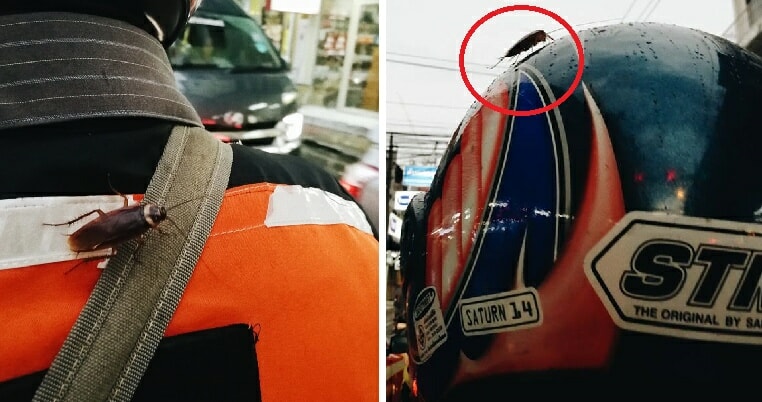 Cockroaches are hated and feared by many all around the world and for those who are afraid of them, they can’t bear the sight of a cockroach being near them. However, for this lady in Bangkok, Thailand, she experienced her worst nightmare when she saw the bug being so close to her face that she could almost kiss it. 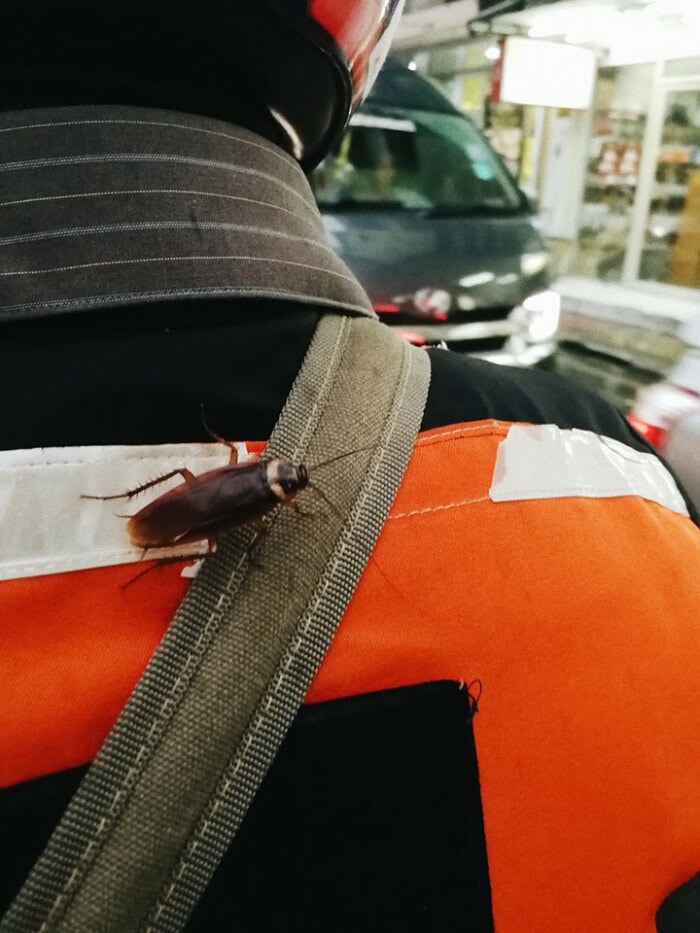 She shared her traumatising experience on Facebook and it went viral, as she was stuck on the back of a motorcycle-taxi while she was on her way home. She had taken a moto-taxi back home and was the pillion passenger on the motorcycle when her heart skipped a beat as she saw the cockroach on the driver’s back. Oh nooooo!

Her driver had earlier made some small talk and mentioned that with the heavy rains, there was some flooding which would undoubtedly cause the cockroaches to come out. Little did she know that the next thing she would see was the cockroach just scurrying casually on the driver’s back. 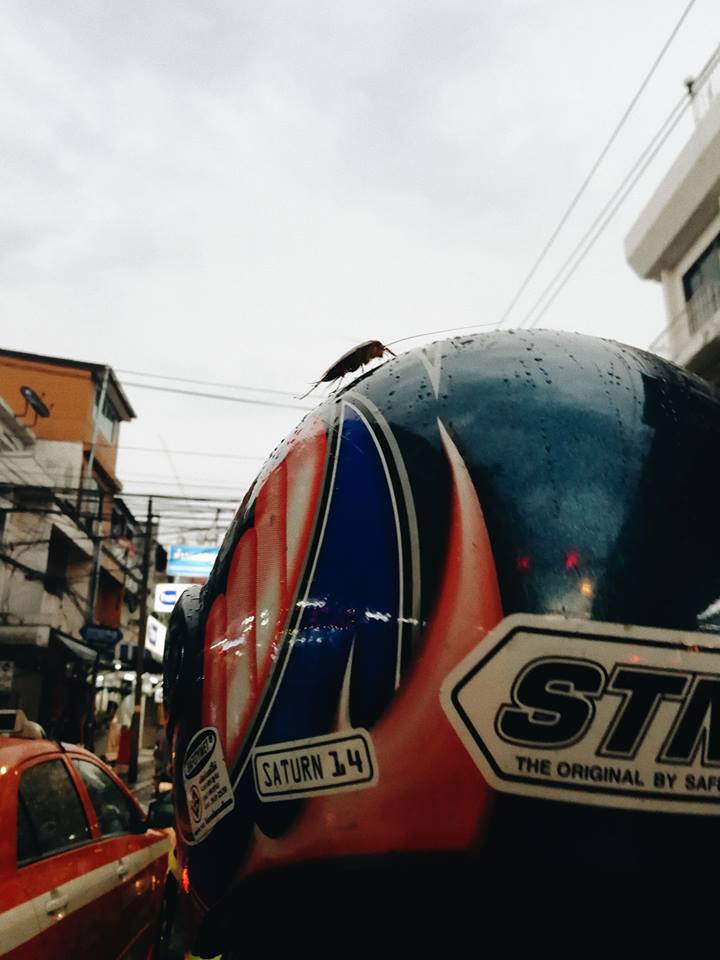 Although she was screaming internally, all she could do was pray that the cockroach would not fly and land on her. If she created a ruckus, her driver might have been distracted and gotten into an accident! The driver sensed that she was being very tense and asked her to sit still as it was making it hard for him to drive.

Throughout the ride, she could not help but keep the bug in her sights as she did not want it to come close to her. “Then the little creature looked at me. We looked at each other as if we knew each other. All I wanted to do was get to my condo fast, but I was scared the cockroach would be blown onto me. It climbed all over the driver and stopped on his helmet. He started speeding and I told him, ‘It’s ok. I’m not in a rush. Drive slowly’.”

Luckily, she managed to go through the ordeal and arrived at her condo safely, but mentally shaken. The incident which was shared on Sunday (Sept 23) has since been shared over 11,000 times with many people relating to her experience.

Don’t play play when it comes to these (horrible) insects! Fortunately, she did not suffer the same fate as the woman in the article below! 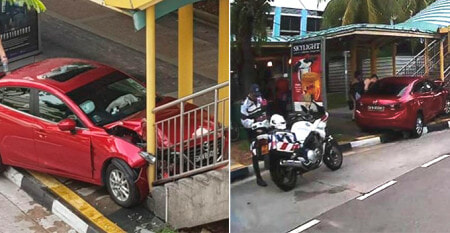