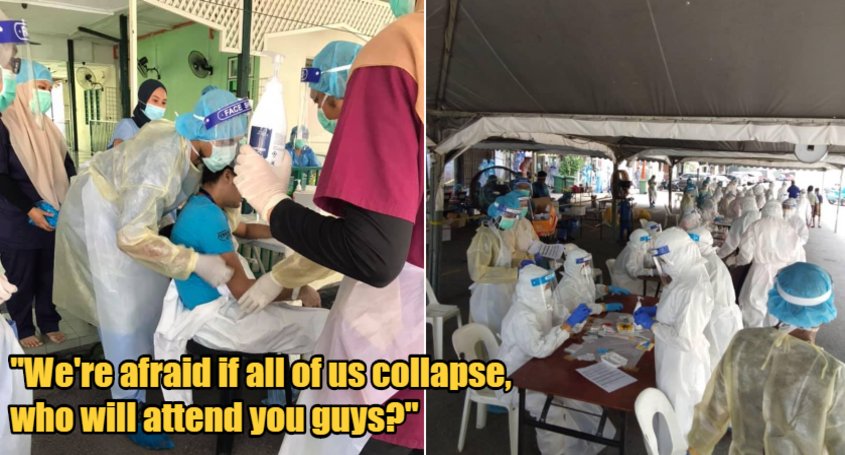 Frontliners deserve massive respect and recognition for the important role that they continue to play in our nation’s battle against Covid-19. They are the ones who work on the ground tirelessly day and night to ensure that everyone else is safe and protected. 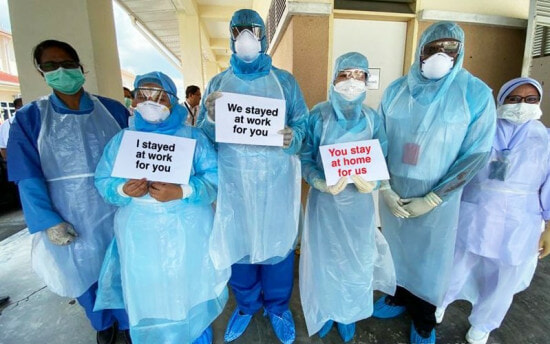 To dive in deeper, we’ve reached out to the frontliner in hopes that her story may inspire many. The frontliner who wishes to be known as Fafa is actually a dentist before being tasked with collecting samples of potential Covid-19 patients.

In her now viral post, she had posted a picture on 5 May where a fellow frontliner had collapsed and other medical personnel can be seen tending to him. Fafa was the one who took the picture. 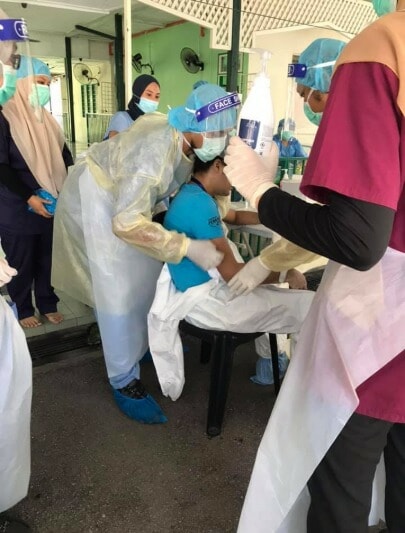 When asked about this picture, Fafa explained to WORLD OF BUZZ that it had been an extremely hot day and the frontliners were working in Taman Desa Bakti, Selayang.

This was the area that was put under heavy surveillance and monitoring because there was an outbreak there. On top of the hot day, they had also been working under zinc roofs which only served to increase the heat. Furthermore, working in PPE (Personal Protective Equipment) suits only made matters worse in this instance. 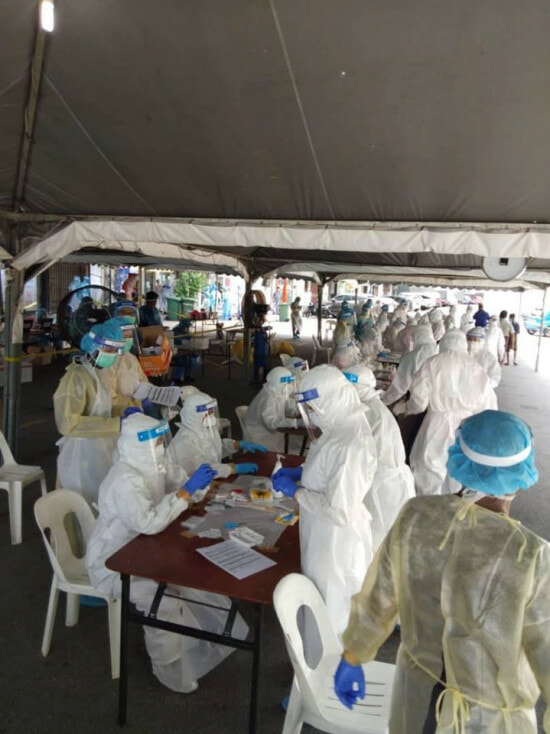 According to Fafa, her workmate (who can be seen in the viral picture) had collapsed as a result of a heat stroke. Mere 30 minutes later, Fafa had collapsed too!

In her Facebook post, Fafa stated that she reluctantly had to ‘buka puasa’ early to ensure that her condition doesn’t get worse. 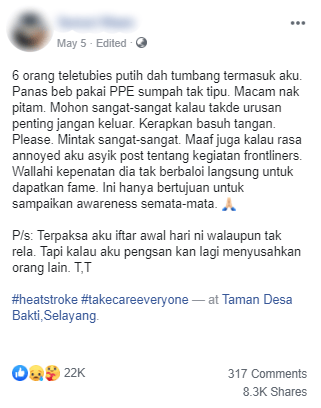 Following the incident, Fafa took some time off to recuperate before joining the team of frontliners again.

When asked if she had any request or a piece of advice for the public, Fafa said

“Please know that all frontliners are already burnt out. We are soooo extremely exhausted and we really hope there will be no new clusters”

Apart from exhaustion, Fafa also voiced out her worse fears.

“We’re afraid if all of us collapse, who will attend you guys?”

After reaching out to Fafa, I realised that while we’re happy that the number of Covid-19 cases are going down, some frontliners are anxious about the possibility of another outbreak.

Fafa pleads everyone to always practice social distancing, carry a hand sanitiser around and wear face masks. She also recommends to avoid unnecessary movements and avoid being in crowded places.

We hope everyone continues to stay safe and healthy! Our frontliners are working really hard and the least we can do for them is to exercise our social responsibility.