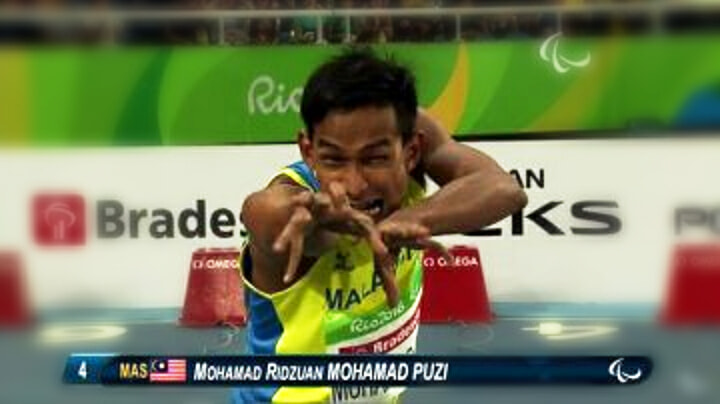 Mohd Ridzuan Mohd Puzi is known and loved by Malaysians. The paralympian who bagged a gold for Malaysia in the 100m T36 (celebral palsy) event has brought tears to our eyes as he tearfully sings ‘Negaraku’ during the award ceremony.

With Malaysians looking up to the inspiring Ridzuan, did you also know that he has a ‘signature move’?

During Ridzuan’s introduction, the commentator nicknamed the paralympian ‘The Malaysian Tiger’. Ridzuan tried to pull off the face of a tiger by cringing his face while his hand got into a claw position. He then does his ‘Tiger Claw’ signature move infront of the camera, reports StadiumAstro. 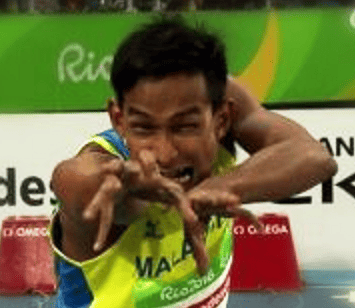 The lovable athlete has explained that he chose to do the ‘Tiger Claw’ because it symbolized the animal’s agility and of course, the tiger is a symbolic animal to Malaysia.

But that wasn’t Ridzuan’s first time pulling of his signature move. It was reported that he also did the Tiger Claw during the ASEAN Para Games 2015 in Singapore.

His coach, R. Jeganathan, has no problems with Ridzuan doing the move as long as it doesn’t affect the paralympian negatively. In fact, Jeganathan mentioned that it had a positive effect on his ‘son’ as he sees Ridzuan having fun doing the ‘Tiger Claw’, and in turn lifting up his spirits.

The coach couldn’t be happier.

I think us as Malaysians should do the same move shouldn’t we?

In fact, when you do it, remember to tag: #malaysiantigerclaw ! If there are enough posts, we’ll feature all you guys who did the signature move in our next article and have it sent to Ridzuan! It’s the least we could do for our national hero.