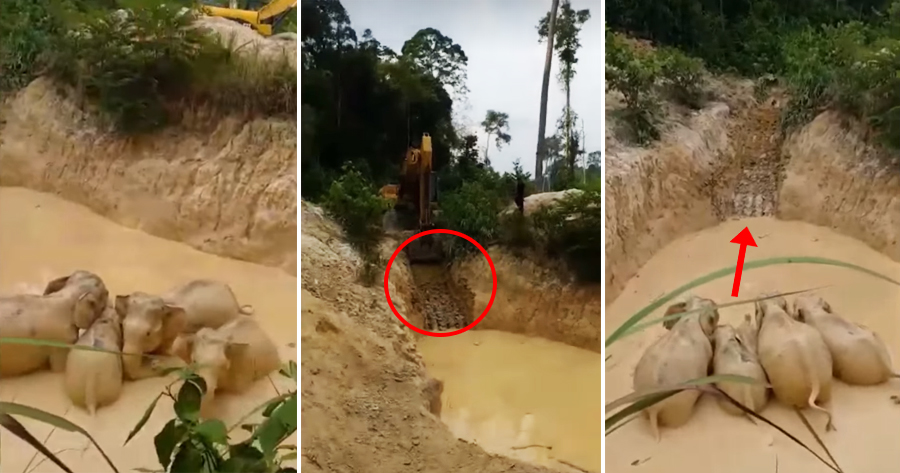 In a three-minute video posted on the Facebook page for Jabatan PERHILITAN Semenanjung Malaysia, four adult elephants and a baby elephant can be seen trapped in a pit and covered in mud. Several people had gathered around while an excavator digs a path for the elephants to get out. 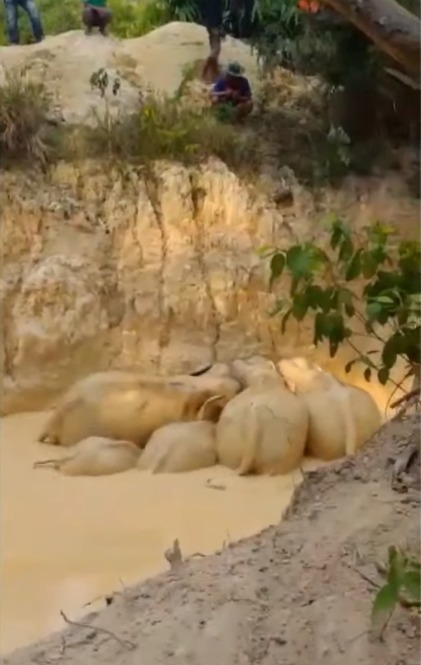 Director of Perhilitan Pahang, Rozaidan Md Yasin said that the operation was carried out by a department official from Bandar Muadzam Shah, in Rompin District, who received the news in the morning.

“Four officers who were checking the scene found that the elephants could not come out because of the muddy area,” he said.

“We had to ask for help from a nearby mining company to use their excavator to dig and make way for the elephants.” 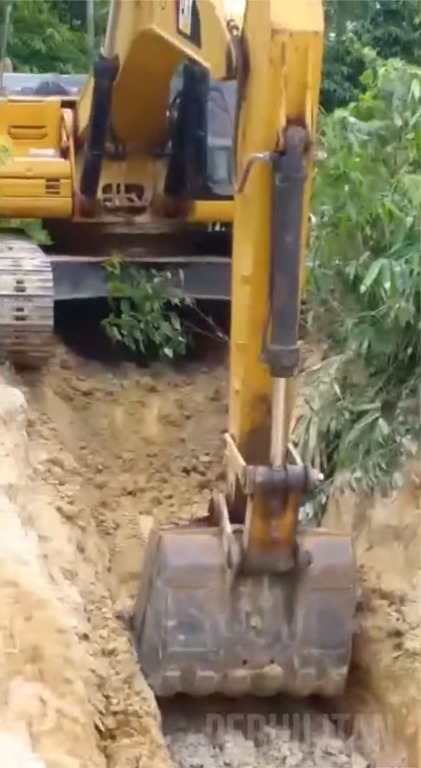 In the video, the elephants can be seen huddling together in a corner, but as soon as the excavator was done digging a way out, the elephants slowly made their way to the entrance. They moved together in unison as if they were saying to each other, “Let’s do this together, guys!” while people around them watched in anticipation.

It took some time for them to walk up the slope, but as soon as all five of the elephants were out of the pit, the people witnessing the scene clapped and cheered for them. 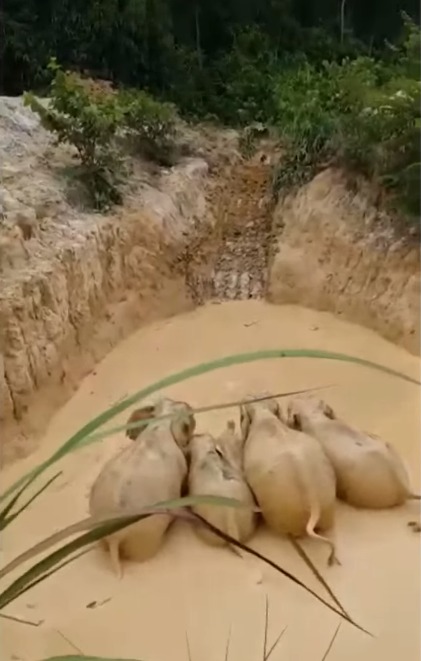 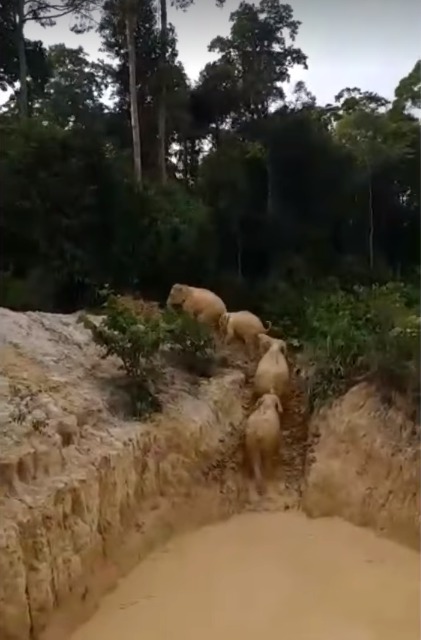 Rozaidan said the elephants were freed around 6pm and were in good condition. The elephants then proceeded to enter a nearby forest together.

Awww, they look so cute! Thankfully they were rescued by kind-hearted people who took the trouble to get them out. Kudos to all those involved in the rescue mission.

Also read: Chained & Injured Elephant Finally Gets Happy Ending When He Is Rescued From Cramped Enclosure 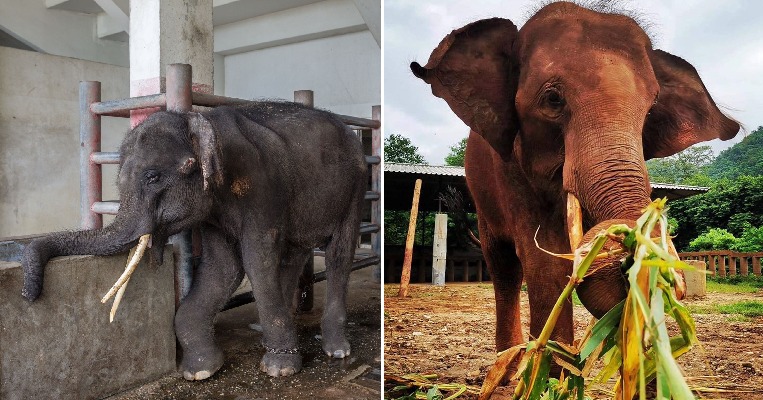