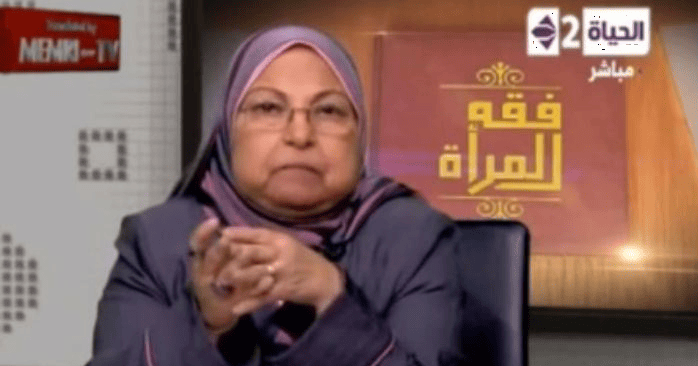 A female Islamic professor sparked controversy and debate when she claimed that Allah (God) makes it permissible for Muslim men to rape non-Muslim women in order to ‘humiliate’ them. The bold claim was made by Suad Saleh, who is a professor from the renowned Al-Azhar University in Cairo, Egypt during the interview on Al-Hayat TV.

According to The Inquisitr News report, in the video posted by LiveLeak, Saud Saleh says that the rape is allowed during times of “legitimate war” between Muslims and their enemies. “The female prisoners of wars are ‘those whom you own.’ In order to humiliate them, they become the property of the army commander, or of a Muslim, and he can have sex with them just like he has sex with his wives,” Saleh was quoted as saying.

While talking on purchase of slaves from Asian countries for sexual purposes, Saleh says that Allah allows Muslim men to have sexual relations with slave women that is ‘legitimate’. Saleh suggests that the only time it is acceptable for Muslim men to enslave a woman for sexual purposes is during a ‘legitimate war’ between Muslims and their enemies such as that with Israel.

Saleh further said that enslaving and raping Israeli women is ‘acceptable’ and ‘encouraged’ in Islam. She also condemned Muslim men who are using East Asian women for sexual relationships. She said that only legitimately-owned slaves come from prisoners of war.
However, after Saleh’s interview went viral on social media, Muslim community denounced the claims made by her and said that she is propagating a wrong image of Islam.