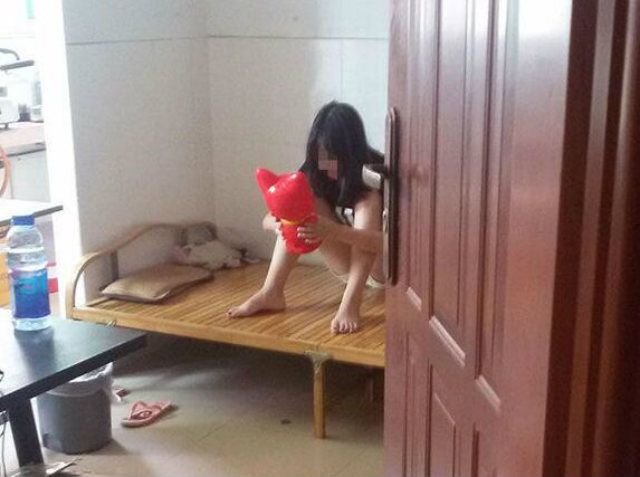 Shenzhen, China – A father wept tears when he told reporters about the horrifying discovery of his 13 years old child being in prostitution.

The father, Gong, noticed a change of his daughter’s behaviour in April so he kept a close eye on her.

“Xiaoqing became easily irritated, often played hooky and stole money,” said Gong. “Recently, she hasn’t been coming home even when we call her.”

Worried about his daughter, he checked her text messages on Wechat only to find out that she was providing illicit services with the help from another female named Jin Yiwen on July 31.

With the help of the police, Gong posed as Xiaoqing to set up a meeting with Jin at a hotel, who was later arrested along with the male ringleader of the prostitute operation.

Gong told reporters that another four to ten girls from his daughter’s middle school had also been lured into prostitution. Some of these victims have since returned home.

When confronting Gong’s daughter, she apparently did it because she was bored.

“The job is easy,” Xiaoqing told reporters. “After handing in some money to my boss, I could earn at least 2000RMB one time. Sometimes, I get extra tips.”

“I have two clients a day, the business is rather good,” Xiaoqing mentions.