As many of y’all probably heard, Rodrigo Duterte, the president of the Philippines, has come under massive international scrutiny, especially due to his “war on drugs”.

What happened was that he passed a law making it legal to murder drug users to curb the nation’s methamphetamine problem, with Duterte putting the number of addicts around 3.7 million. 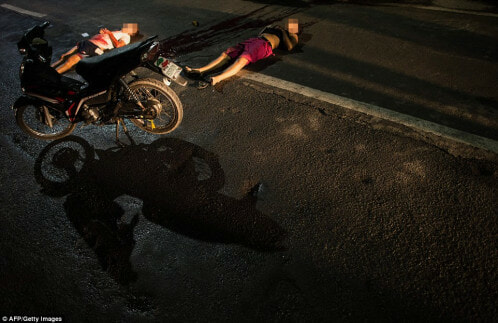 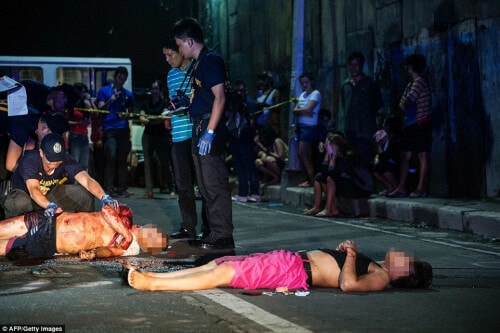 What ensued just paved the streets with blood. Citizens began “hunting” addicts in a draconian/hunger games manner, leading to more than 3,700 people killed in three months, according to DailyMail.

They were reportedly “encouraged” to do so and were assisted by the local police force as well as a supposed “death squad”, a KGB-esque force! And I’m not talking about the burger company here.

It means that in Duterte’s 100 days in power he has raised the death toll by around 36 people a day! 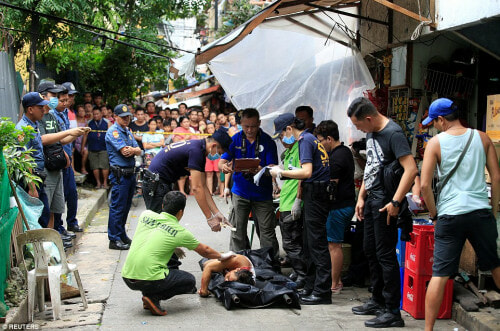 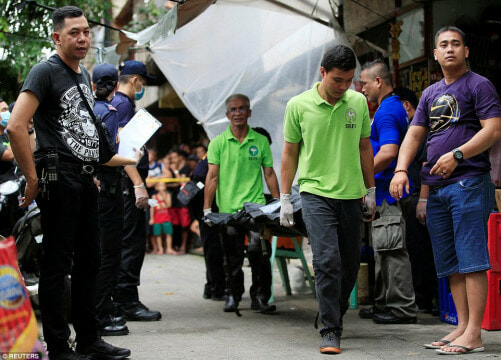 There has been a lot of debate around his method of dealing with drugs. While there are people who see the positive effects of nipping the problem on the bud, others find his ways too extreme.

One of the more tragic stories in this massacre is of a 5-year old girl who was shot when gunmen opened fire on her grandfather! Another case was when a father-son duo were beaten up and killed in police custody!

The iron-fisted movement has had some ‘success’ as the fear of being shot has prompted many drug pushers and addicts to surrender to the police with 26,000 people arrested and more turning themselves in by the minute!

This has caused overpopulation in the nation’s prisons and frankly deplorable living conditions! Critics have speculated this may prompt Duterte to instruct a mass culling or maybe prioritize killing the suspects rather than build more jail cells. 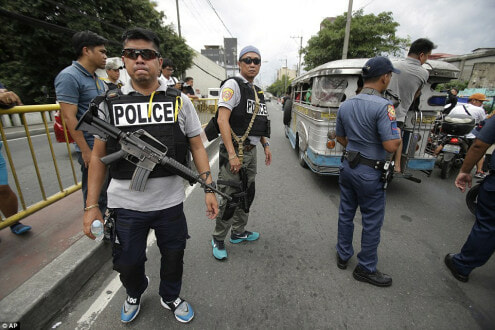 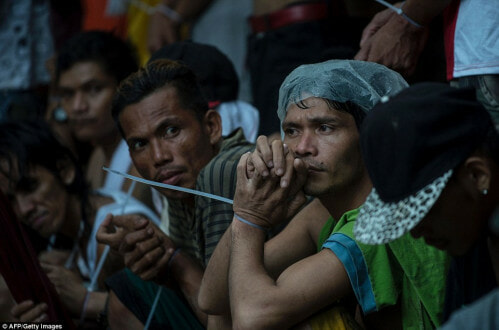 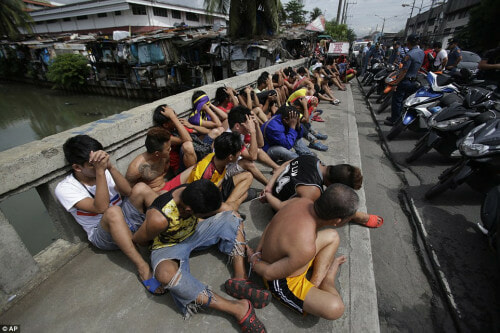 This has obviously taken a toll on international relations. The United States, European Union, Roman-Catholic Church and the United Nations themselves have been lambasting the regime, with some calling it “barbaric” and “tyrannical”.

Interestingly, his popularity among Filipinos soar just as high with 80% of people polled “satisfied” with the progress made in curbing drug abuse. 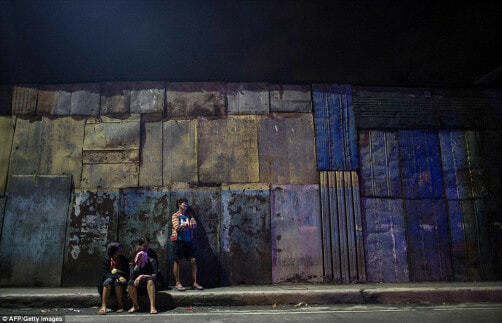 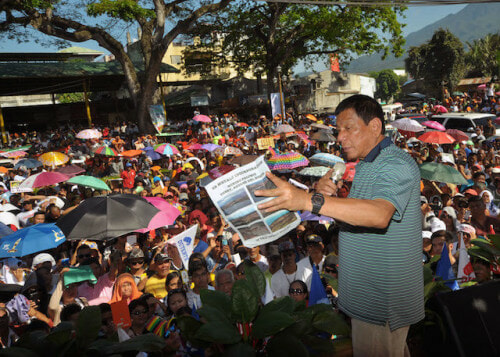 President of the United States of America, Barack Obama has tried to secure a meeting with the Filipino President to confront him in person regarding the laws but Obama cancelled following Duterte calling him a “son of a bitch”!

Duterte expressed regret that his statements “came across as a personal attack on the US President.” 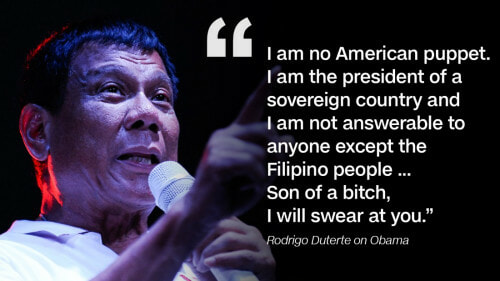 In a speech in the city of Davao, Duterte made a shocking comparison. He addressed the comparisons the international community made between him and Adolf Hitler.

“At least if Germany had Hitler, the Philippines would have…” *he proceeds to points himself*

In more recent comments, Duterte has told Obama to “go to hell” and claimed that the on-going amphibious military exercise will be the last!

He has since suspended all joint military exercise with the United States, and ordered all American troops to leave the country.

On why Duterte cut off ties with the US he had this to say;

“All we got are hand-me-downs, no new equipment. The Americans failed to beef up our capabilities to be at par with what is happening in the region.”

“As an English man living in Manila I can assure everyone that The Philippines is a great place to live.”

“Duturte is so popular because he backs up his words with action.”

“Most of the deaths though, are the result of rival gangs fighting each other, rather than vigilantes and police death squads.”

What do you guys think? Is what Duterte doing justified? Let us know in the comments and if you happen to reside in the Philippines, send us your thoughts on the matter!