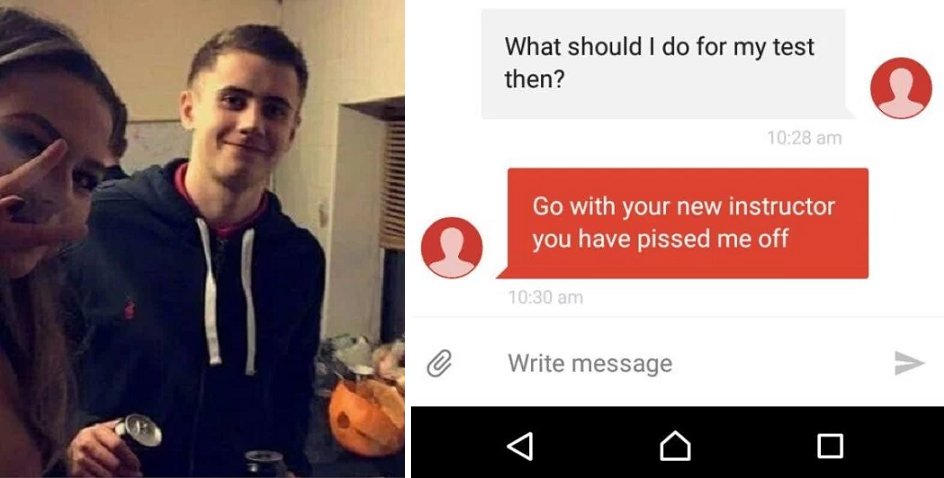 Ever had a jealous girlfriend or boyfriend? It ain’t pretty.

Metro UK reports that teenager, Matt Connell has had more than his fair share of jealous girlfriends, when his driving instructor threw a jealous fit. The said driving instructor was upset when Connell broke the news that he will no longer be taking lessons from him. He was so upset that he made a point to let Connell know the betrayal he felt. Wow, he seems wayyy too passionate for his job.

The only 2 things I recall from my driving instructor was “don’t speed” and “you want guarantee pass?” 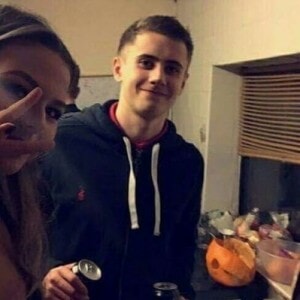 The poor boy only wants to know how to drive!

The exchange happened over text and doing what any teenager would have done, Connell posted the texts on the internet, giving the world a good laugh.

The post was captioned, ‘Why is my driving instructor acting as if I have cheated on him?’ 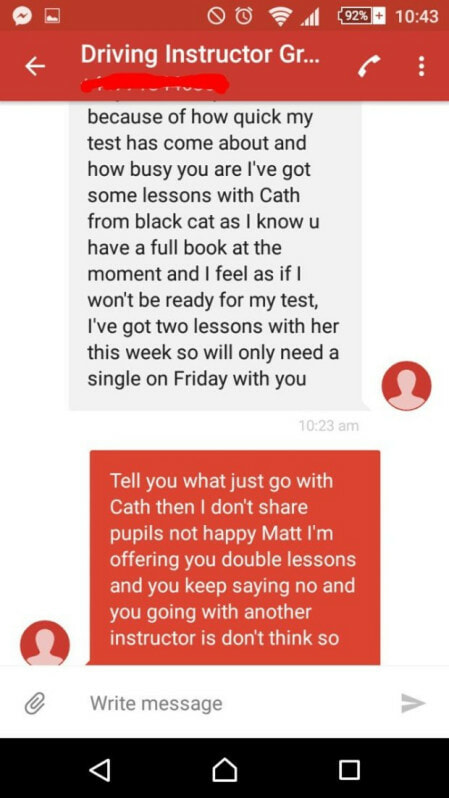 Words from the instructor: “Tell you what just go with Cath then I don’t share pupils, not happy Matt, I’m offering you double lessons and you keep saying no, and you going with another instructor, is(I) don’t think so”. 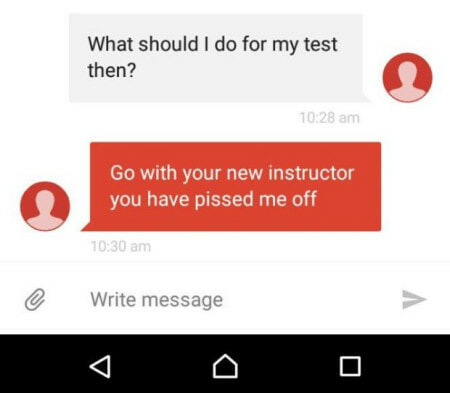 “Go with your new instructor, you have pissed me off”.

Connell has also shared with Metro UK that he has only taken lessons from the instructor for about 6 months (since January). And not a 3-year long relationship!

‘I decided not to reply to him because I was happy enough to swap instructors.’

‘I am going to be using the new instructor from now on.’

Looks like Matt is not bothered too much by the jealous outburst.