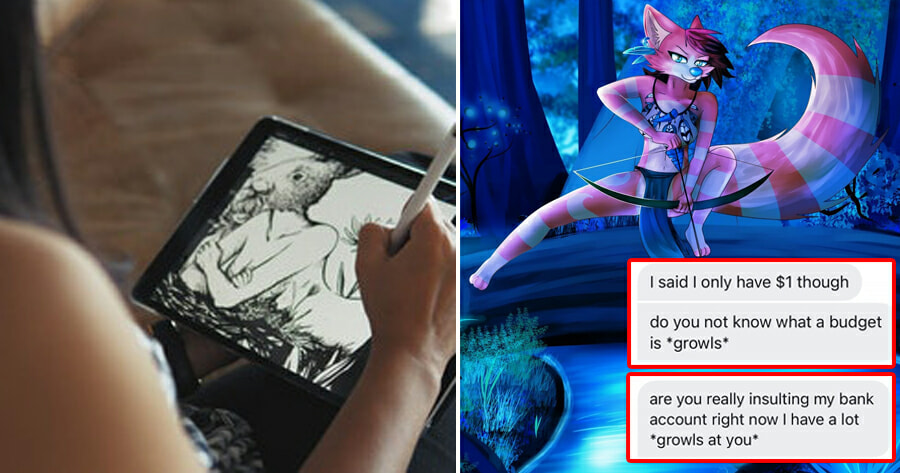 Many artists all over the world have been undermined by others, who don’t seem to know the painstaking work that has to be put in to produce a piece of art. Even after countless hours spent on perfecting their work, artists are still sometimes undervalued by cheapskate customers.

One artist from America shared an experience on Twitter about how a customer only had a $1 (RM4.22) budget, but still demanded a piece of art worth much more.

Opalite, who runs the Twitter account @FurFoxSakeSuits, told WORLD OF BUZZ that their business is based in Ohio, USA and they have been operating for four years now since 2017.

Opalite shared several screenshots of the conversation they had with a customer recently and eventually blocked the customer after insults were thrown.

The customer messaged Opalite if they had any art that cost $1 (RM4.22), to which Opalite responded that they only have solid coloured (one colour) characters for that price.

However, the customer said they didn’t want a solid coloured character and asked if Opalite had any full body art. 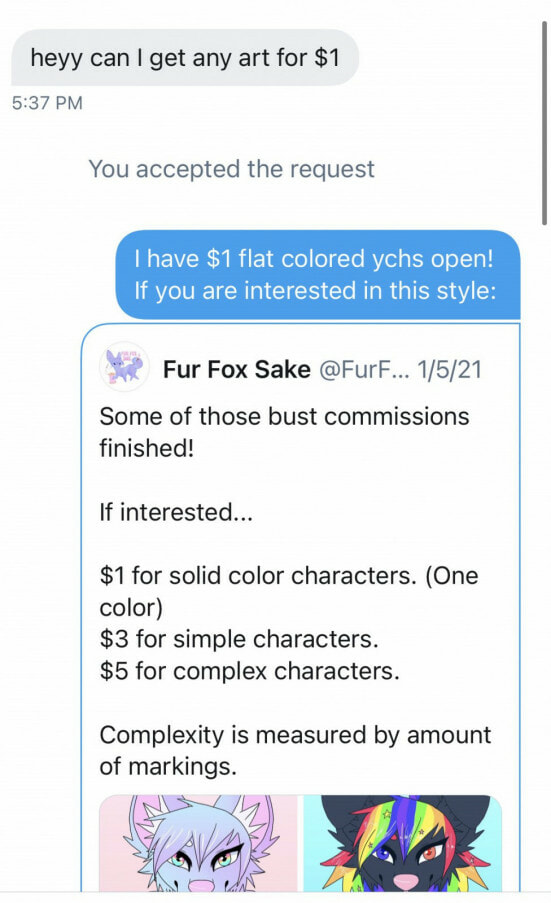 Opalite then sent the customer a chart detailing the price and size of their drawings, with $15 (RM63.37) as the cheapest full body art offered and $40 (RM169) as their most expensive ones. 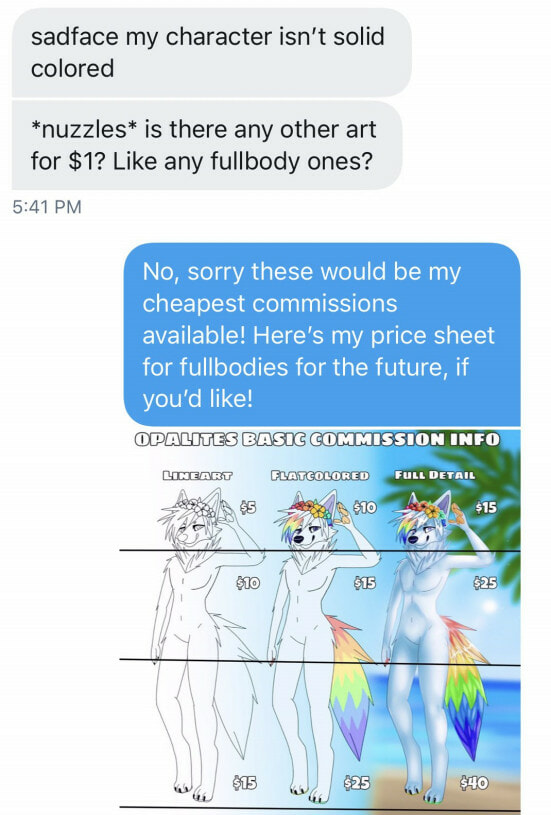 “Do you not know what a budget is?”

However, the customer insisted that they only had a $1 budget and wasn’t willing to pay the right amount for the kind of full body art they wanted.

“Even though some people have a budget, the item can be out of their budget!” 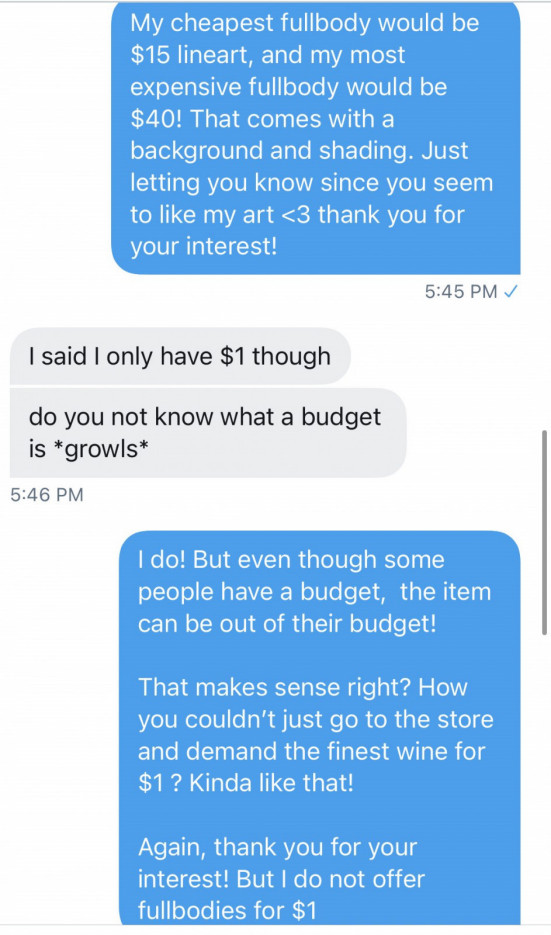 “You really think your art is the finest wine. You couldn’t even draw a character that wasn’t solid colour,” they said.

But Opalite was not having any of it and insulted them back.

The customer even tried roleplaying by saying things like *cackles in hyena*, *growls at you* and *gets ready to pounce*. 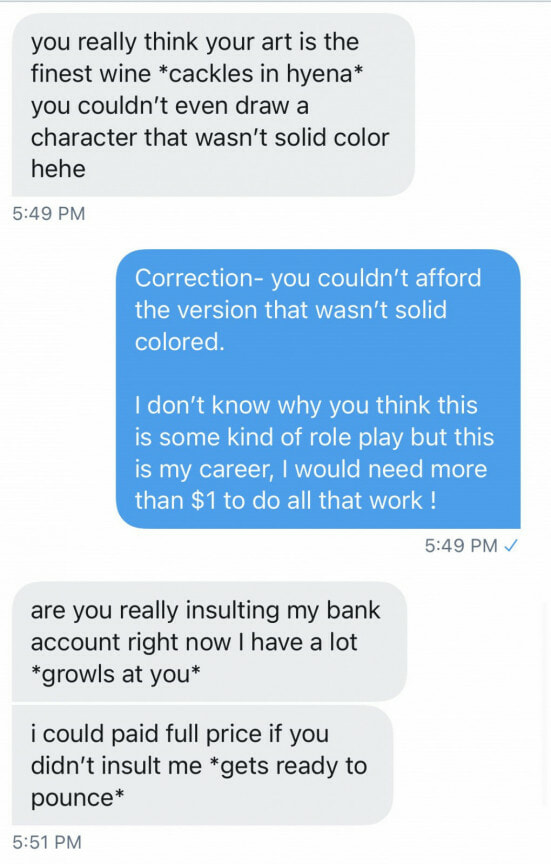 Eventually, Opalite refused to entertain the customer anymore and blocked them.

“I will be blocking you now. You insulted my art first by expecting it to be THAT cheap. I gave you an offer, you could’ve taken it or left it but you chose to GROWL at me. Goodbye,” they said. 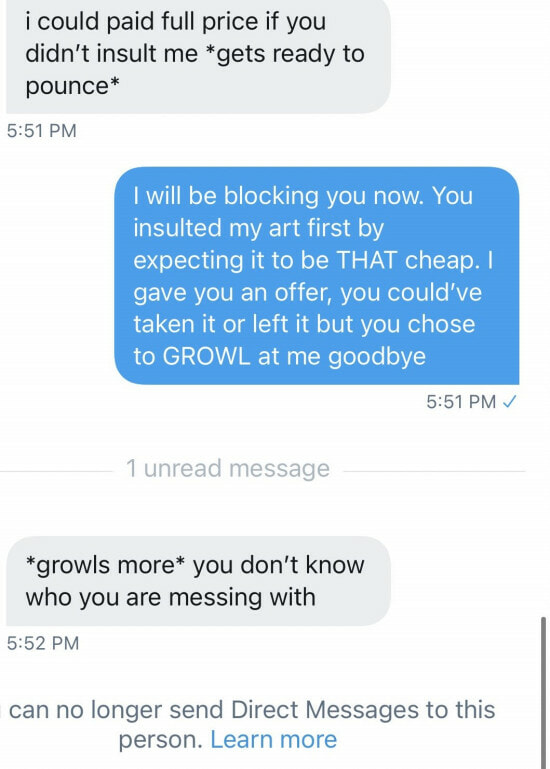 People who think that being an artist isn’t a real career and that their work is not worth paying for need to stop undervaluing and undermining the livelihoods of others. No one knows the amount of time and effort artists put into their work. The best we can do is to buy their art for what it’s worth, however much it may be. 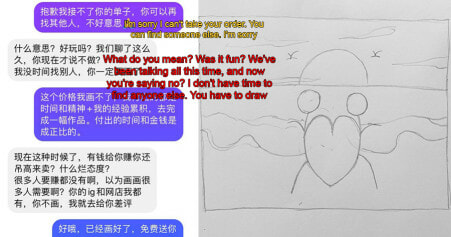