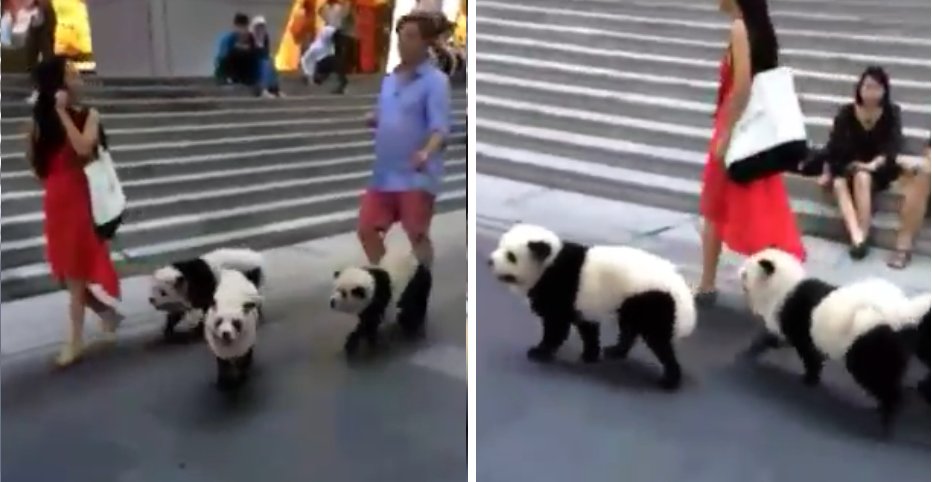 Astonished, she took a short video of them which got everyone dying from how adorable they are!

“While walking towards ION…suddenly joanne told me eh panda…I being silly turn and saw and IT definitely looks like panda…almost went to hug it.

Then I realise that they are dogs…they REALLY look like panda! !!

Then was told it’s a chow chow. .. (don’t know whether they dyed the color.)”

Apparently these were indeed Chow Chows which goes by the name Tudou, Yümi and Doudou. They are professional photoshoot dogs which anyone can rent to spice up their photoshoot sessions!

Although most people thought these very adorable little pups were bouncing down the street, some argued it to be cruel to treat the dogs that way. Some mentioned that dogs or any other animals should be retained in their original form instead of creative ‘havoc’ on them.

What are your thought on this?