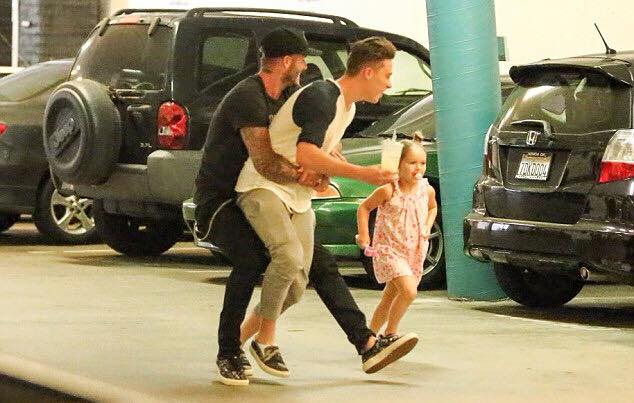 Being a father is not easy, but it definitely has its perks. (Otherwise why would any one go through it besides trying to sustain the human species?)

Anyway, images surfaced of Daddy Beckham holding back his son, Brooklyn. Oh no, kinda looks like a struggle or kidnap. 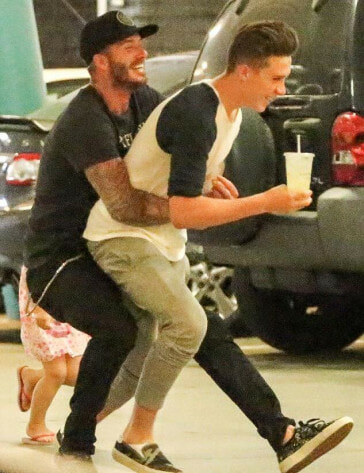 Ok, for real though, the images show David with his two children, Harper and Brooklyn in the parking lot. Apparently they were racing to see who would reach the car first.

Brooklyn being 12 years older than his little sister takes the lead, but is held back by daddy Beckham. 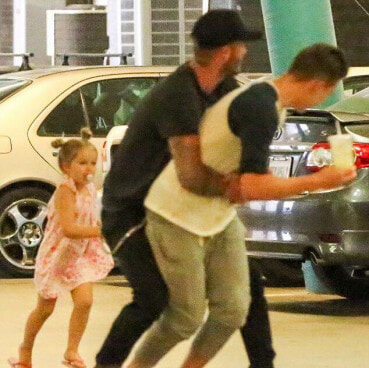 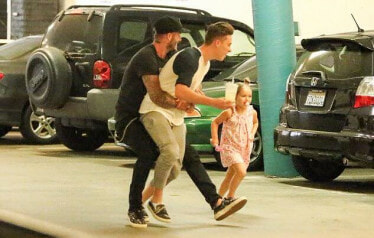 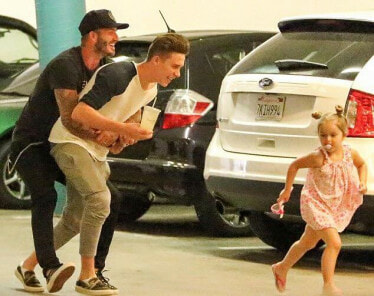 Along with her little pacifier, Harper makes a run for it, beating her 16 year old brother.