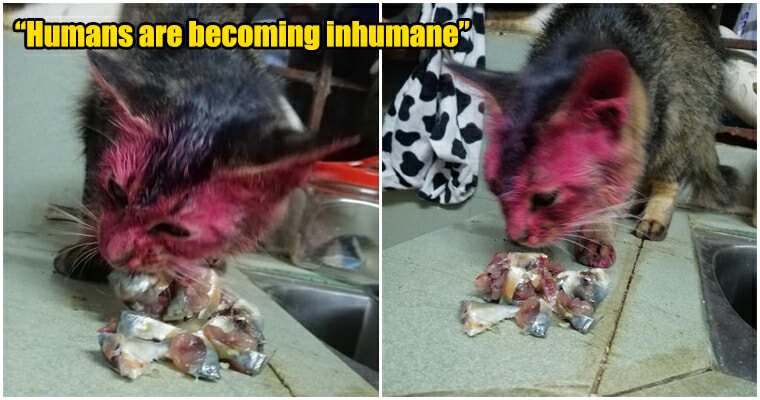 Here’s another example of a douche! We can’t understand why people continue to abuse animals, and we hope we never do.

Because of their strong sense of smell, normal paint fumes can irritate your cat’s eyes, nose, and respiratory system. Your cat could even become nauseous and dizzy, or have an allergic skin reaction!

It’s controversial to even dye them for this reason.

Yet we have this ‘creative’ individual, whoever he/she may be, who painted an innocent cat’s face with bright red paint. Pictures of the poor feline were posted on a Facebook page called Dunia Kucing by Jimmy Ucop – Pian with the caption,

“I woke up this morning.. And saw my cat’s face full of paint. Located at Kampung Teluk Binu, Padang Serai, Kedah. Whoever did this, I hope you just die already.” 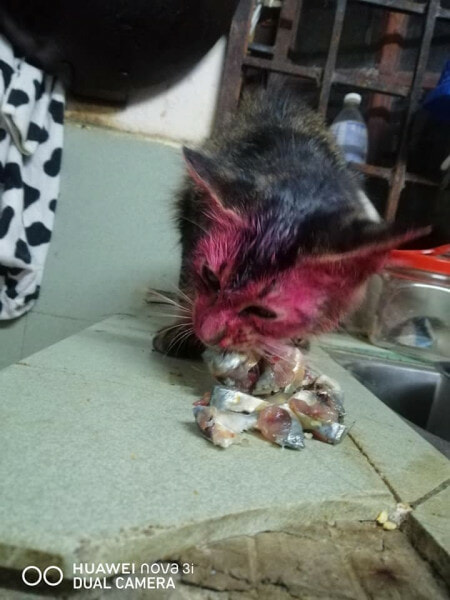 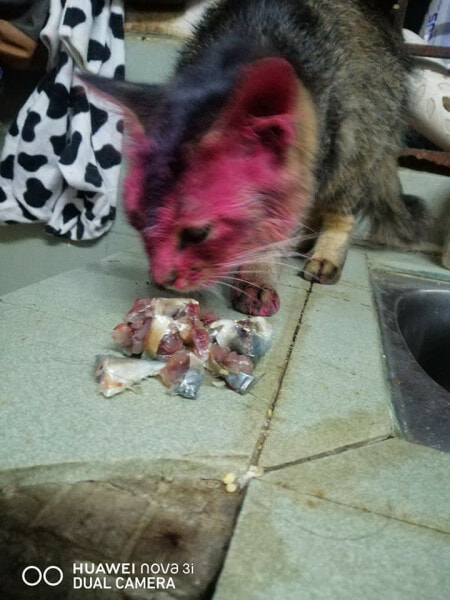 And obviously no one is happy with this act of abuse.

“Poor thing.. If I knew who did it, I would paint his face in return… Pissed me off.”

“Why do you have to be so vengeful toward the cat… If I get my hands on him, I would paint his face back.”

“If you find the culprit, just beat him up till his face his just as red.”

“Nowadays, you can’t even let them roam outside, humans are becoming inhumane.”

The pictures open up a lot of room for speculation, but however you think this incident happened, we are sure that the kitty did not do it to itself.

“Most probably spray paint, normal paint should be sticky.”

“It’s impossible, someone must’ve did it. If the cat jumped into a paint can, the mark wouldn’t be as neat.”

Whoever thought that this a good idea must’ve broken their funny bone. The cat could’ve died if it accidentally consumed the paint, sheesh! 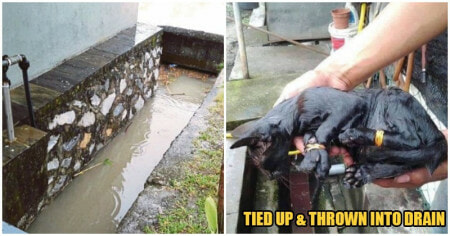