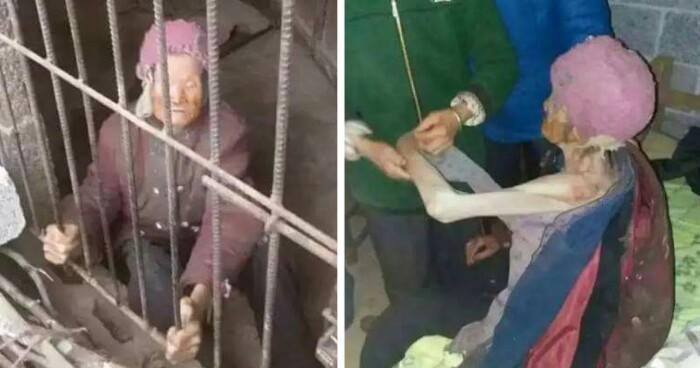 We should always love and respect our parents. Throughout their adult lives, they sacrificed so much just for us.

As they age older, it is our turn to return the love and care. But this ruthless Chinese couple not only forgot to take care of their mother, they even locked her up in a pigpen for several YEARS! 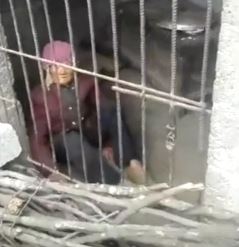 The Shanghaiist reported that this incident took place in Guangxi, China. The pitiful 92-year-old lady was found locked up inside a dirty pigpen. Apparently, her own son and daughter-in-law are the culprits.

A video of the poor woman being stuck in the animal pen went viral in Chinese social media. From the video, it was evident that the space was so small and cramped that she barely had any room to move about.

The tiny room was also extremely filthy with dust all over the place. Her ‘bed’ was merely made up of a lousy piece of wooden board covered by an old quilt.

The ‘door’ was also just a frail looking gate which if it were very cold, the poor woman must have been freezing.

Thankfully the elderly lady was rescued and moved to a hospital for treatment. But she looked extremely frail and dirty.

Living all alone, locked up in the tiny pen for years must have caused her to become weak. 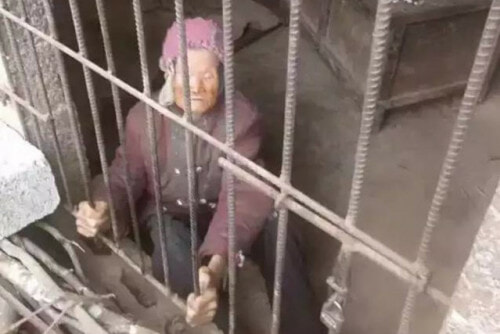 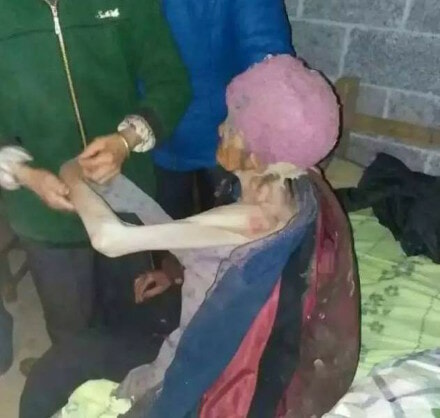 In the video, she seemed rather confused and dazed too. Hopefully this granny will be alright!

Currently, the Chinese police are investigating this case and suspect the horrible couple of maltreatment.

Unfortunately, locking people away in pigpens are quite the norm in China. Usually, unwanted family members are kept there.

The Shanghaiist explained that in 2014, a 90-year-old grandmother was also locked up in a pigpen for a month by her own children!

The poor lady couldn’t survive the harsh treatment and sadly died of starvation.

Besides elders, even children are known to be locked away too. In 2014, an 8-year-old girl from Sichuan was also placed in a pigpen by her mentally-ill mother.

Then, in 2015, a 7-year-old boy from Henan was also found in the animal pen. Fortunately, both children were rescued.

Watch the disturbing video of the elder lady stuck in the pigpen here: