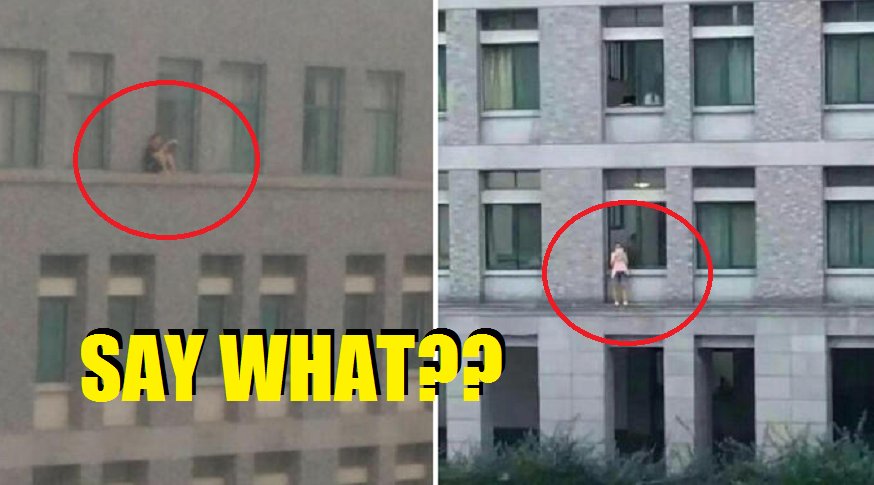 Students in China seem to be literally taking their studies to the next level.

A Shandong Normal University Student recently scared the living daylights of other fellow students when he was spotted casually studying on the ledge of the fifth floor of his building.

He’s seen crouched on the narrow ledge outside his window peering into an open book. 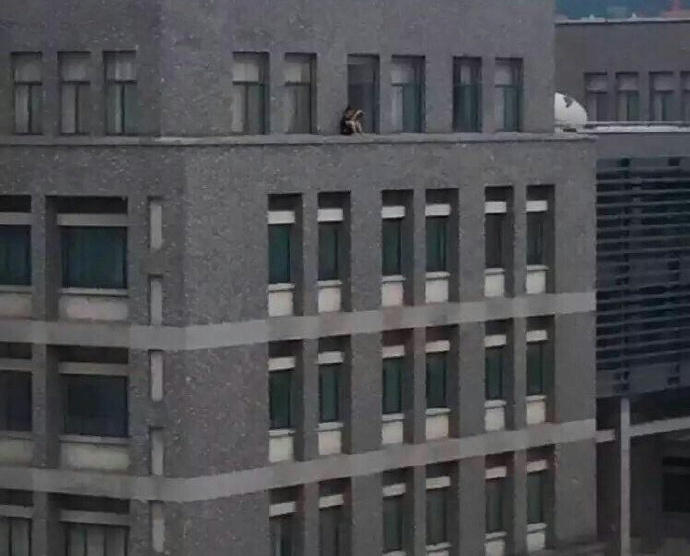 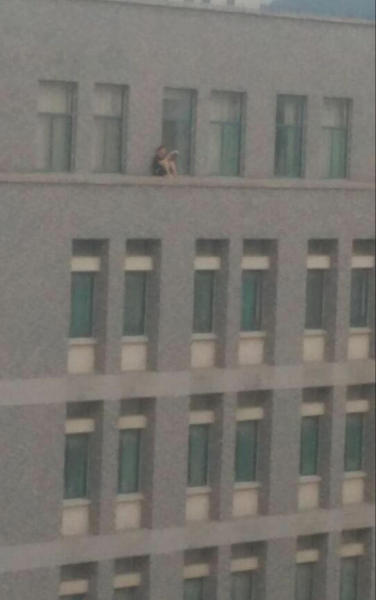 He’s not the only one though.

Another photo emerged of a female student at the same university studying outside her one story window. 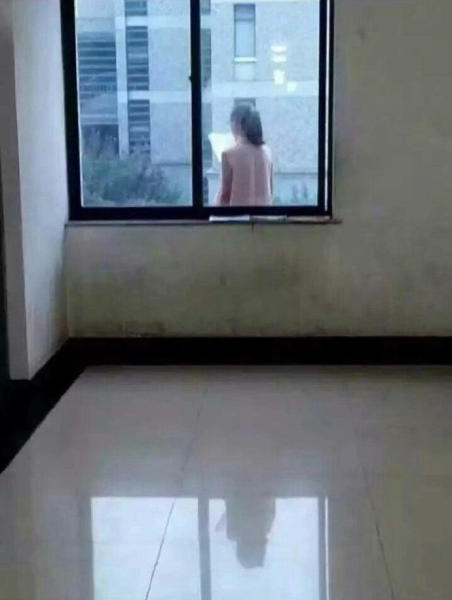 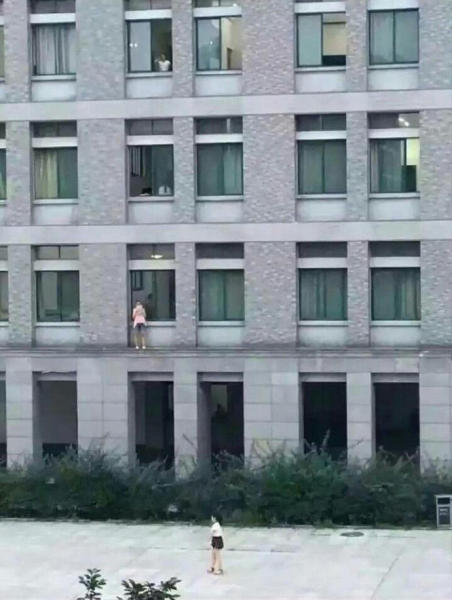 While no one really knows how this strange phenomenon began, netizens have offered their own explanations. According to the Shanghaiist, one wrote:

“Straight- A students are the best at everything, they don’t even have acrophobia.”

“You guys don’t understand what it’s like for straight-A students. They need to escape from all the stupid people around them.”

Talk about an intense last minute grind though…

OR! Maybe these students just couldn’t take their smoking room mates, and decided to skip DIY-ing a second hand smoke machine like this kid here, and just wham bam it outside.