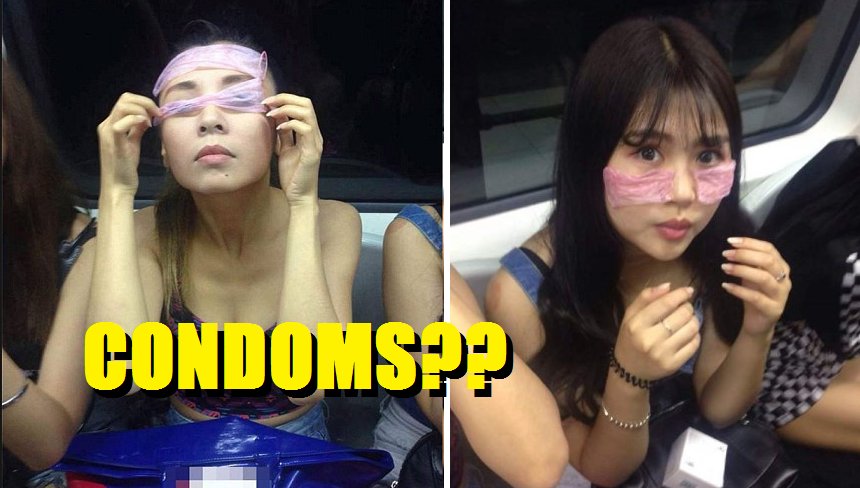 A few women were spotted with condoms on their face and arms riding the Beijing Metro during the rush hour.

Passengers were astounded by such a scene that they couldn’t help but to whip out their phones to post this bizarre act over social media. 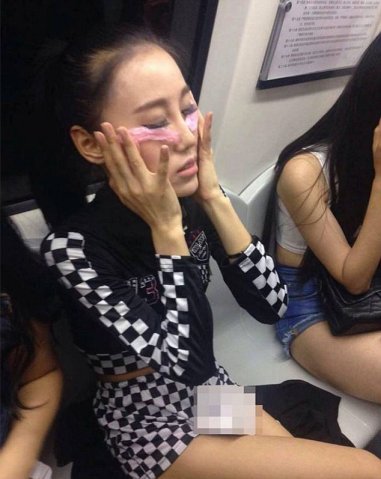 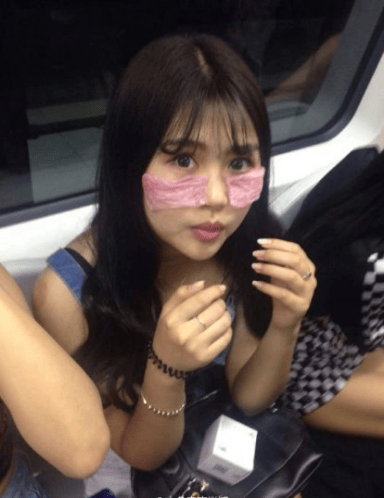 It is quite common to find condoms in a guy’s wallet, in a girl’s toiletries bag, but very seldom openly displayed. As such, this act has gained a large attention of the public after making its way online. 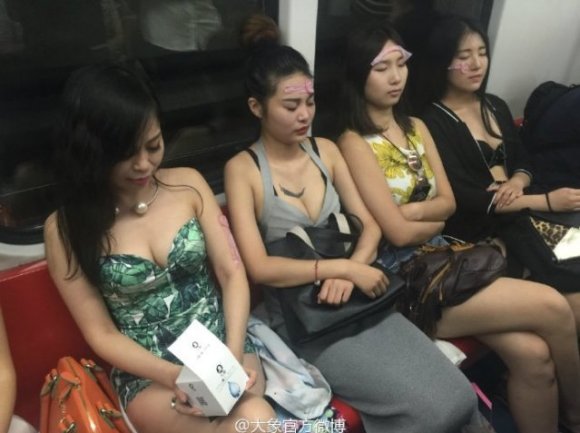 The girls had the condoms placed over their forehead, eyes, nose, wherever they could! As peculiar as it sounds, it’s even weirder to look at.

However, it’s no surprise to find that these were actually paid models by a Chinese condom company, DxCondom as a form of advertisement to show that lubricants are actually good for the skin.

You don’t see Durex doing that for their new Durex Invisible! Then again, it’s so thin (because it’s supposed to feel ‘invisible’) you’d wonder if people wouldn’t even notice if you placed it over your head. 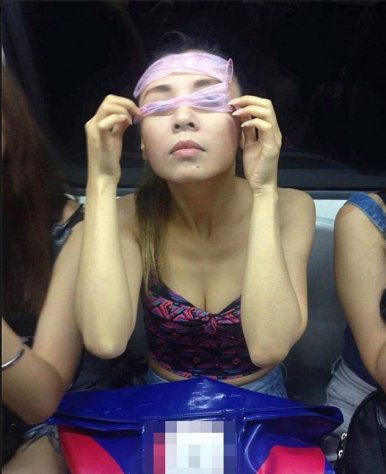 Yay to eye patches to get rid of my eye bags.

That is sure one way to get your message across.

However, not everyone was impressed by the controversial stunt. Some users from Weibo, a Chinese blogging website has stated that the idea was cheap and moronic. Some were supportive while others seemed negative over this matter.

With that being said, the company has definitely got the attention it was looking for; you know what they say, “Any publicity, is good publicity”. 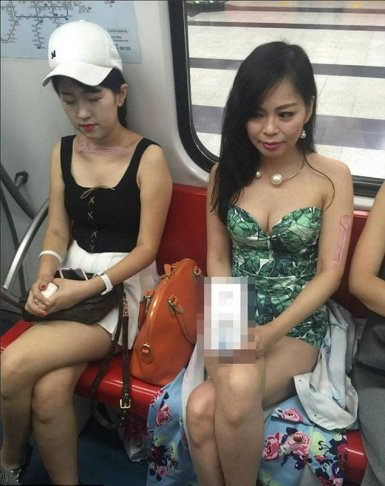 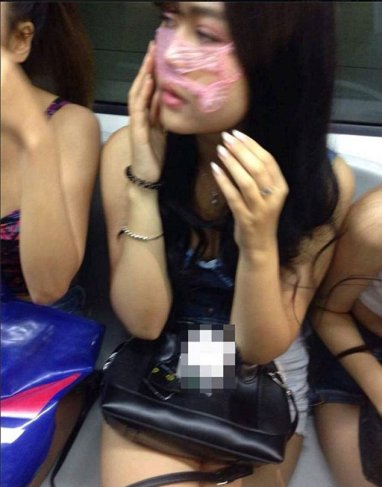