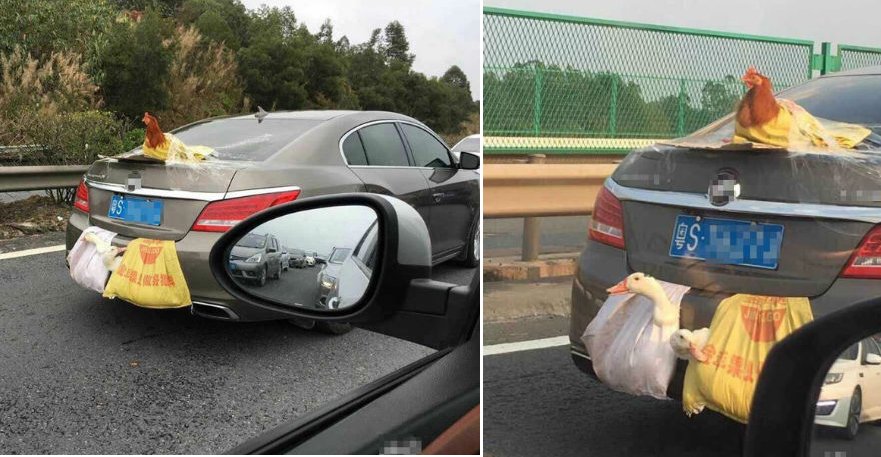 When we’re on the road, it’s usually the norm of cars, road, traffic jams, and more cars. But sometimes, you catch a glimpse of something more interesting. Maybe someone digging their nose.

But what this person spotted on the road was completely mind blowing.

During the usual Chinese New Year balik kampung season, a car was spotted lugging a chicken and two ducks at the back!

The chicken was secured on the rear hood and two ducks dangle inside plastic bags while their head pocked out of it.

These images taken by neighbouring cars were shared to Weibo which eventually went viral.

We aren’t too sure what the owners plan to do with them but after the animals breathing in the ‘fresh’ air of the highway, we’re not sure if it’s a good idea to eat them anymore.

Apparently, this was not the first car to have birds riding at the back. A search on Google revealed another one which had at least 6 chickens!

Either way, still not an advisable way to transport your live poultry. But A+ for creativity!

So, does it mean the chicken crossed the road?