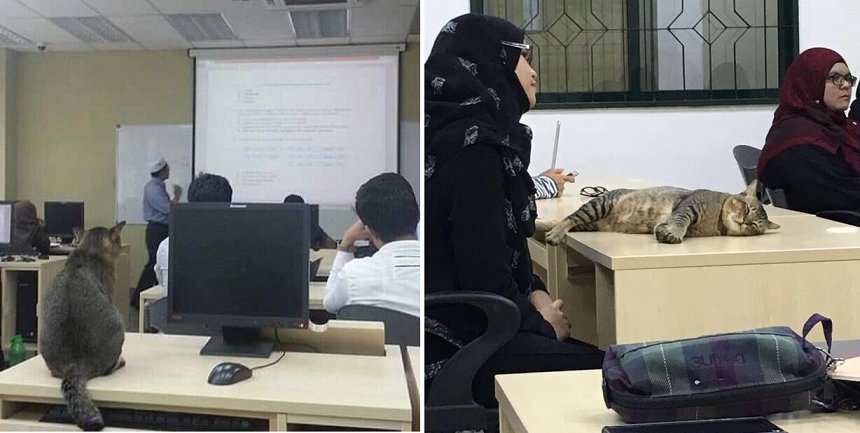 A cat casually joined a class in International Islamic University Malaysia (IIUM) a few days ago and the feline friend quickly earned its spot on the Internet.

After strolling into the classroom, it took a seat on the desk and listened attentively to the lecture. 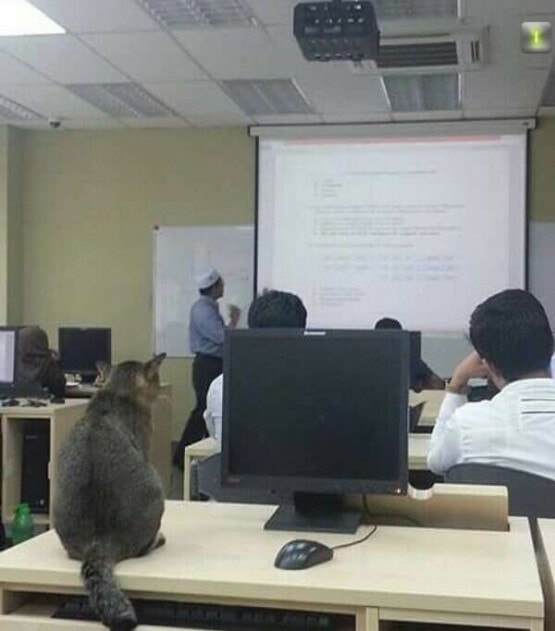 Many were amused how adorably relatable the cat is.

Because it props itself up on the desk, tries to pay attention in class, and then..

21-year old Twitter user, Nur Elynna bt Mohammad Shaharul Hashri who was part of the class tweeted the image of the cute sleeping furball, which soon propelled the cat to become Internet famous!

The images were shared widely by Malaysian students who could relate how it really feels in a lecture. 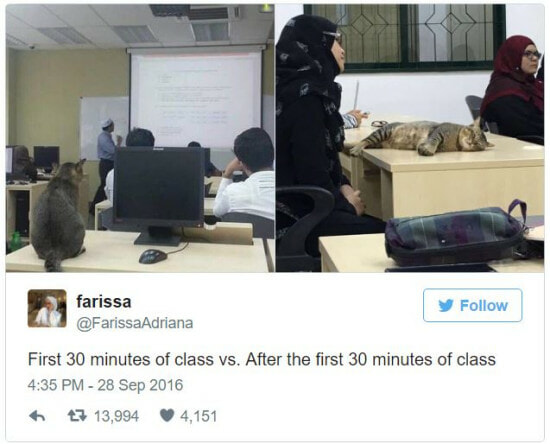 The adorable story was even covered by BuzzFeed!

Hasri tells BuzzFeed that the students have no clue where this cat came from and who it belongs to, but it can always be seen around the University’s campus.