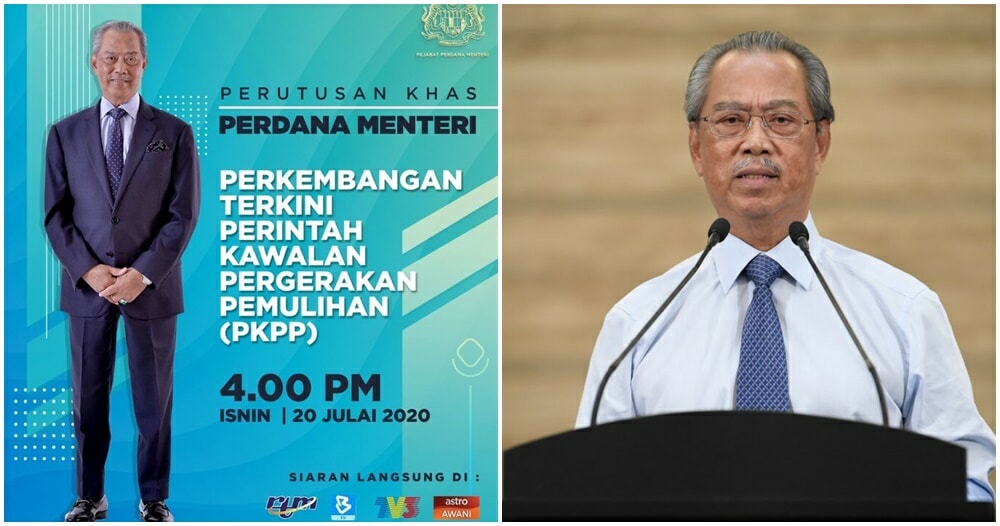 While many are anticipating the announcement of the RMCO’s possible lift or extension, further details of the announcement have yet to be released. However, Khairy Jamaluddin, current Minister of Science, Technology and Innovation, reposted the announcement on his Instagram story with a foreboding indication of what the announcement might entail. The minister said, “We’re not happy with new infection numbers and increasingly lackadaisical attitudes on SOP.”

Previously, pictures of the alleged special announcement circulated in Whatsapp groups but there was much confusion as to whether this was fake news. Nonetheless, PM Muhyiddin took to his official Facebook page earlier this morning to clarify the situation and alert the public that he will address the nation as the special announcement will take place today at the designated time specified.

What do you think is going to be announced? Share your thoughts with us in the comments below and stay tuned to find out more!

Also read: 3 New Covid-19 Clusters Detected in Malaysia Including One At A Brickfields Restaurant