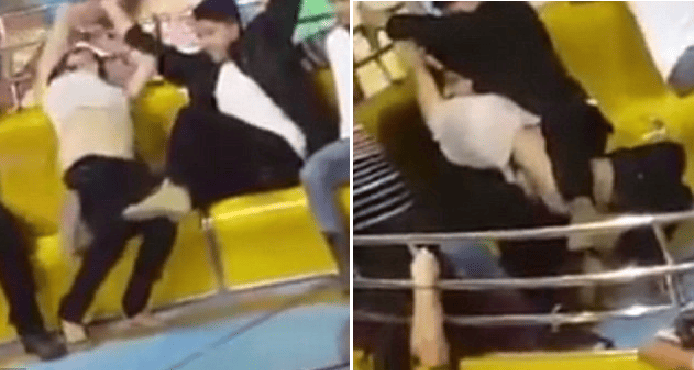 It’s was during Costa Rica’s Zapote Festival when a couple would probably go through their most embarrassing moments in their life.

The couple went to ride on the La Tagada in the festival where the ride bops you up and down and trashes you left and right. During the ride, the violent movement has caused the girlfriend’s trousers to slowly slip off her waist. 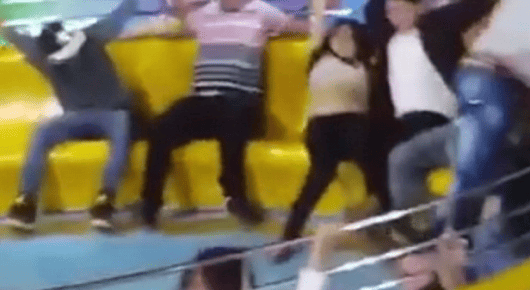 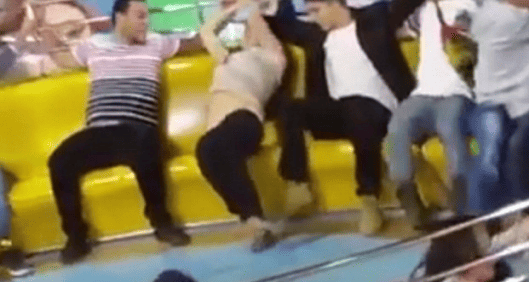 The girl being thrown about could not pull up her pants because well, she was already clinging onto dear life.

The boyfriend who saw it desperately tries to help her cover up, especially when he realizes she’s not wearing anything underneath! The struggle caught the attention of onlookers (and where there’s a festival with beers, there will be cheeky crowds), who at this point were cheering.

At first the boyfriend struggles to help pull her pants up, but he himself was already holding onto dear life, unable to let go of the side bars. In a desperate attempt, he wraps his legs around her waist, using his own body to cover up her oopsies. 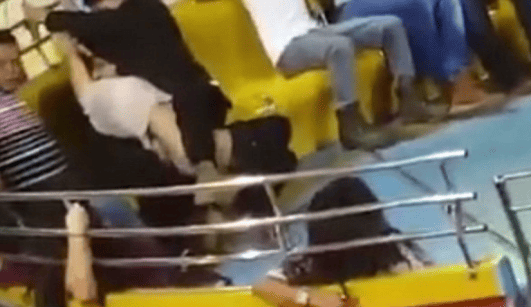 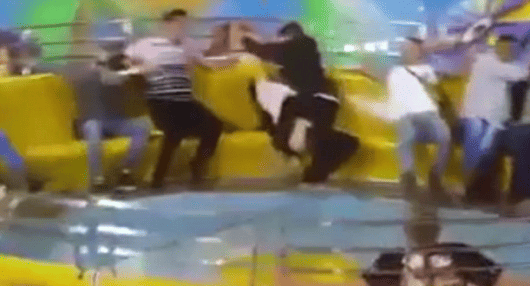 When the ride finally came to a stop, the boyfriend eagerly use his body to shield unwanted onlookers while she quickly pulls her pants back up. 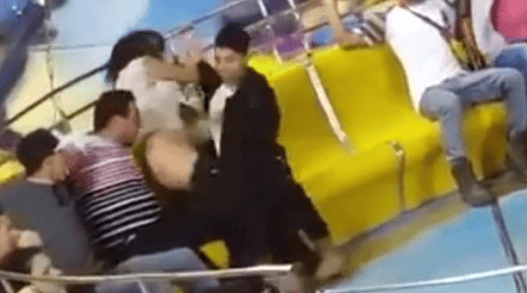 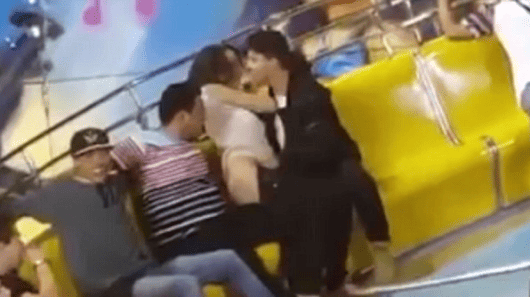 Looks like this stranger had one heck of a ride.

We really salute the boyfriend in his desperate attempt to help the girlfriend out. As for the girlfriend, put some panties on next time! Or just get tighter trousers.

Costa Rica’s Zapote Festival is a traditional year end festival in the capital San Jose, which runs from December 25 to January 3 and attracts around 25,000 people each day.