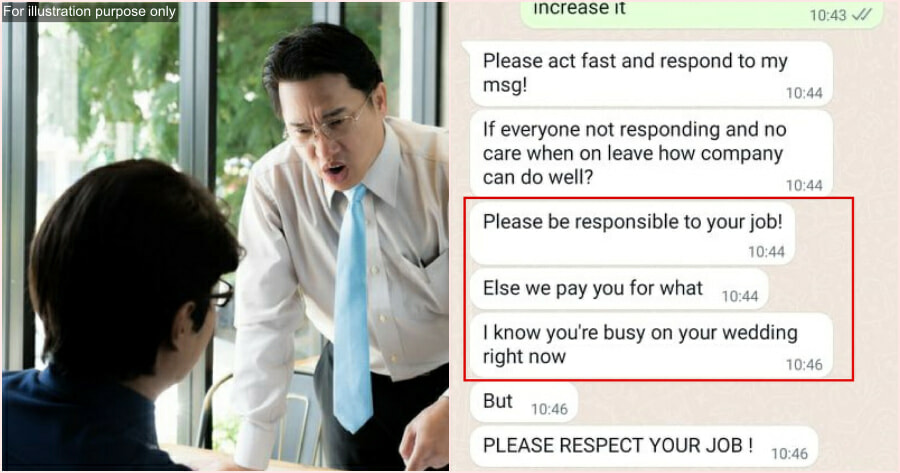 “I know you’re busy with your wedding right now but PLEASE RESPECT YOUR JOB!”

There seems to be no end to horrible bosses who harass their employees to work even during public holidays or even when they are on leave. To combat such situations, countries such as Portugal have even banned bosses from contacting their staff outside of working hours.

However, in Malaysia, the problem continues to persist. Facebook page MCN 亚娱 recently shared on their social media platform screenshots between an employee and the CEO of an unknown company. 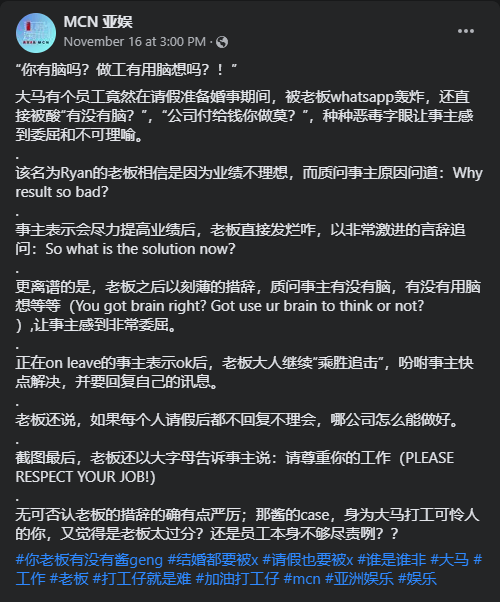 The conversation between the boss and the employee started off with the boss asking the employee why this week’s result was so bad. Just five minutes later after seeing that the employee has not responded, the boss began his barrage of messages.

Boss: Where da hell are you now?

Boss: You thought on leave no need to care about your job is it?

Right after that, the employee responded by saying, “Sorry Ryan, I will push harder to improve the number.”

Ryan then continued to berate his employee by asking him how to push harder? “So what is the solution now? I need solution!”

The said employee then tried to suggest a method of improving the results which was to follow up with old leads. To which Ryan responded by saying, “That’s it?”

“You got brain right? Got use your brain to think or not?”

“No sales then find other ways la, don’t simply tell me no result,” he added.

After the employee replied by saying that they will find other ways to help increase it, Ryan continued to berate the said employee.

“If everybody not responding and no care when on leave how company can do well. Please be responsible to your job! Else we pay you for what.”

“I know you’re busy on your wedding right now. But PLEASE RESPECT YOUR JOB!” he said.

The post has amassed over 2,000 likes, 2,200 comments and 5,500 shares at the time of writing. Many users took to the comments section to note how disrespectfully Ryan is treating his employee who was on leave for their wedding.

One user said, “I respect my job but this kind of boss never gain my respect.”

“A company can succeed when the boss know how to respect their employees. Without the employees, your company is NOTHING. Please learn how to respect first,” said another.

Several other users also took to the comments section to share their similar experiences with horrible bosses.

One user said, “Compared to what I faced before, it’s almost the same. I’m sick, but the boss of the company said that I have to work when I’m sick.”

Another said, “My ex boss also often told us to be sick on an off-day instead of a working day (as if being ill can be controlled).” 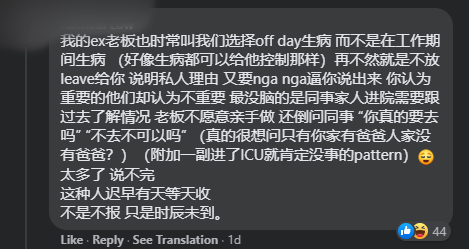 Perhaps Malaysia should also look into enacting a law banning bosses from contacting their employees outside of working hours? 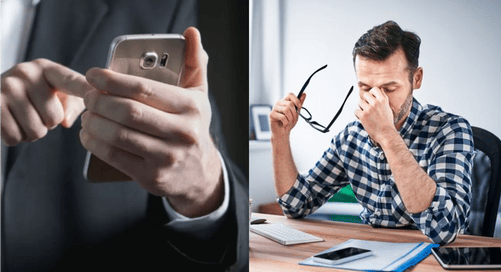