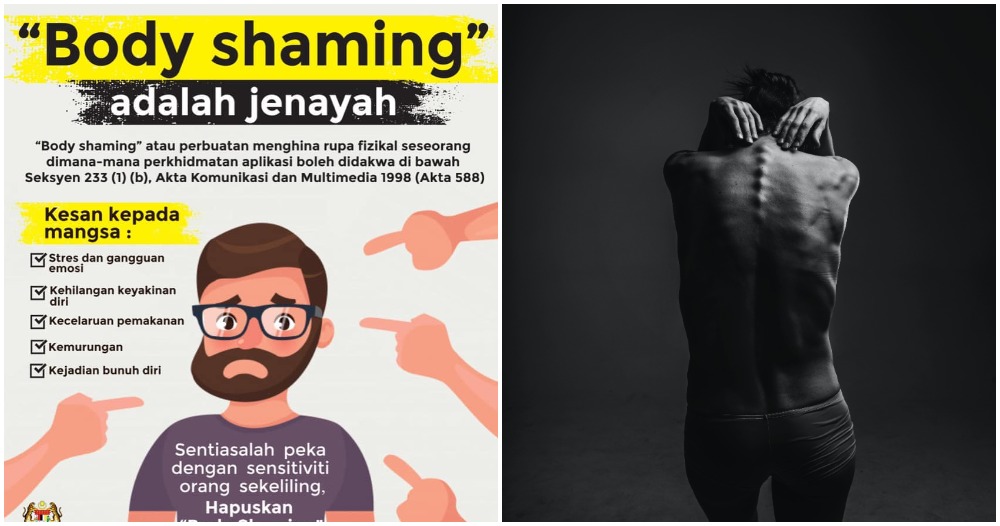 If you’re reading this, you’re probably familiar with the Internet. And that means, you’ve also been exposed to one of the most horrible aspects of social media, which is CYBERBULLYING. You’ve either experienced it yourself or seen it happen to a celebrity. Cyberbullying is known to have extreme effects on people and has become a major mental health risk in our modern world.

The most “popular” form of shaming is, of course, body shaming where random people on the internet would give their negative and often derogatory opinion on your body. If you’ve gained weight, if you’ve lost weight if your body looks different etc, and the insults go on and on. It’s so odd how some people can’t just allow a person to feel confident in their own body. It doesn’t help that SOME influencers promote an unhealthy body image on their social media.

The government has taken notice and is taking steps to combat this phenomenon. The Ministry of Health just released an infographi showing the effects and implications of body shaming. 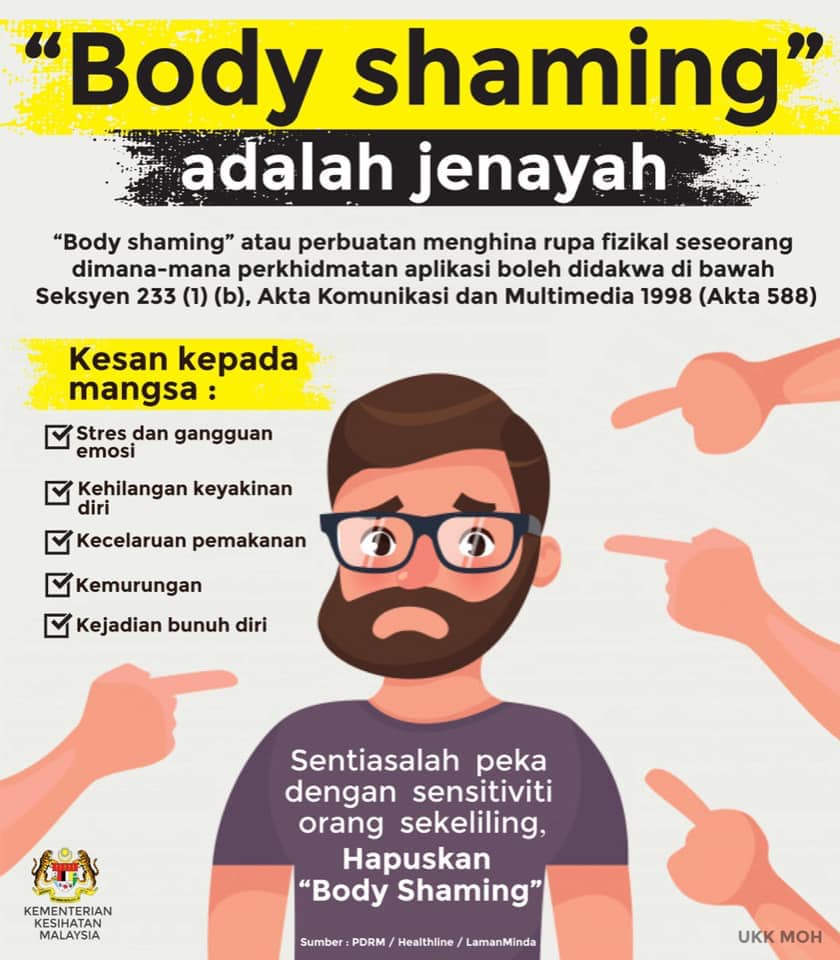 The first line itself should be clear enough. BODY SHAMING IS A CRIME! Those who body shame on any social media platform can be charged under Section 233 (1)(b) of the Communications and Multimedia Act 1998, which entails a punishment of a maximum fine of RM50,000 or a maximum one-year jail term or both, plus RM1,000 for every day the offence is continued after conviction. The post also made light of the effects a victim of body shaming can face. The effects include:

The Malaysian Communications and Multimedia Commission (MCMC) released an infographic reminding Malaysians once again that body shaming is a crime and we should always be aware of our surroundings. 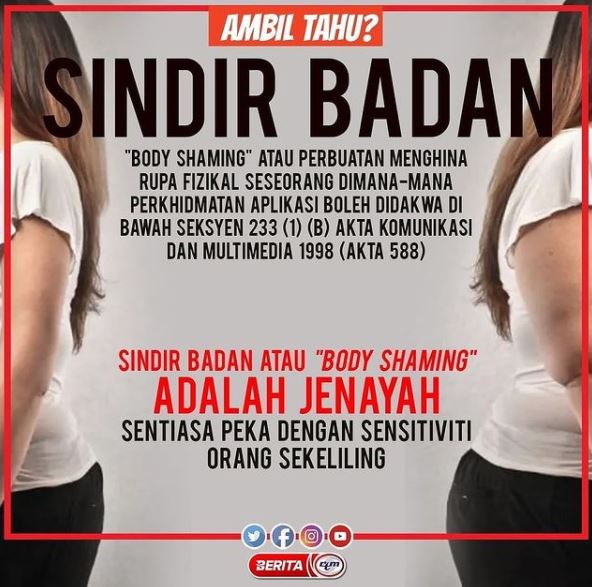 Those on social media who have ever been body shamed, do not hesitate to make a police report. Cyberbullies should be accountable for their actions and netizens, think carefully before you throw an insult at someone online. Clout may be temporary but the court of law is permanent.

Let us know what you think of this! 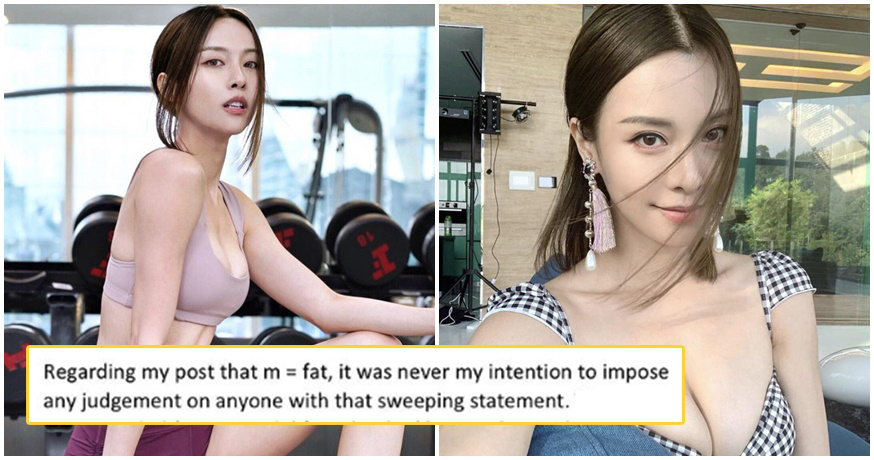