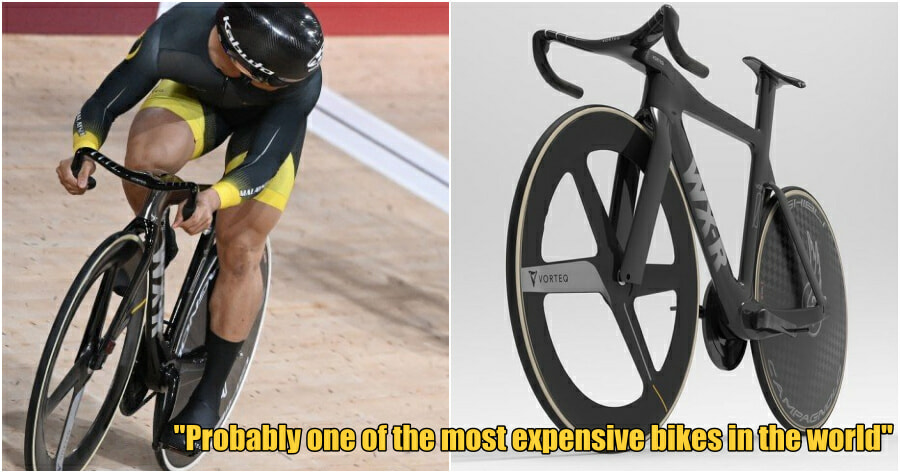 “This is probably one of the most expensive bikes in the world.”

Dato’ Muhammad Azizulhasni bin Awang’s silver medal success at the men’s keirin event of the Tokyo 2020 Olympics has provided Malaysians with a sense of pride and happiness.

Malaysians’ are now finding out more and more about the technology used by the “Pocket Rocketman” on his journey to claiming that silver medal.

On August 8, Malaysian tech enthusiast Richard Ker shared his thoughts on a Facebook post touching on the WX-R Vorteq bicycle which helped Azizul in the Olympics.

The bike that helped Dato’ Azizulhasni Awang achieved victory at the Tokyo Olympics Costing about RM300,000…

According to his post, the bike was developed through a collaboration by Worx Bikes as well as research and development company Vorteq based in Silverstone, UK which specialises in sports aerodynamics.

It was developed in Oxon, UK and features a full carbon saddle and an integrated handlebar and stem. Richard says that “The handlebar has been carefully developed using computer simulation techniques FEA (Finite Element Analysis) and CFD (Computational Fluid Dynamics).”

“It’s then verified in the wind tunnel and on stiffness testing machines, to ensure that the best possible balance of low aerodynamic drag, low weight, and high rigidity has been created for the needs of world championship level riders.” 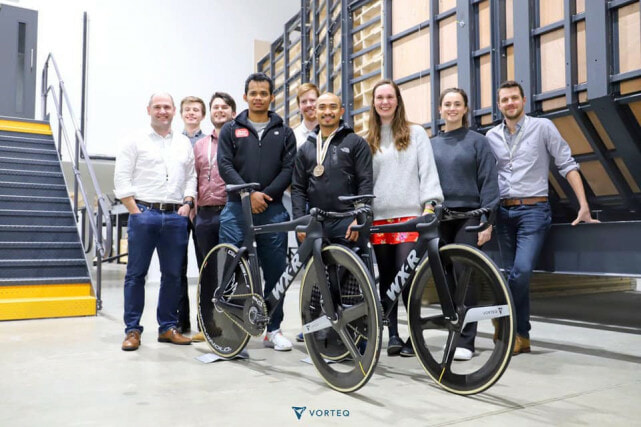 Furthermore, the bar width of 30cm and short grip length is said to put the rider’s hands in the ultimate aerodynamic position

The bike was born out of the necessity to keep our Malaysian riders technologically on par with other more established cycling nations such as Germany, the UK, and the Netherlands.

Public’s reaction towards it

As expected, netizens were shocked at the price tag of the advanced bicycle but most agreed that it was worth the price for Malaysia’s only silver medal in the 2020 Tokyo Olympics.

One user said, ” The bike will only be of so much good if handled by a competent rider. Competency comes through years of discipline, pain, hardship and at times, ridicule.” 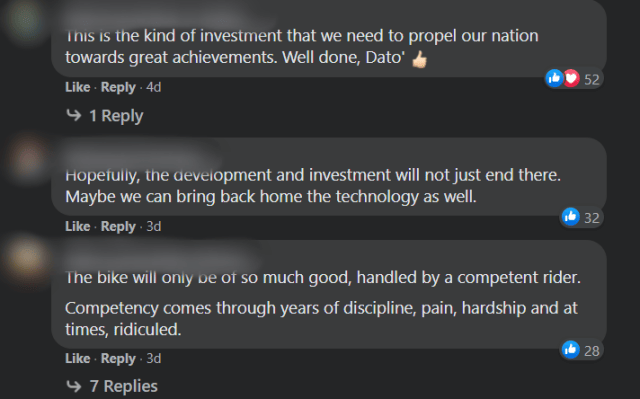 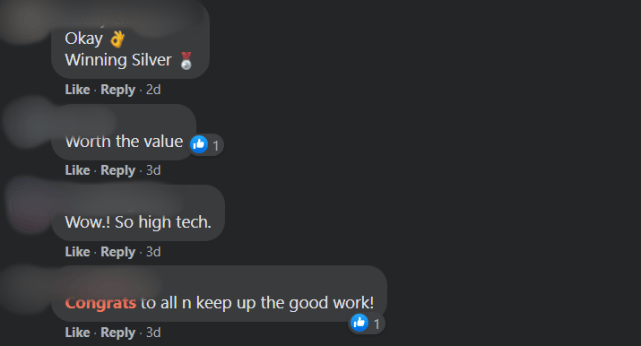 Whilst another suggested that it is not that expensive considering the manpower and research and development that has gone into it.

“To put into perspective, hiring a good researcher for a year would easily cost you RM240,000 including EPF, benefits, management cost and more. This is not including the cost of equipment research and the manpower to develop the new tech, build and fine tune the bike to the rider” 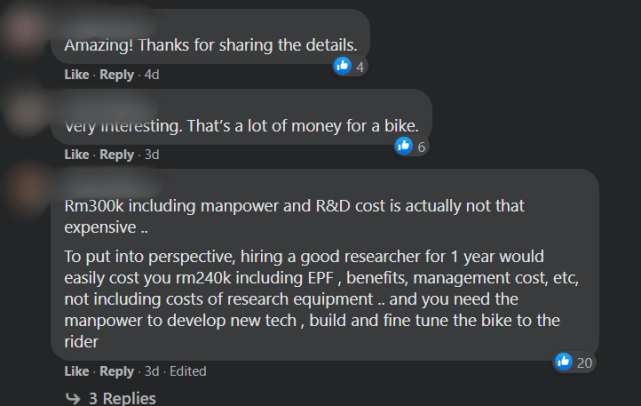 History and pricing of the bicycle

In an interview with Astro Arena, Azizul explained that it all stemmed from the performances of Great Britain during the 2012 London Olympics.

“The bicycles that the British and Germans were using were highly advanced and were previously too exclusive to be sold on the market. But this was changed after the 2016 Rio Olympics,” said Azizul.

He said that in 2017, relevant Malaysian bodies have begun investing in the technologies to excel the cyclists.

Azizul also uncovered that the publicised price of the bike was actually a tactical ploy and perhaps is not as expensive as reported.

“This is because we wanted to protect our research and development of the technology used in it. The intention was not to attract the attention of buyers but it backfired and ended up being under the spotlight,” he added.

But with everything purposely built for pure speed and aerodynamics, it’s unsurprising that such machines can easily and almost always run into the five-figures of prices.

Now that we’ve have seen the tech used for the 2020 Tokyo Olympics, we wonder what new tech will Azizul be using to hopefully clinch our first Olympic gold at the Paris 2024 Olympics. What do you think? Let us know in the comments! 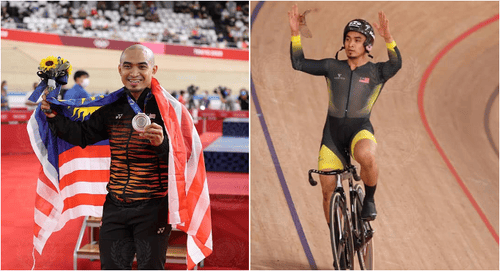