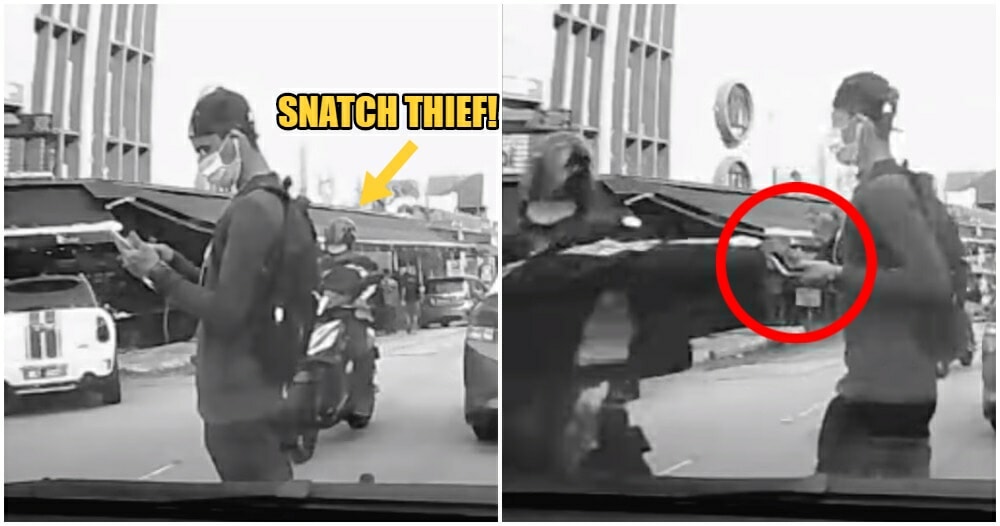 Times are hard and some people are trying everything to survive, even if it’s breaking the law.

A dashcam video showing an unfortunate incident of snatch theft went viral on the internet during the weekend. Said snatch theft incident happened on the 8th of June at around 4.30pm near the SS15 LRT Station.

The video starts off with a man walking in front of a car while listening to music via earbuds. He was on his phone and it seemed like he wanted to cross the road as he looked right and then left. He then stops to let a motorcycle cross.

However, the motorcycle which appears to NOT have a license plate and is riding AGAINST traffic slows down. While the man was focused on his phone (judging by his actions, it is possible that he was waiting for his e-hailing vehicle), the motorist took advantage of it and snatches his phone.

The victim wanted to chase after him but he stopped. Then he talked to the man behind him and they looked at the thief together. The video ends with the victim looking forlorn. 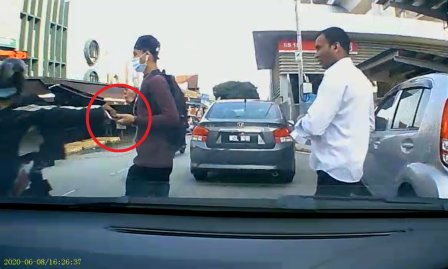 It is always good to remain vigilant and not get distracted when you’re outside. Looking left and right before crossing is a good way to survey if there are any suspicious vehicles. If you think that a vehicle is suspicious, move away from the road and go towards a crowded place.

We hope that justice will prevail in this case!