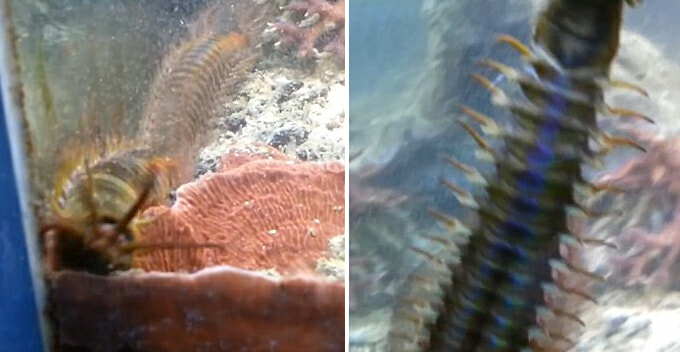 This is what happens when you leave your aquarium unattended for TWO years.

Recently, a video was uploaded on YouTube by an account named Gurutek, and it sent chills down the spine of some six million people who have watched it.

Just a heads-up, the video features a 1.2-metres-long centipede-like worm slithering about in the aquarium. It has spiky tentacles on both sides and a hard exoskeleton protecting its body. I’m calling it, monsters do exist!

Here’s the video for you guys. Geli, tak?

According to Daily Mail, the guy first saw the creature when he noticed something was out of place in the aquarium. He said:

“I was breaking down the aquarium (as I was moving it), hence it was looking shoddy. That Eunice (bobbit worm) was in there for two years before I noticed, and I only noticed it because I had whole coral colonies missing in a single evening,” he said.

“I first saw it after I spent a few nights sat up (after lights went out) for about 3 hours per night, looking for the critter who ate my corals. Even when I knew it was there, I’ve only ever saw it 3 times within the span of a year. It hides in the rocks, and only comes out at night. It’s impossible to catch without taking everything out the tank,” he added.

So what was that?

The organism is actually called a bobbit worm, or scientifically known as Eunice aphroditois. 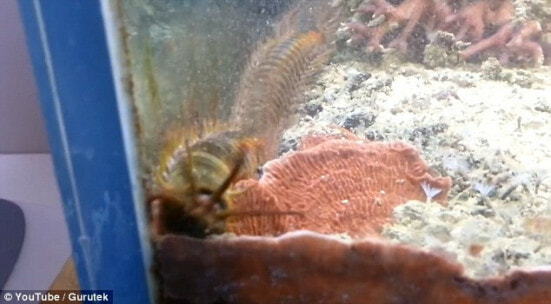 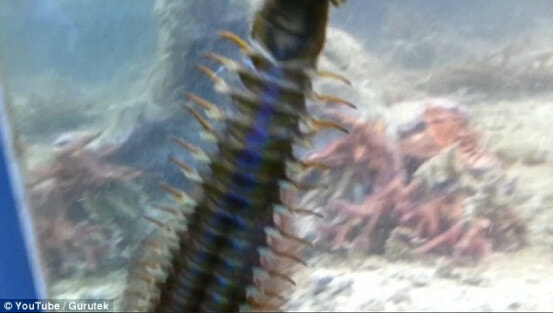 They prey on coral and fish by lurking among the rocks and lunge towards its prey. They can be commonly found in Indonesia and Philippines.

And who ‘released the kraken’ then?

It was believed that the worm may have hidden itself inside the live coral when the coral was sold to the aquarium owner.

Netizens were absolutely terrified by the ‘sea monster’ after watching the video. “All aboard the ‘nope’ train!” a cheeky netizen said.

There were also some who insisted the creature must be killed. “I know it lives underwater, but still we need to figure out how to kill it with fire,” another netizen commented.

So guys,if you do have an aquarium at home, clean it regularly! If you haven’t been doing that, maybe you should start now and see what’s lurking! *shudders*

Also read: This Viral Video of a “Moving Wig” from Thailand is What Nightmares are Made Of 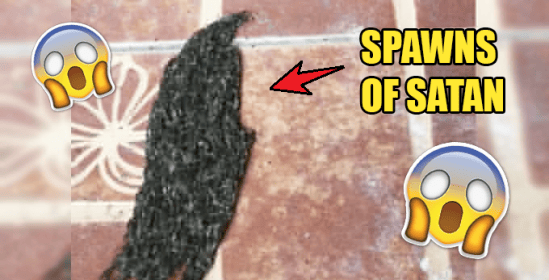