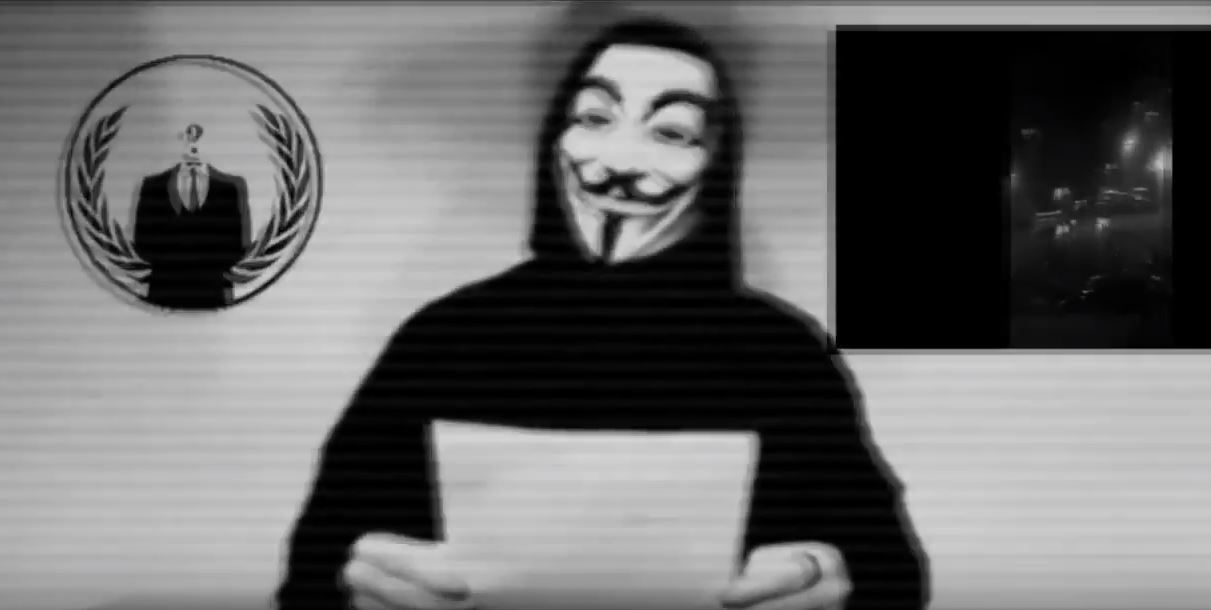 Following the horrific attacks in France last week, the infamous ‘hacktivist’ group Anonymous has stated that it will hunt down those responsible. In a video released via YouTube, they declared war on the extremist aggressors who took the lives of more than 100 people.

“You should know that we will find you and we will not let you go,” the Anonymous spokesperson states in French, his face covered by the iconic Guy Fawkes mask. “Anonymous from all over the world will hunt you down.”

“Expect massive cyber attacks,” he continues. “War is declared. Get prepared.” The video was released just one day after the attacks and has more than half a million views. “We will launch the biggest operation ever against you,” the white mask states. “The French people are stronger than you and will come out of this atrocity even stronger.”

Anonymous made similar threats following the Charlie Hebdo attack and it is expect that they will target extremist websites. Other countries including Lebanon and Syria have also fallen victim to extremist attacks in the past few days. So, as I will state in any article on the topic, I would hope that the global response doesn’t neglect any one country in favour of another.

Below is an English version of the video: