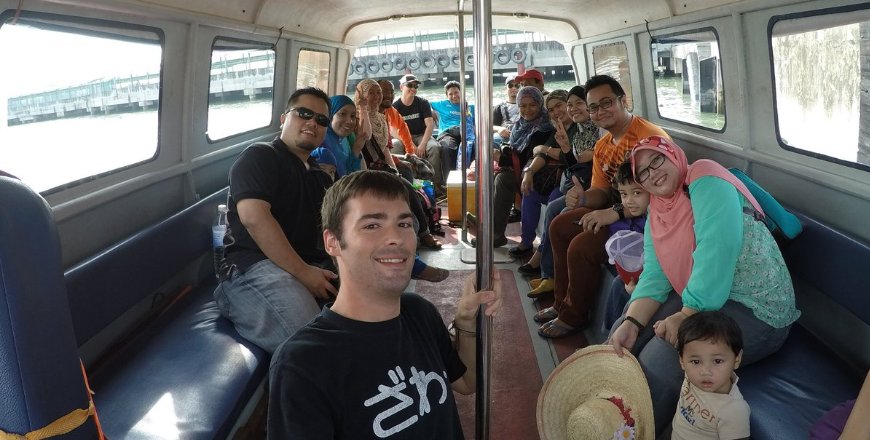 There is this very negative image of Muslims thanks to terrorist groups such as the Al-Qaeda and ISIS. Their extremism coupled with their use of the name of Islam for their so-called acts of ‘justice’ has brought shame to Muslims.

Then, to make things worst, ignorant people grouped the peaceful Muslims and terrorists together. Ultimately, further tarnishing the overall name of Islam.

Many people, such as the US President Donald Trump, used this as an opportunity for their own gains. Trump used the instilled fear of Americans towards Muslims to help win over supporters.

And so, ignorance continued to veil over many people who weren’t Muslims or familiar with the people. But one particular American decided to speak out.

In a simple yet inspiring tweet, Derek Freal sent out a message to Trump about how awesome Muslims are, and these people are from Malaysia, of course! 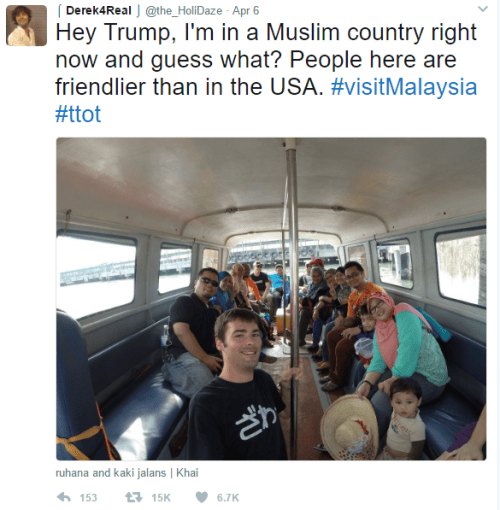 The picture included him with several of his Malaysian friends in what seemed like a boat. Many people of our country proudly shared the picture to spread the truth.

Derek is a full-time traveler and he records all his awesome adventures on his blog. The super cool American has actually gone around many countries in the world.

Indeed, Malaysia truly is a peaceful country whereby majority of the people here are Muslims.

And all these people of different faiths have worked together, eaten together, and lived together for the longest of time.

Besides that, Malaysia also applies the Shariah Law on the Muslims here. But these people aren’t as barbaric, ugly, or radical as how Westerners believe us to be.

We do not chop off people’s hands for stealing or stone people to death. Malaysia has got many peaceful Muslims, and so do the rest of the Muslim countries.

Also read: “I’m an Indian and I Don’t Mind About the Azan. I’m Rather Thankful for it.” 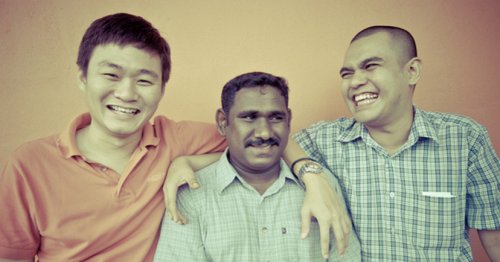