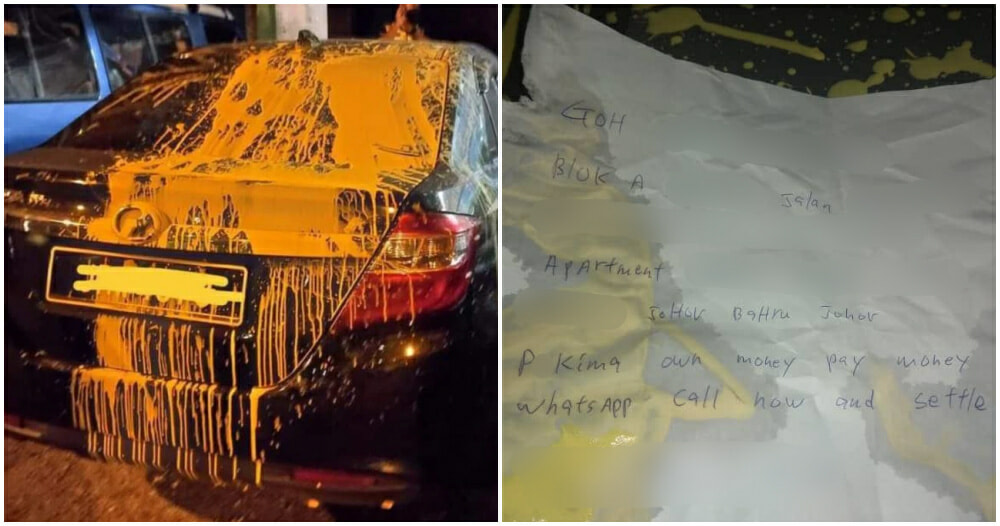 According to Harian Metro, one of the residents, Nazaruddin Bijan, 48, said his Perodua Aruz was also targeted by the irresponsible party.

“My family and I live in a shop house building nearby. I was aware of the incident at 3.15am after waking up when my child was crying. I then surveyed the situation outside the house before finding my Perodua Aruz splashed with yellow paint,” he explained. 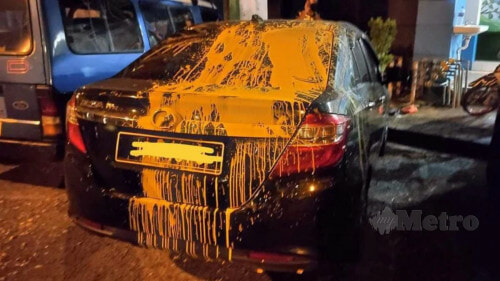 “Besides that, three neighboring vehicles, including a four-wheel drive, were also splashed with paint,” he added.

Nazaruddin said he also found a note that recorded the names and addresses of certain individuals he did not know. The note read, “owe money, pay money.”

“The note also had a telephone number written on it to be contacted to discuss payment matters. I hope the police can arrest the individuals involved in this paint splashing case,” he said. 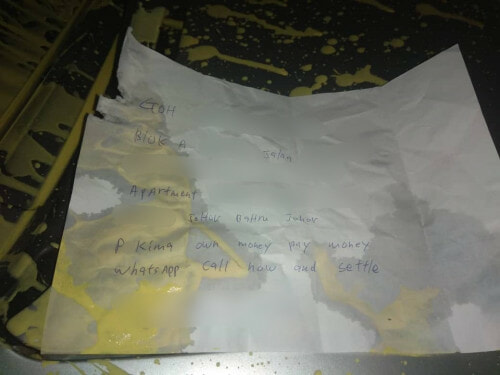 According to him, it costed him RM800 to RM1,000 because he had to remove the paint on his Perodua Aruz.

“I hope the frequency of patrols by the police in this area can be increased,” he said, adding that he had also lodged a police report.

“The case is being investigated under Section 427 of the Penal Code,” he said. 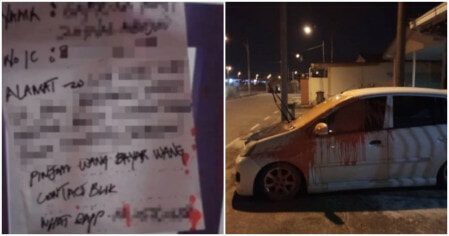