An 81-year-old man, who went out to buy dinner, got lost after he absentmindedly rode his motorcycle more than 80 kilometres from Ayer Keroh, Melaka to Pagoh, Muar and had to spend the night in a bus shelter.

According to China Press, the old man, who lives alone in Ayer Keroh, took his motorcycle out on the evening of 6 June to pack food for dinner. However, he started riding on the PLUS Highway and ended up at the Pagoh Toll Plaza in Muar. 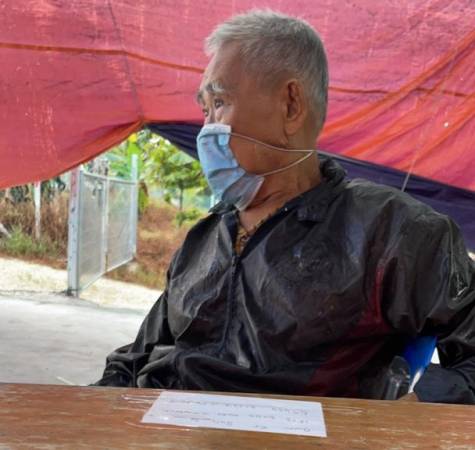 Because it was dark at the time, he didn’t know where he was and all the shops near him were closed. The man had no choice but to spend the night at a bus shelter at the side of the road.

The next morning, it was raining heavily and the elderly man, cold and hungry, rode his motorcycle until he reached a durian stall in Bukit Pasir where he met a man and his son.

The man surnamed Yu, said that the elderly man had bloodshot eyes and looked quite tired, but didn’t know why he had come to Muar. When Yu asked the man how he could travel interstate, the man said that the police officers were on break when he passed the roadblock. 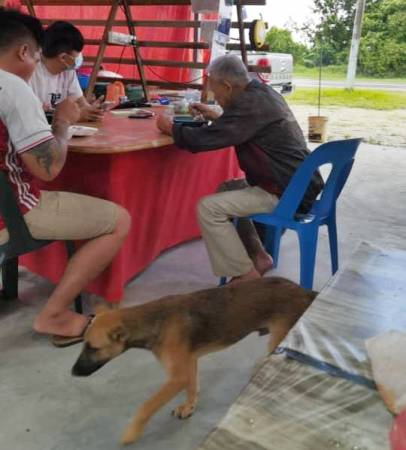 Unable to bear the sight of the starving old man, Yu and his son made a hot drink and served him breakfast before trying to contact the man’s nephew. However, the nephew hung up because it was an unknown number.

Nevertheless, Yu didn’t give up and sent the nephew a photo of the elderly man’s IC on WhatsApp as proof and finally managed to get through to him. After discussing with the nephew, they decided that it was better for Yu to send the elderly man back to Ayer Keroh. 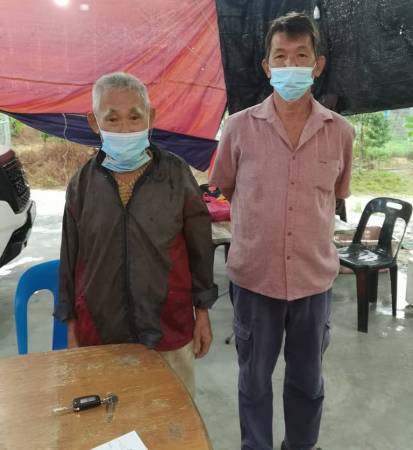 Yu and the elderly man

Yu then went to the Bukit Pasir police station to get an approval letter and safely sent the elderly man and his motorcycle back to Ayer Keroh in Melaka.

The elderly man’s family expressed their gratitude for Yu’s help while Yu hopes that the old man’s relatives can show more concern for the old man who is living alone.

Also read: Elderly M’sian Couple Heartbroken After Their Only Child Commits Suicide Due To Financial Problems 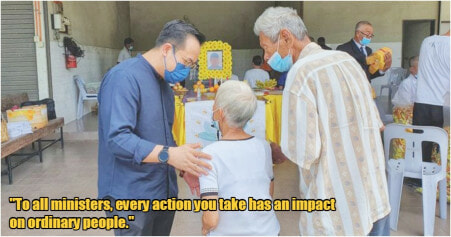