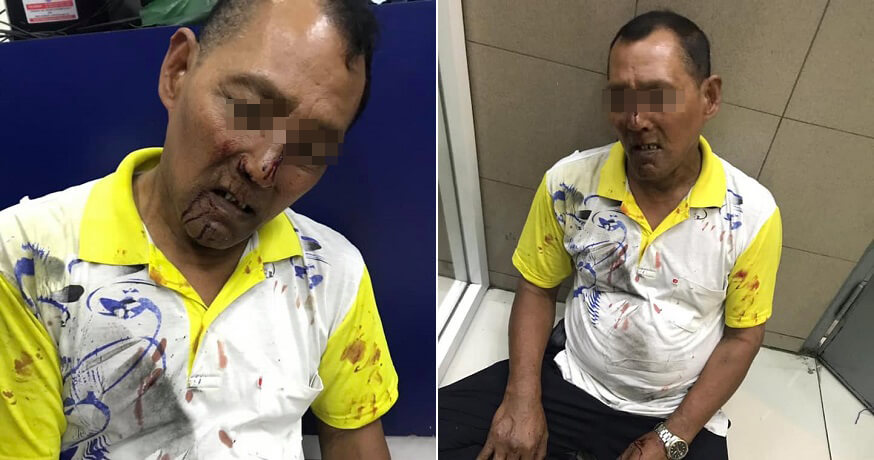 How could they do this to a 60-year-old father?!

According to a Facebook post, a 60-year-old man was brutally beaten up and robbed by a group of three people. The daughter of the victim, Intan Yusof, shared that her father was left unconscious for several minutes and was later found covered in blood. 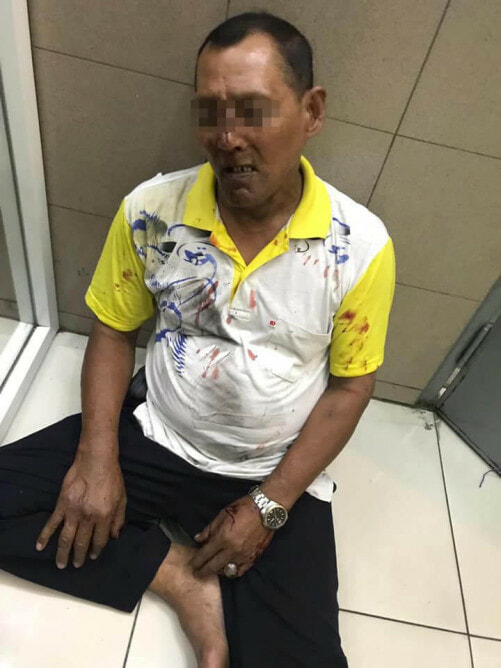 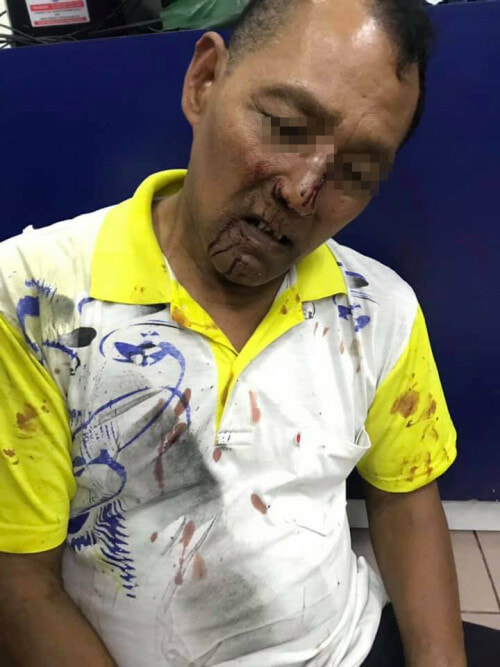 Did you see that footprint on his shirt!?

The victim, who was working as a security guard, was patrolling Kip Mall Bangi on his motorcycle when the incident happened. At around 1am, the suspects appeared at the mall and wanted to break into the complex that he was taking care of. They were all wearing helmets and holding sticks in their hands.

When they saw Intan’s father, the suspects hit him in his face, causing the 60-year-old victim to immediately fall off his motorcycle. They then stepped on his body and used sticks to beat him up after taking all of his money. The victim was left unconscious in the parking lot for approximately 10 minutes.

After he regained consciousness, he started to crawl up the staircase and slowly made his way to a friend who lived nearby. His friend then called Intan to inform her that her father had just been assaulted and that he was found covered in blood.

Fortunately, the victim survived the assault and did not suffer from any permanent damage. In a follow-up post, Intan shared that her father is currently resting at home and has been showing signs of recovery.

“Thank God that my father is getting better. His body still hurts and he can’t move his fingers as they are still swollen. However, he’s more stable now and he doesn’t black out anymore. Although he bled from his nose last night, overall, he is still okay.”

Intan ended the post by expressing her gratitude to everyone who prayed for her father’s recovery. She also added that the police are currently investigating the matter and that they will be bringing her father to review the CCTV footage soon.

We’re glad that Intan’s father is recovering and that he is getting better. If you’re ever thinking about going out at night, especially if you’re alone, please be careful and try to stay away from deserted areas. 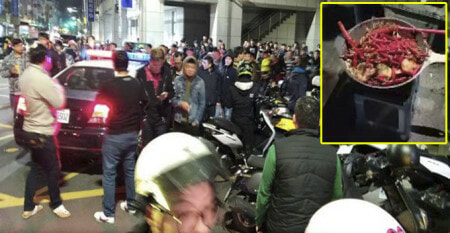