Have you ever received an assignment to do and you just couldn’t be bothered, so you did the most half-assed attempt at it?

Yeah, it was reported by the Singaporean ICA (Immigration & Checkpoints Authority) that 4 Malaysians were arrested last Thursday (28 Feb) at the Singaporean Woodlands Checkpoint for trying to smuggle a woman into Malaysia.

The car was driven by a 42-year-old Malaysian female, with another friend seated at the passenger seat when they found the car’s illicit cargo- a female Myanmar national “hidden” in the car.

Given the bizarre tactics smugglers have taken over the years, you’d expect something a little wild. Did they try to hide her inside the glove compartment? Maybe a secret compartment in the car seats? Or did they go ham and straight up disguise her as the car seat itself?

Well, none of the above because they just stuffed her into the back of their car – the car boot! 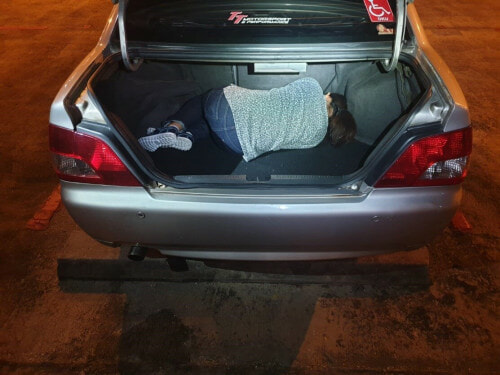 The Burmese woman had no travel or identification documents on her.

The ICA officers then noticed a red car idling right outside the immigration area, deducing they were in cahoots with the trio of smugglers, they quickly set up a lockdown at 8.03pm and busted both the male driver and another female passenger. 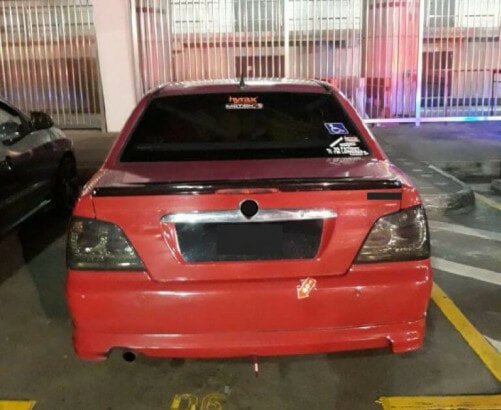 All 5 perpetrators were promptly arrested. The four Malaysians, all aged between 29 and 42, were charged on Saturday (2 March) for engaging in the business of transporting prohibited immigrants out of Singapore. The Malaysians will get two to five years imprisonment and at least three strokes of the cane if convicted.

The ICA has announced a stern warning to all illegals, posting the following message: “Our borders are our first line of defence in safeguarding Singapore’s security. The ICA will continue to conduct security checks on passengers and vehicles at the checkpoints to prevent attempts to smuggle undesirable persons, drugs, weapons, explosives and other contrabands.”

They also ended their FB announcement with the hashtags #ICheckAll and #GuardiansOfOurBorders.

Netizens, as usual, had a lot to say about it. Some praised the ICA for their prompt action. 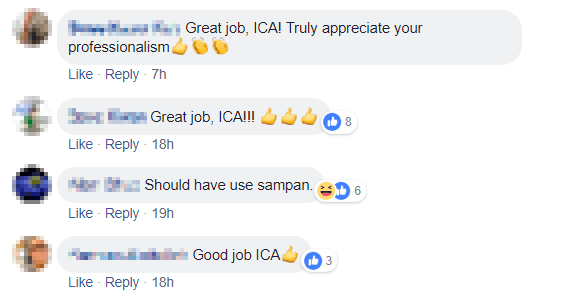 But most netizens were amused by just how low-effort the entire thing was.

As for us, we just gotta award them a star for their efforts. 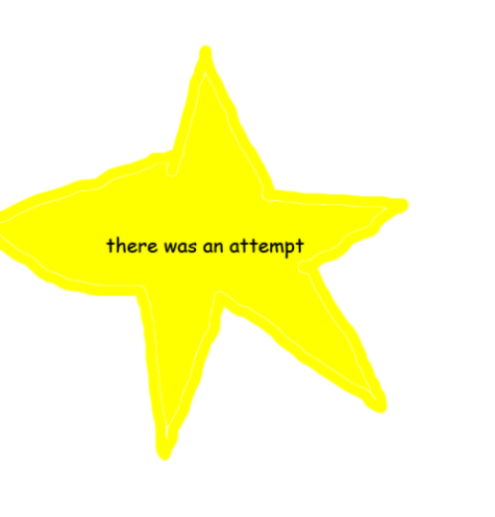 What was the most low-effort thing you’ve ever seen done? Let us know some of your experiences in the comments!

Also read: Man Gets Caught Trying to Smuggle 4 Kittens into S’pore by Putting Them Down His Pants 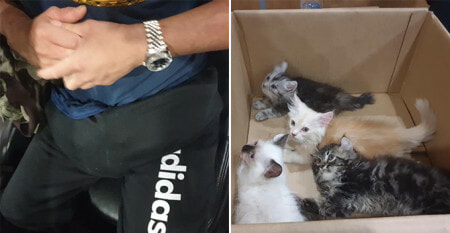