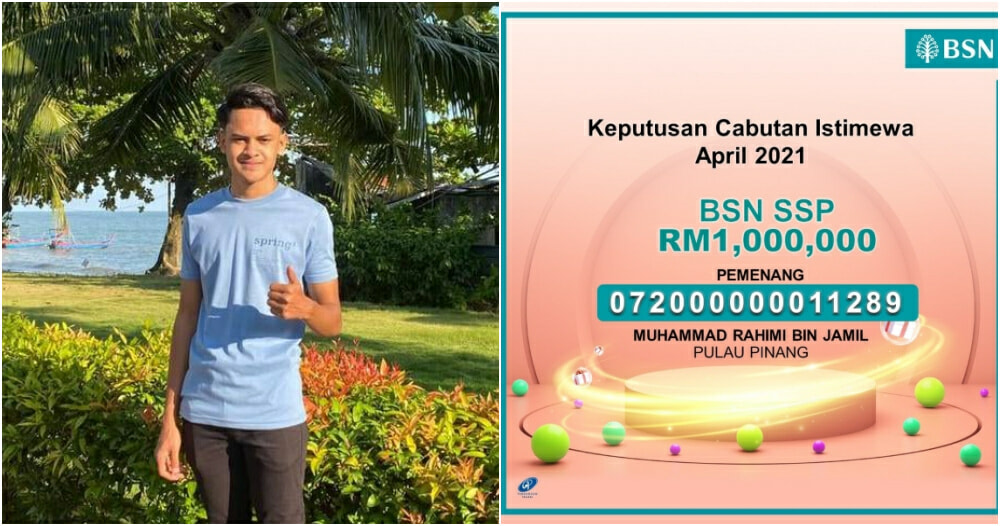 A 17-year-old boy made history when he became a Bank Simpanan Nasional (BSN) Sijil Simpanan Premium (SSP) millionaire after being selected as the winner of the BSN SSP Special Draw in April 2021 and took home a certificate worth RM1 million.

According to BERNAMA, BSN chief executive Jay Khairil said the teenager from Teluk Kumbar, Penang started saving in BSN SSP with the help of his parents who started the savings as a channel for him to save money. 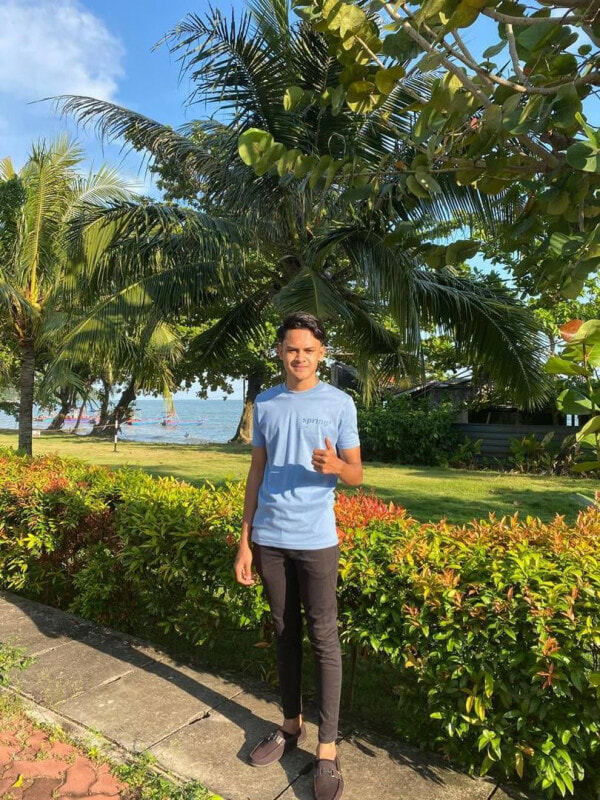 “BSN is always committed to encouraging saving habits among Malaysians, especially the young. We have implemented continuous efforts and improved from time to time such as seen from our flagship product, BSN SSP, “he said.

He added that this year, BSN was offering prizes worth more than RM30 million to more than 19,000 winners with a draw ceremony that is being held in accordance with strict SOPs and a live broadcast on BSN Malaysia’s official Facebook social media platform.

Exclusively for June and December, two winners would be announced as millionaires while only one winner will be announced for every other month. 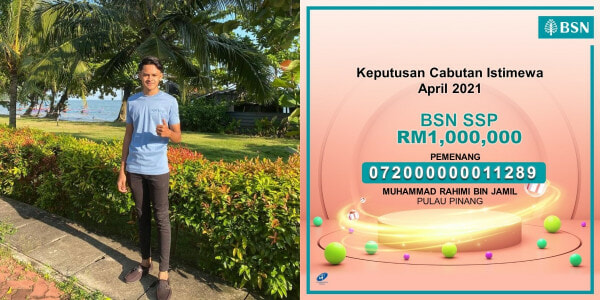 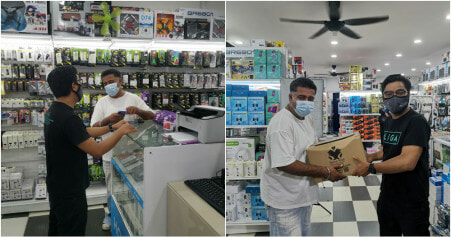