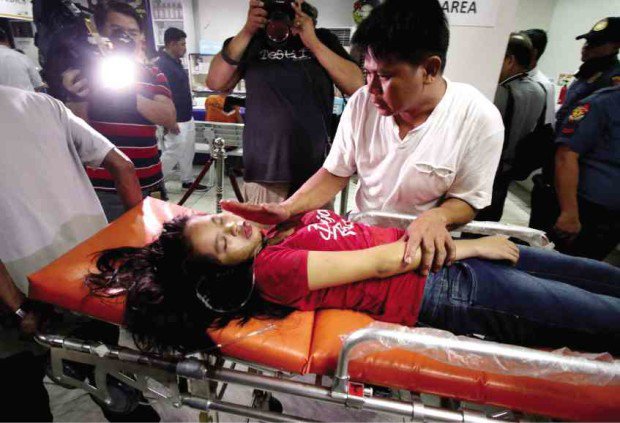 Emilyn Villanueva from Malabon, Philippines had a bright future ahead of her and dreamed of being a chef when she graduated. However, all these happy hopes were dashed when she was hit by a stray bullet on New Year’s Eve.

The 15-year-old girl went into a coma after a stray bullet hit her head and she was then pronounced dead on Wednesday at 6.10 pm. 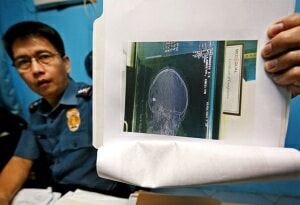 She had just stepped out her house to watch the spectacular fireworks show with her friend and was happily texting when the bullet struck her in the head. She was transferred to the intensive care unit at the Jose Reyes Memorial Medical Center (JRMMC) in Santa Cruz, Manila. Doctors said that she had a very low chance of survival as her brain was 50% damaged. The parts of the brain that were affected controlled speech, motor and other important functions. 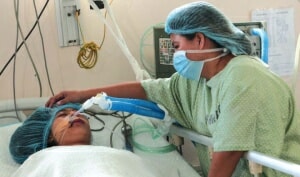 “I wish December 31 had never come,” wailed Marilyn Villanueva, mother of Emelyn. “We were welcoming the New Year, we were happy and then that happened.”

According to police investigations, it was not an indiscriminate shooting but a deliberate act that unfortunately found the wrong victim. Apparently, the bullet was supposedly meant for her neighbour who managed to avoid it and the authorities are currently amidst investigating the identity of the gunman. 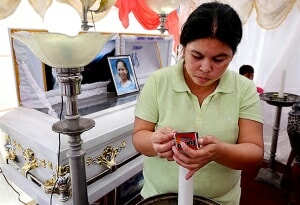 “This is our saddest news for the New Year. She was doing well in school and had a great future ahead.”

She also stated that Emilyn Villanueva died from cardiac arrest and an autopsy will be carried out on her remains.

Rest in peace, Emilyn. May justice be served on your behalf.