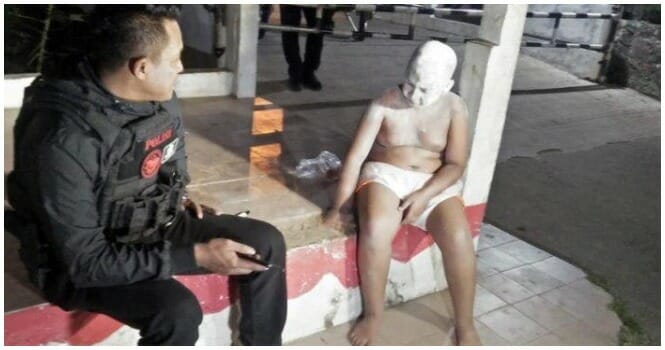 The police are usually called to investigate murders, abductions and more. You won’t believe what the police department had to inspect when they were dispatched to this crime scene in Jakarta.

The Depok Police Department sent their Jaguar Team, a primary unit that combats street crime, to catch and admonish a 13-year-old boy, The Jakarta Post reported.

The young boy, named A, dressed up as a ‘toyol’ and planned to scare the local people in Beji while filming the prank for a YouTube channel. 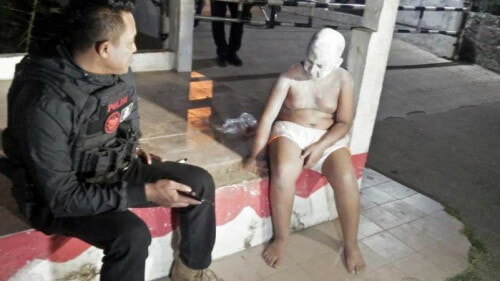 A and his partners in crime were caught red-handed when they were filming the prank.

According to the Jaguar Team chief First Insp. Winam Agus, A’s three or four friends were 50 metres away from A as they were filming him.

A was only wearing short pants and his body was covered in white powder.

He ran away when the policemen came near him and hid behind a bush. Unfortunately, his whole body was white and that gave away his hiding spot.

Obviously frightened by his predicament, A told the police that he had only intended to make a video with his friends. Luckily, the police only reprimanded him to not repeat the behaviour, and he was led home by some of the other residents.

Sometimes, pranks can go terribly wrong and it’s not all the time that the authorities are lenient. So kids, please think twice before you’re planning the next prank!

Also read: Kid Receiving His ‘Sunat’ Pretends to Faint and Trolls Everyone In the Room 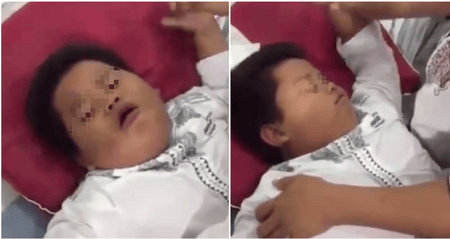