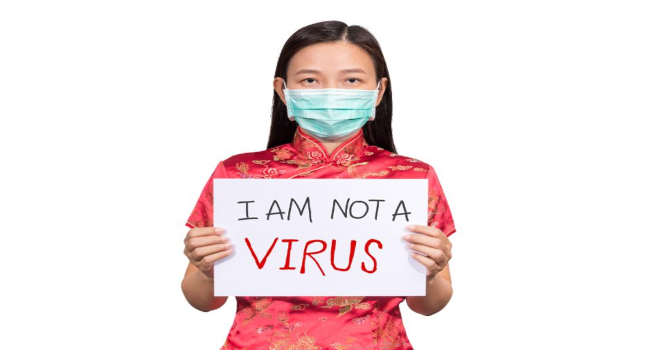 Ever since the epidemic spread of Covid-19, people all around the world have been fuelled by fear, which is totally understandable seeing the fact that it is a deadly disease that has no cure yet. However, besides fear, there also exists a handful of plain rude and evil beings that are fuelled by racism and hate. As you read further you will see how the worst of situations brings out the worst in people. These are 10 unbelievable incidents that happened around the world when people were racists because of Covid-19.

This has been trending on the Internet recently and it is simply crazy. A 23-year-old Singaporean boy was attacked on Oxford Street in London because he was of Chinese ethnicity! A report by CNN, stated that the boy who was studying in London wrote about what had happened to him on a Facebook post.

“The guy who tried to kick me then said, ‘I don’t want your coronavirus in my country’, before swinging another sucker punch at me, which resulted in my face exploding with blood (from my nose),” he said.

He was left with a few fractures and his doctors told him that he may need reconstructive surgery for his face. There has been no arrest issued yet, but the police are said to be looking into the matter. 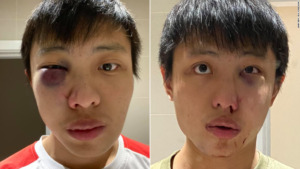 Racism also went down when a boy called Jason Ngan and his brother got into an elevator at Manchester’s Piccadilly station. “We’ll be in trouble if these guys sneeze on us”, was whispered when they got in, despite the fact that they were both born and bred in the UK.

According to The Guardian, At the time, there were only four confirmed cases in the UK, but there was already loads of racist behaviour surrounding the virus. Ngan’s mother for instance, runs a Chinese restaurant in Greater Manchester, and since the confirmation, the restaurant has suffered a real notable downturn.

“It’s been very noticeable, far fewer customers since all this started”, said Ngan. 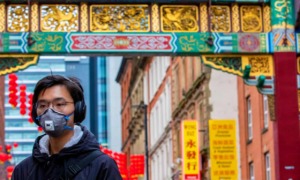 As reported by The Star, a postgraduate student was verbally abused and nudged by three people in broad daylight while she was walking towards Sheffield University in the UK. She was wearing a protective mask at the time as instructed by the media, in order to protect herself, when she was stopped and questioned by the group. They asked her why she was wearing a mask and if she had a problem. She didn’t answer out of fear. 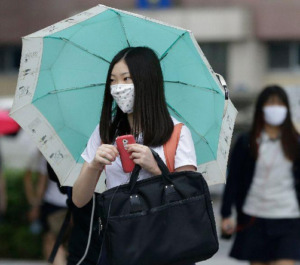 Two students, ages 16 and 17, from an international college in Leicester-shire who were said to look of Chinese ethnicity were pelted with eggs! The boys were hit on their torsos after being targeted in Market Harborough.

“Our students, who look Oriental but are not Chinese, were deliberately targeted by these thugs,” said the principal at Brooke House College in Market Harborough.

The incident has been reported to the police and the boys weren’t hurt, based on a report by Leicester Mercury. 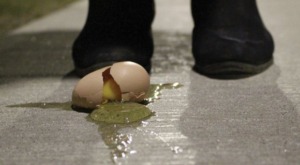 A Vietnamese American TikTok user was targeted when she received some vicious comments.

21-year-old Trang Dong decided to post a video on TikTok of her and her cousin slurping leftover broth from pho (a Vietnamese cuisine). Based on a write-up by The Verge, instead of using spoons, they tried to make it funny by using chopsticks instead. However, what was meant as funny and a joke took a turn for the worse. Since the upload of her video, she has received one too many negative-racist-coronavirus-related comments.

One user wrote “Where is the bat in your soups???” while another wrote “Its corona time”.

When others challenged the comments that were posted, they defend them as ‘jokes’. According to Dong, those ‘jokes’ really damaged her sense of identity and well-being. 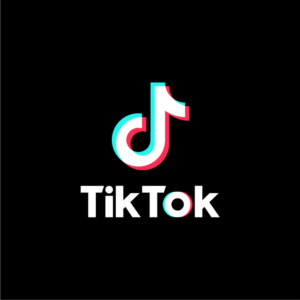 At no.6 is when a Thai American woman was verbally assaulted in the subway in Los Angeles for a whole 10 minutes, according to CNN. At this point, I’m already at a lost for words.

This woman who isn’t even Chinese, (not that it’s okay to do it to a Chinese person), was on the subway when a man lectured another passenger while specifically looking and gesturing at her.

“Every disease has ever came from China, homie. Everything comes from China because they’re f****** disgusting. They can be so smart and be like, ‘Oh yeah, I developed this, I developed that.’ But like yeah, you can’t even wipe your a**”, he said.

She recorded the entire incident and stayed silent the entire time. She then went online and discovered that so many other Asians were also facing similar scenarios since the Coronavirus outbreak.

“It made me realize how big this is, and that what happened to me definitely is not unique,” she said. 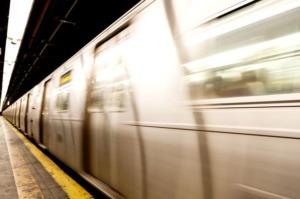 7. Woman Gets Beaten For Defending Chinese Friend Who Was Insulted

This woman is beaten unconscious by a man because she defended her Chinese friend from his abusive comments!

According to the Independent, the 29-year-old (Solanki) was out celebrating her birthday with her friends at a bar in Birmingham when an attacker began harassing her friends. After continually bothering and attempting to spit at them, he began hurling racist slurs at Mandy Huang, 28. He said, “take your f**king coronavirus and take it back home”.

“I was shocked and angry, so I shouted for him to stop and tried to push him away. He punched me in the head, I hit the pavement and was knocked unconscious. As I lay unconscious he continued to threaten my friends and abuse them before walking away calmly with his group of friends who did nothing to stop him or help me”, said Solanki.

She was then taken to the hospital and was held for 6 hours while being treated for a concussion. She was not able to work for a week after the attack. 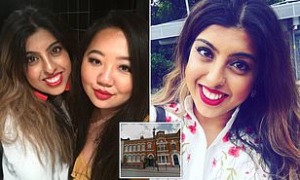 8. 24yo Guy Gets Assaulted & Robbed In London

Based on an article by The Guardian, a 24-year-old tax consultant was violently assaulted and robbed by teenagers shouting “coronavirus” in London.

“I’d just got off the bus at Fulham when I heard a faint sound directed at me from my left across the street. I had these noise-cancelling headphones on and took them off as these guys just shouted ‘Coronavirus! Coronavirus! Ha, ha!’ in my face while filming me when one of them snatched the headphones from my neck. They ran across the road and I ran after [one of them] shouting: ‘Why are you doing this?’ When I reached the traffic island he turned around and punched me to the ground. There was blood everywhere.”

No one helped initially, till two people came by and got him an Uber to the hospital. He later gave the pictures he took of his attackers to the police. 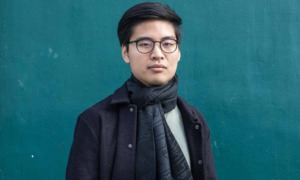 Due to the coronavirus outbreak, people from China in Ukraine were evacuated by buses. As the buses carried the passengers, dozens of protesters showed up and began throwing stones at the buses. Despite the fact that the Ukraine authorities had confirmed that none of the evacuees had symptoms of the virus, people still showed hate, with some even attempting to block the buses. However, the police did manage to control the protesters and the buses carrying the evacuees were able to reach the sanatorium for quarantine, as reported by the Independent. 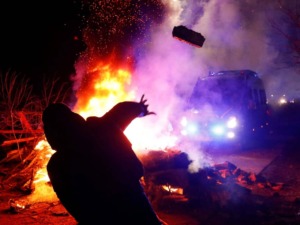 As we’re at the end of the list, and what we hope is the end of racism from here on out, we go to Australia, where a family refused help from Asian hospital staff in Melbourne, according to ABC.

“One of our staff let us know that she had had a family refuse to let her provide care for their child on the basis of her race, and what they declared was their concern that she was a risk of spreading coronavirus to them and their child,” said one Dr Lewena from the hospital.

The staff also reported seeing patients avoiding those of Asian appearances in waiting rooms. The scene took place at the Royal Children’s Hospital. 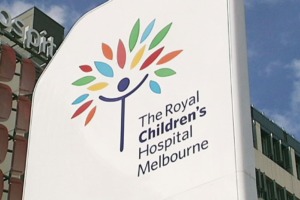 Based on these 10 scenarios and the numerous others that exist out there, it is without a doubt that many do not know how to handle the situation we are all facing today. Yes, it is scary and many live in fear. But to those that have inflicted some form of racism because of the epidemic, onto someone else, take a second to think how what you’re doing will affect those around you. It is NOT okay to be rude or violent and it is NOT okay to be racist.

Also read: Netizens Are Divided Over This Video Of Teacher Raging At Student, Throwing Random Items At Him 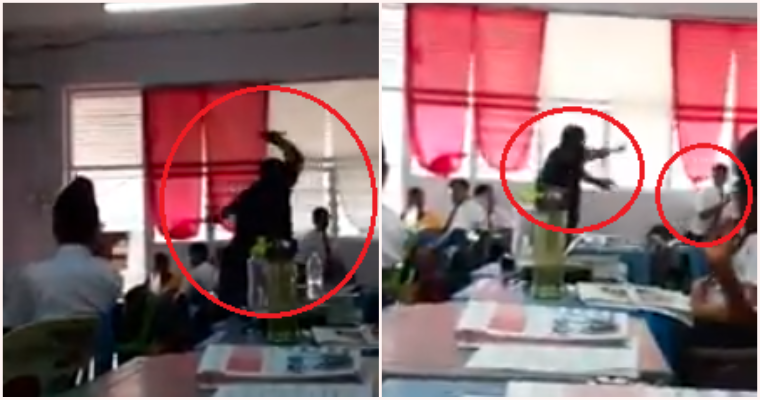