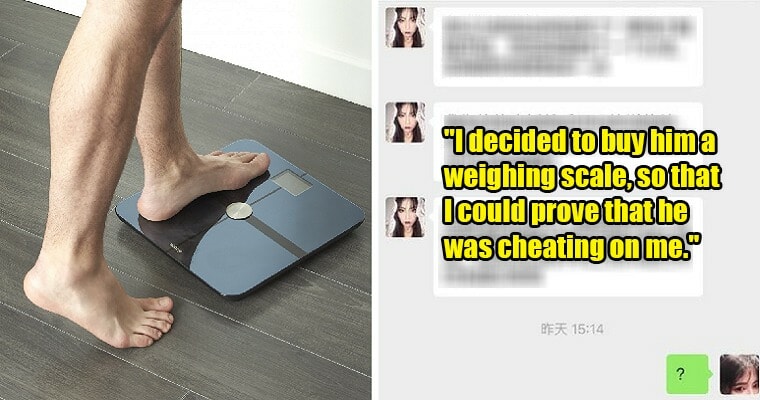 They say that a woman’s instinct is spot on and although we may seem to be a bit suspicious at times, it’s the worst feeling when your suspicions about something bad is proven to be true. This woman had the sinking feeling that her boyfriend was cheating on her and since she didn’t want to rush into any conclusions, she thought long and hard about gathering evidence to see whether he was really two-timing her. 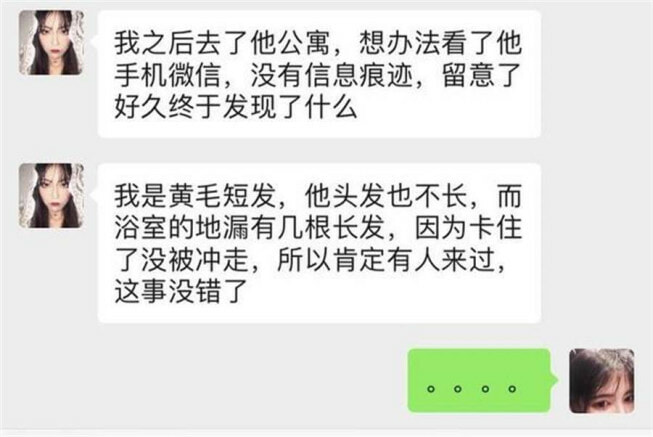 According to China Times, screenshots of the woman’s conversation with her friend was posted on Chinese social media and the method she came up with to catch her boyfriend red-handed was rather ingenious. Since both of them worked in different places that were rather far apart, they agreed that they would live separately but would still meet up a few times in a week.

It all started one day when she was playing PlayerUnknown’s Battlegrounds (PUBG) with her boyfriend at night. Suddenly her boyfriend shouted and said that he could hear a plane approaching and asked her to take cover in the game. Puzzled, she said that she didn’t see anything in the game and deduced that he must have been near the airport while playing the game. 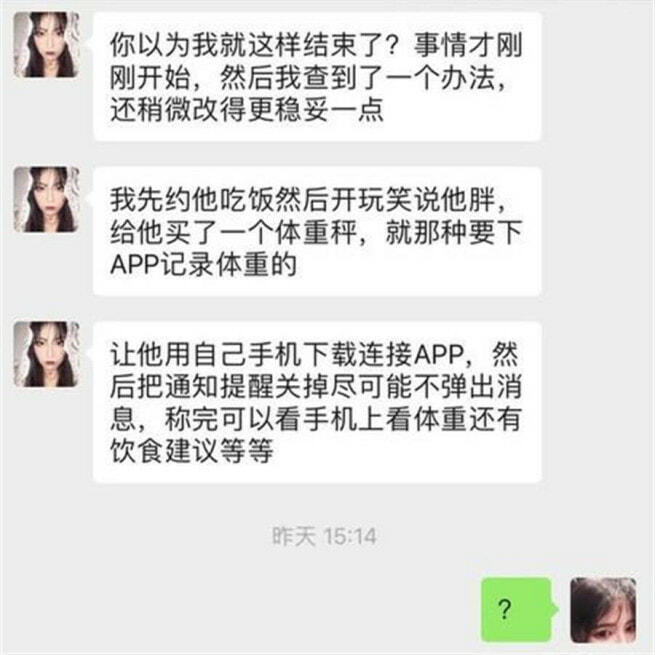 This doesn’t seem too suspicious but seeing as her boyfriend doesn’t live near the airport, she asked him where he was. Unfortunately, he lied to her and said that he was at home the whole night. She told her friend, “If he had told me that he was outside with his friends I would have believed him but he lied to me.”

The woman knew that something was wrong and she decided to investigate. She went over to her boyfriend’s home and looked at his phone but there was nothing suspicious there. However, when she was inside the bathroom, she found a few strands of long hair by the drain and since neither she nor her boyfriend had long hair, this aroused her suspicions even more. 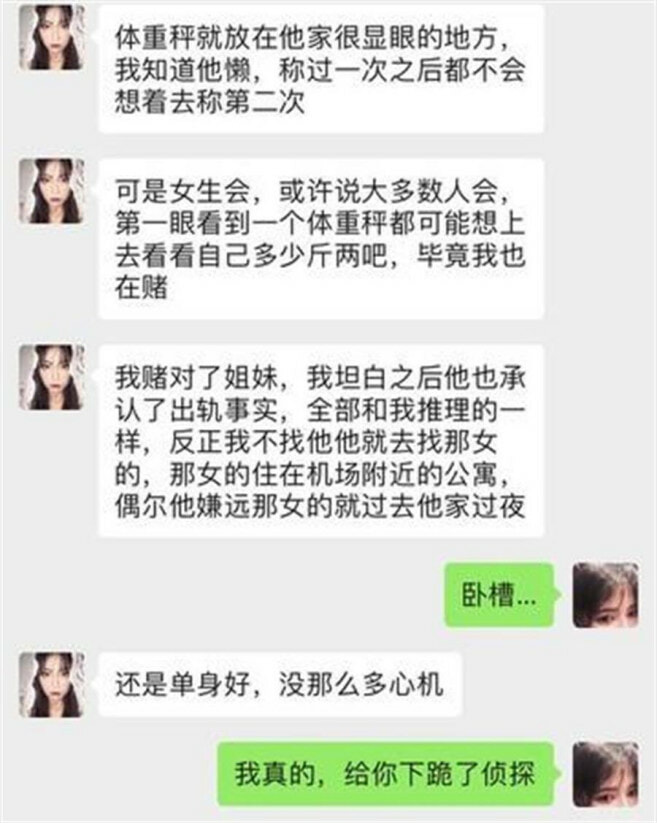 Thus, she hatched a plan to get more evidence that her boyfriend was two-timing her before she confronted him. She said to her friend, “First, I invited him out for a meal then I jokingly said that he seems to have put on some weight so I gave him a weighing scale. I told him that this could ensure that he can monitor his weight and the scale had a connected app that could help him keep track of the weight and his health.”

“I helped him download the app but turned off the notifications and placed the scale in a prominent place in his home. I know that he will be lazy to monitor his weight but many people, especially girls would be tempted to use it,” she added. Wow, bet you would’ve never thought of that! A few days later, she went over to her boyfriend’s house to check it out and to her disappointment, her suspicions were proven to be true. 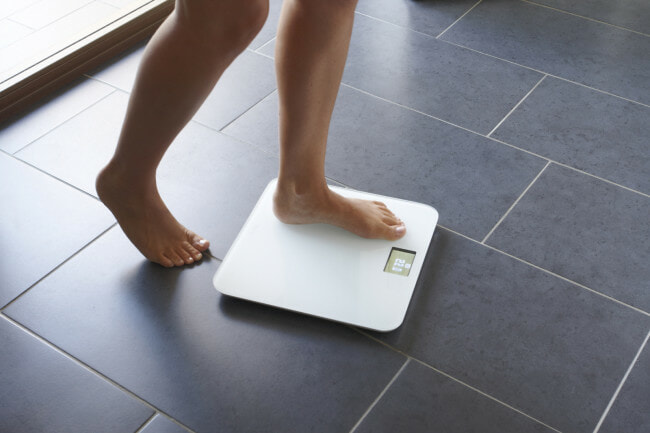 Source: on the regimen

A check on the health app showed that someone weighing 47kg had recently stepped on the scale and since the woman and her boyfriend both exceeded this weight, she confronted the man. He broke down and admitted that he was cheating on her and would often head over to the other girl’s house located near the airport. When he was tired, she would come and stay over at his house instead.

Her friend was simply amazed by her investigative skills and netizens were equally stunned as they didn’t know that an innocent weighing scale could be used like this.

The best way not to get caught is perhaps to not cheat on your other half in the first place because it’s all going to end in heartbreak and tears!

Also read: Man Finds Out His Girlfriend Cheated on Him, Rents Giant Billboard Just to Break Up With Her 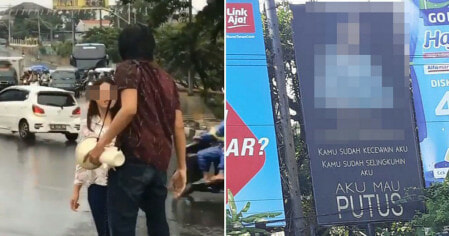