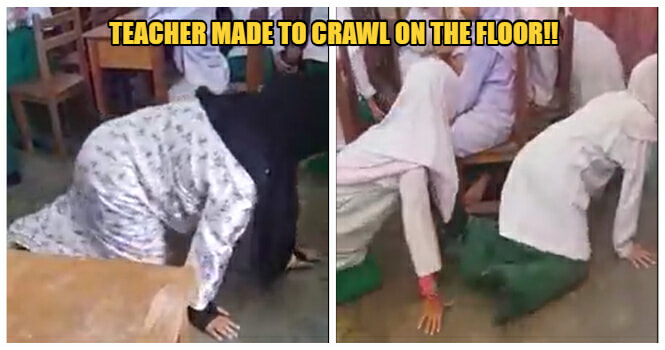 Spare the rod and spoil the child they say. But what if the one that holds the rod is the one that’s spoiled? The mother of a student who was punished at school by an Ustazah, forced the Ustazah to crawl around the classroom for punishing her kid.

Confused? So are we!

As reported by Harian Metro, a video of the entire scenario was recorded and uploaded onto Facebook with a brief description of what had happened. From the video, a lady is seen walking into the classroom taught by the Ustazah. After some time, the Ustazah invites along a few students to crawl on the floor with her. Witnessing the entire thing is the other students and another teacher in the class. The lady, however, becomes unsatisfied because of the Ustazah’s request for other students to join her.

The school where the scene took place has yet to be identified, but based on the footage, it is from a religious school. Netizens were enraged at the scene and here’s what one said.

“How rude of her to do that to a teacher. She should educate her child if she doesn’t intend her to get punished. To teach is to learn from punishment. Even anger doesn’t justify making a teacher crawl. A teacher has a reputation and a standard to uphold. In fact, they’re like our parents. How can one have the heart to be so uncivilised?”

Thusfar, a lawyer has stepped forward offering her services to the Ustazah to defend her. 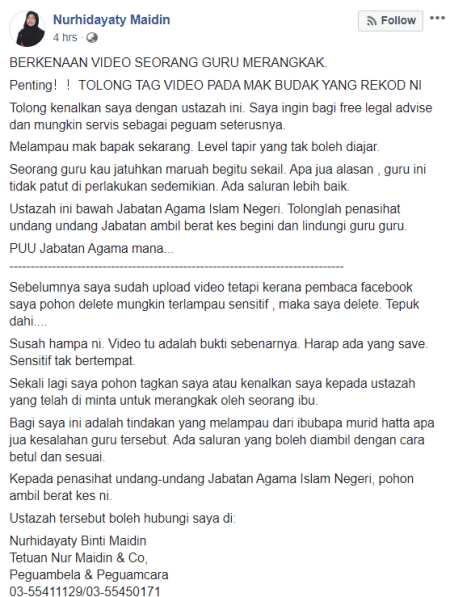 Oops, looks like a certain mother is in trouble! 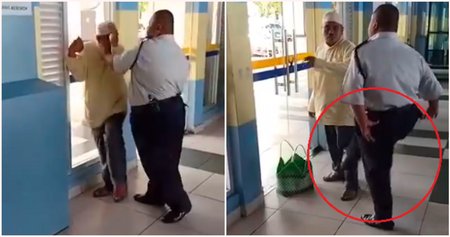