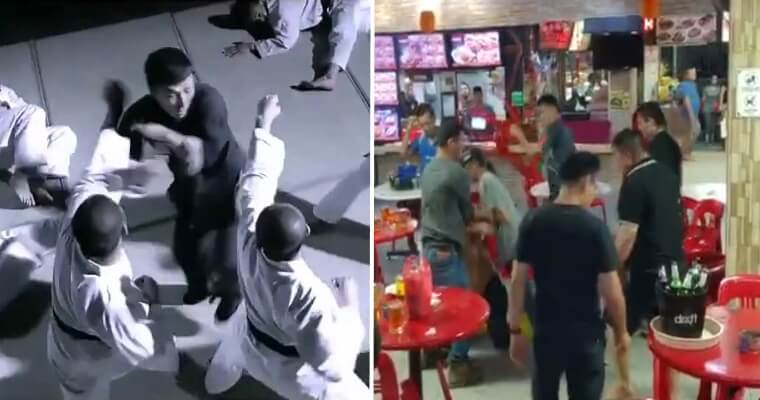 We’ve all gotten annoyed at obnoxious people in public before, whether they are talking too loud, having bad table manners, being rude to the waiter or anything annoying. But have you ever been so annoyed that you’d fist-fight eight uncles over it?

Well. This one Singaporean guy did.

In a report by Mothership, on Saturday night (23 Feb) a man in a kopitiam near Marsiling MRT Station had allegedly gotten very upset when one group was unhappy with another group who were playing poker in the kopitiam. The man, clad in a long sleeve shirt decided to let the first group of uncles know about it.

Video footage shows the disagreement escalate into a shouting match, with the man hurling abuse in Hokkien at the seated men. He taunted them, telling them to shut up, pointing and gesturing aggressively. To the group’s credit, they didn’t seem to retaliate, although they stood up and bristled from the verbal assault.

Yeah, as a general rule, one should not cuss strangers out in public, especially when they outnumber you.

This altercation quickly turned violent as the man allegedly pushed one of the uncles, prompting a battle where the lone man fought against eight people for glory.

…well, not exactly. As it ended up looking more like this.

Another video shows the situation descending into chaos as the group surrounded the man, raining down punches and kicks on him. One of the group even smashes a chair over the man, sending one of the legs flying off.

The brawl continues on as a man smashes a cup against another who’s trying to stop the fight.

The besieged man eventually gets back on his feet, beaten and battered, his shirt covered in blood. The police arrived shortly after and have taken statements from witnesses and bystanders. Singapore Civil Defence Force (SCDF) Officers also came to check on the man’s injuries.

While investigations into the fight are still ongoing, stall owners and residents have testified that fights break out at that centre almost every month. The police are currently investigating the incident and the cause of the fight has not been determined yet.

So, if any of our readers don’t want to have violent beatdowns for dinner, we’d advise being alert when eating near that area. That, and maybe don’t provoke literal tablefuls of people over minor annoyances. 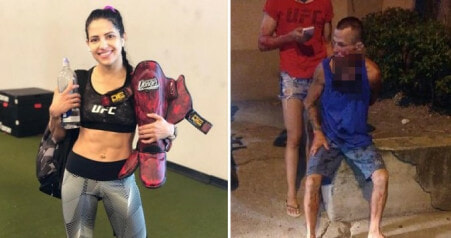