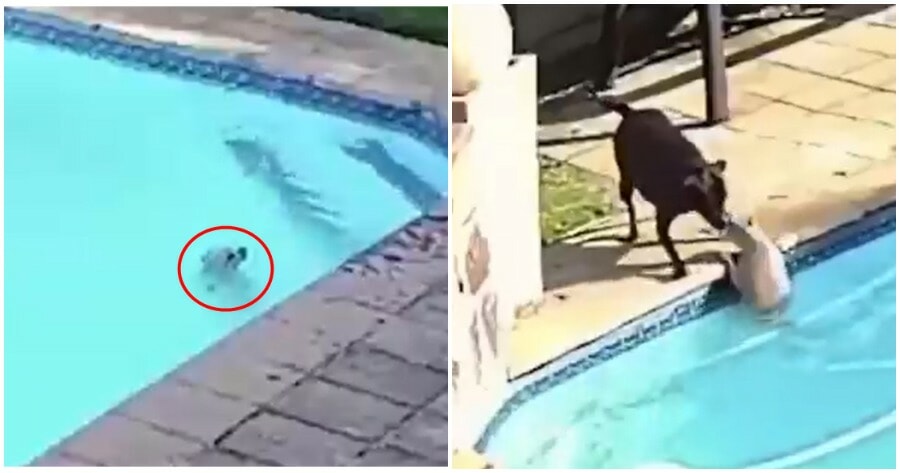 Dogs really have the purest intentions and we don’t deserve them. Plus, we don’t appreciate our four-legged besties enough for doing way more than what’s required of them.

In the latest viral clip on Twitter posted by @RexChapman, a heroic dog saved his furry friend from drowning after it accidentally fell into the swimming pool.

According to India Today, the 59-second clip captured a small doggo walked along the poolside. A few seconds later, the dog slipped and fell into the pool.

The poor thing could be seen desperately trying to keep its head above the water as it waddled helplessly. Thankfully, its big friend who was in the area noticed that his buddy was in danger and made every effort to try and get it out of the pool. How sweet!

The big dog could initially be seen barking to bring attention to his drowning friend. But with no sign of anyone coming to their rescue, the brave doggo decided to take matters into his own paws. It tugged its drowning friend by the ear and attempted to pull the small pup above ground. After a few failed attempts, he finally manages to save the puppy’s life by gently dragging him out of the swimming pool.

The heartwarming CCTV footage attracted 6.2 million viewers on the app and here’s what users think about it;

While we love cats all the same, we have to admit that they wouldn’t have tried to save another animal if they saw it drowning.

What do you think of the video? Let us know in the comment section. 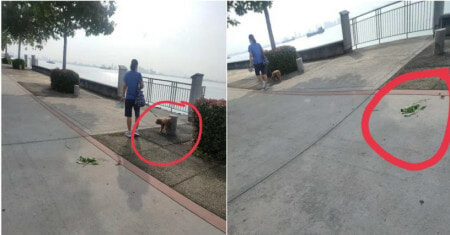