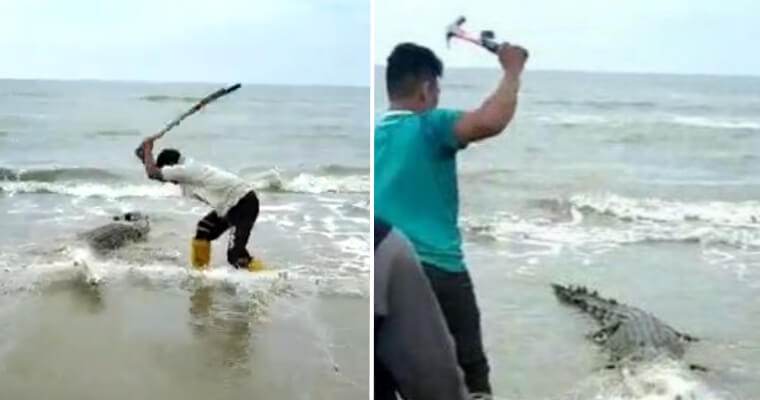 A video has been going viral showing a saltwater crocodile trapped in a fishing net, reportedly off the coast of Miri, Sarawak. The video then shows a group of men dragging the hapless beast further ashore, before beating the crocodile mercilessly.

One of the men in the video uses a large club, striking the animal on its head over and over again. At the first strike, it jerks and tries to retreat into the waters, but the men hold it in place with the net. After several cruel strikes, the dazed croc lies stunned. 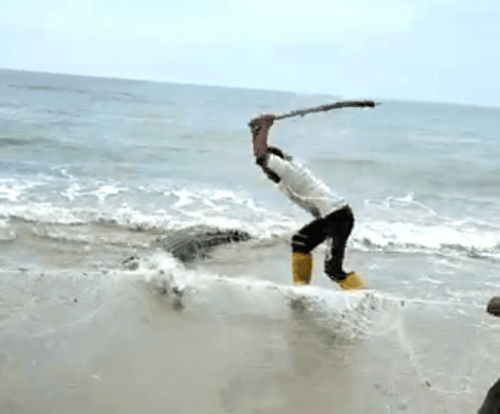 Another man then approaches with a hammer, smashing it down onto the beast’s head. The crocodile writhes in pain, twisting desperately to recoil from the blows. The other men jeer and record the assault. The brutal hammer blows keep coming until finally, the crocodile stops fighting as blood pours from its head, turning the seawater pink. The twitches and sluggish movements prove it’s barely clinging onto life. 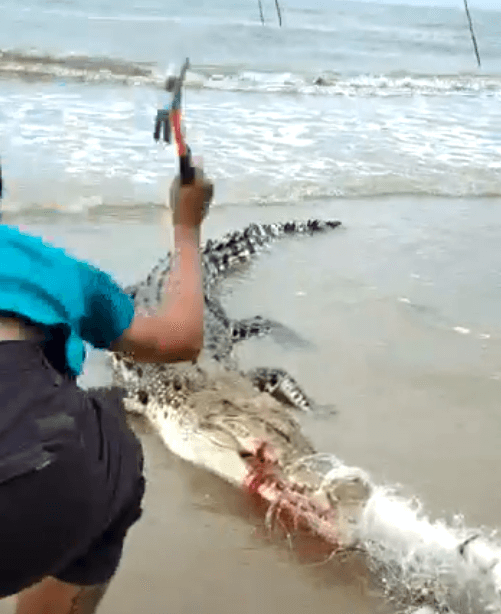 According to The Star, the Sarawak Forestry Corporation (SFC) has been notified and authorities are launching an investigation into this case of animal abuse.

At 9.30am this morning, SFC General Manager Oswald Bracken has been reported saying, “We have sent our enforcement team to the ground in Miri to check on the details as shown in the video. We want to identify the exact location now.”

“The crocodile was already caught in the net. These men could have just notified the authorities like the police or forestry or fisheries to handle the crocodile. What they did is a case of cruelty and they should be hauled up and penalised.”

Some netizens suggested that the location looks like Batu Satu Miri. 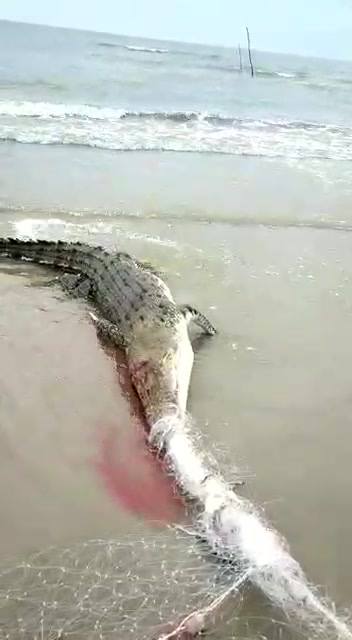 Netizens online have been divided over the issue. Some believe it is better to kill the beast while it’s trapped.

“No harm killing this beast. If we let them, they will kill us. I love animals too but not this creature.”

Meanwhile, others have been more upset by the savagery of the attack.

“Such mindless cruelty. The croc is in its natural habitat and got trapped. How about we trap the culprits in their own homes and bash them up cause they’re ‘dangerous’. After all, we can see how violent these people are.”
“The croc was trapped in a net. Is there really no better way to deal with the situation other than killing it mercilessly? Can’t they just call wildlife officers?”

You can watch the extremely upsetting video below. (Viewer discretion is advised)

What cruelty! We hope the perpetrators will face justice. What do you guys think? Was the beating justified? What should they have done? Let us know your thoughts in the comments!

Also read: Cruel Man Ties Dog Up Before Punching It Until It Bleeds While His Young Daughter Watches 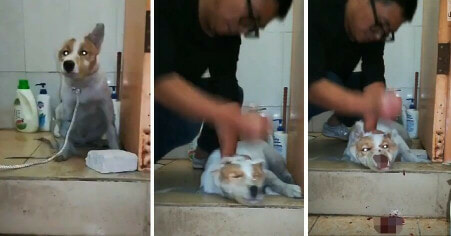