A lot of times when we travel, once too often we’d find our precious luggage which costs a few hundred of Ringgits dirtied, scratched or damaged. Ever wondered why? 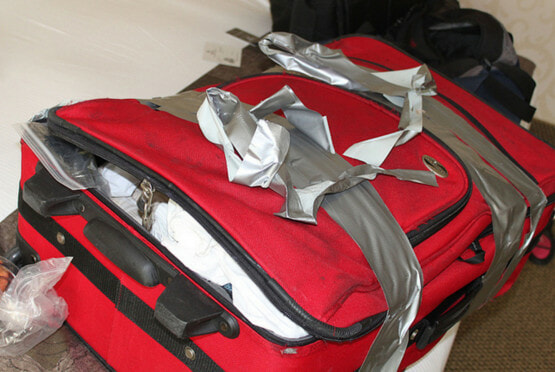 Well, a video was uploaded on Facebook depicting how two airline staffs transfer the check-in luggage from the plane onto the baggage conveyor belt for collection. And boy did they handle them well.

If you are a person that frequently travels with delicate items in your suitcase, this video might especially give your some heartaches. In fact, most people will cringe at the sight of it.

The name of the airline is deliberately blocked out. Nonetheless, the bags in the video can be seen roughly pulled out of the crate and thrown heavily and noisily on the conveyor belt. In fact, a lot of the luggages, especially the hard-cased ones, were flung so carelessly that they’d hit the wall beside the conveyor belt before falling back onto the conveyor belt.

It’s no wonder some of them arrive broken and in a less-than-perfect condition.

The short clip of 1.38 minutes was captioned, “Ugh! No wonder my suitcase is spoilt after the flight!”

The post has garnered over 5,300 times and circulated on social media sites. Netizens are outraged and drawing the conclusion as to why their luggages are broken after flying. Although staffs brutally throwing luggages are not unheard of, the footage of them mishandling luggages we’ve entrusted to the airlines still pains us. 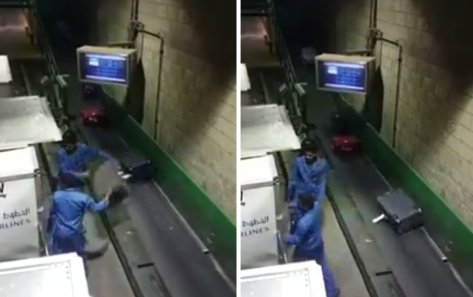 One said, “Maybe they are jealous, we get to vacation overseas and they are stuck working…”

Another stated, “It’s better to buy cheap luggage so that when the throw it, it wouldn’t hurt so much.”

And another boldly declared, “This is not the first time such things have happened. As flying passengers we’ve heard many times of baggages being roughly handled, EVEN THE ONES BEING LABELLED FRAGILE!”